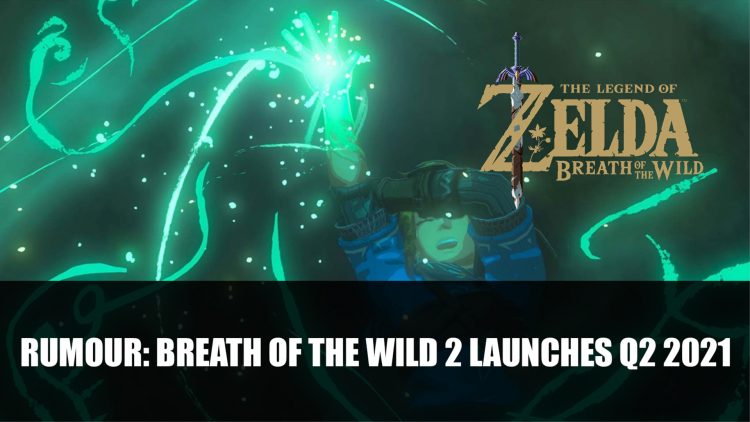 A release date could be coming soon for The Legend of Zelda: Breath of the Wild 2.

The sequel to Nintendo’s The Legend of Zelda: Breath of the Wild is a highly anticipated title, ever since it was teased at E3 2019. However, since then there haven’t been any updates or news since the teaser. But now a leak may have sprung, as an Austrian retailer could have just shared the release window for Breath of the Wild 2.

The retailer in question is Gameware, which had listed The Legend of Zelda: Breath of the Wild 2 to be releasing sometime between April and June. The leak was first seen on Reddit, which listed the game to be “coming out in the 2nd quarter of 2021.”

According to Austrian retailer Gameware:
-Shin Megami Tensei 3 HD will release in May 2021
-Zelda BOTW 2 would release during the 2nd quarter of 2021 (calendar year or fiscal year?)#Zelda #SMT pic.twitter.com/UM377DZWWo

This could be an error on the retailer’s site or a placement listing as there hasn’t been any news about the game for some time from Nintendo. This is also a smaller retailer so we’ll have to take this with a grain of salt.

To refresh yourself with the teaser trailer that was shown at E3 2019, you can find it below:

What do you think of this supposed leak? Let us know in the comments below.

For more news be sure to check out next Black Legend Full Class List And Alchemic Attack System Revealed and Monster Hunter: World Board Game Kickstarter Starts In April.