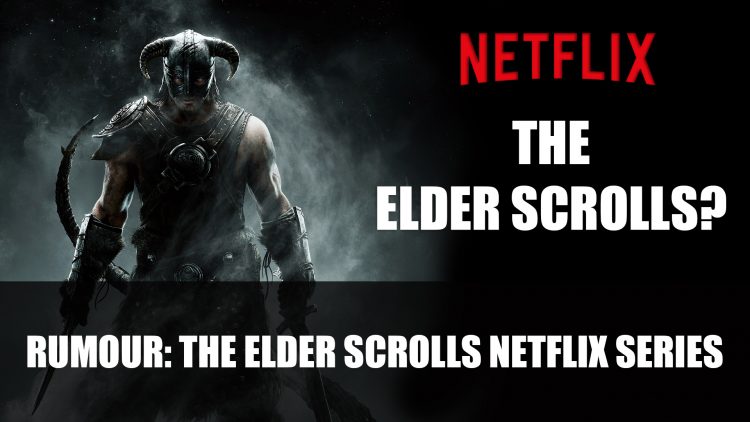 Rumour has it the next game to be turned into a Netflix series will be The Elder Scrolls.

Rumour: The Elder Scrolls is Getting a Netflix Adaptation

Netflix has been steaming through a number of adaptions recently, including The Witcher, the animated variety which includes Castlevania and most recently Dragon’s Dogma. The next on their list seems to be Bethesda’s Action-RPG The Elder Scrolls series.

The rumour has arisen due to an industry insider by the name of Daniel Ritchtman, who has shared reports that Netflix is going to adapt the iconic franchise into a series, which was picked up by GameRant. So far there is no confirmation of whether this will going ahead but could be true. Bethesda already has plans for a Fallout 4 TV show for Amazon Prime Video, so another of their franchises making it into a series is quite possible.

A series could be a way to reignite or attract more players to the series of games, as it did with The Witcher Netflix portrayal, as it boosted concurrent players on Steam for The Witcher 3, reaching an all time high since the game’s release.

In recent news the MMORPG The Elder Scrolls Online is releasing a new expansion this year which will be about Oblivion. The next chapter which follows the Gates of Oblivion is getting a reveal event this month on January 21st, which will share more about the story and other details.

What do you think about The Elder Scrolls getting its own Netflix series? Would you watch it? Let us know in the comments below.

For more news be sure to read next NieR: Automata Final Secret Found Nearly 4 Years After Release. If you’re curious to find out what games are releasing this year, that we’re most excited about check out our Fextralife’s Top 10 Upcoming RPGs Of 2021.