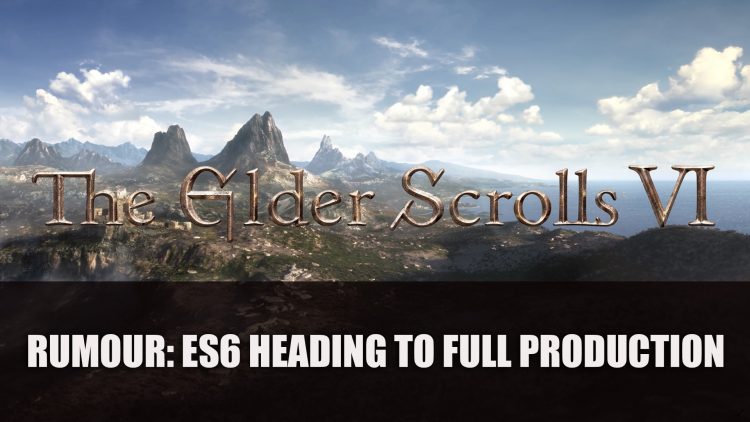 New job listings spark rumours that Bethesda could be ready to go into full production for The Elder Scrolls 6.

It’s been quite some time since Bethesda has shared any news on The Elder Scrolls 6 but recent job listings has stoked the fires when it comes to where they are in terms of development.

Recently Bethesda has posted new job listings on their website leading fans to assume that Bethesda are now coming to the end of production for the single-player sci-fi RPG Starfield. The positions include hiring some programmers to work on what is described as “the bleeding-edge of RPG development for the PC and consoles”, as well as the “implementation of new gameplay features: player and characters’ behaviors, combat and powers mechanics, user interface, etc”. While this might not seem like much, there is also the position of video editor, which could imply Starfield is readying it’s first marketing campaigns.

So if Bethesda are well on their way to completing development on Starfield, this would mean they could begin to concentrate more time on The Elder Scrolls 6. While this could be a stretch, ES fans are eager to see more. These games were absent from the last E3, could we be seeing more this year at E3 2020? The developer themselves haven’t said anything about the title since it’s reveal trailer at E3 2018, but as we get closer the release of the next-gen consoles Xbox Series X and Playstation 5 releasing at towards the end of year, we might not be far off of hearing a bit of news even though Sony is not attending this year.

Bethesda are continuing their efforts to support Fallout 76 of course which had private beta sign ups for their Wastelanders update last week which is set to introduce human NPCs to the game.

What are you most excited to hear about? Starfield, Elder Scrolls 6 or both? Let us know in the comments below.

For more news be sure to read next PS5 Godfall Combat Footage Leaked? and Cyberpunk 2077 Multiplayer Not Available Until After 2021.