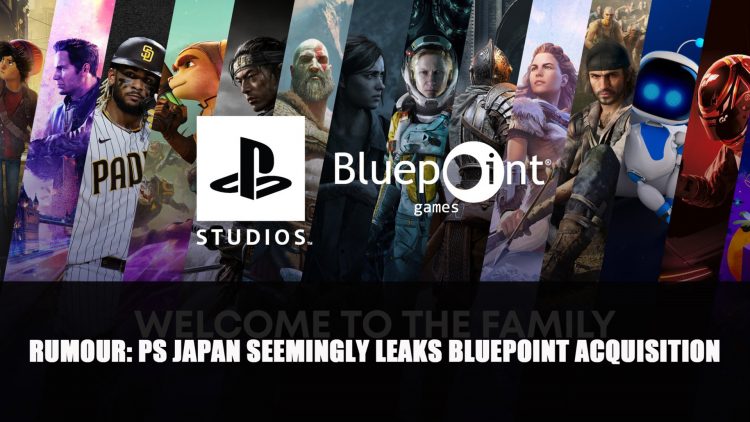 In a recently deleted tweet it seems that Playstation Japan may have leaked the acquisition of Bluepoint Games.

However this tweet was swiftly deleted and replaced with the correct image featuring Housemarque games, but not before gaming netizen Nibel sharing it on Twitter.

..so apparently PlayStation Japan uploaded the wrong image with their first tweet on Housemarque’s acquisition, and it actually mentions a Bluepoint acquisition pic.twitter.com/yQBHtLbG5c

The tweet is similar to the announcement for Playstation’s acquisition announcement for Housemarque, except containing different artwork and the Bluepoint logo. The fact that both the logo and artwork is present in the image suggests that Playstation Japan may have leaked the news earlier than intended. So far there hasn’t been any confirmation from either Bluepoint or Sony.

Bluepoint Games was founded in 2006, recently released the Demon’s Souls remake on Playstation 5. If you want to know what we thought of the remake find it here in our Demon’s Souls Remake Review: Is The PS5 Worth It?

For more news find it here in Biomutant Patch 1.5 Breakdown: Progression, Loot, Combat And More! and Ender Lilies: Quietus Of The Knights Now Available On Xbox Series And Xbox One; PS4 & PS5 Version Delayed To Q3 2021.