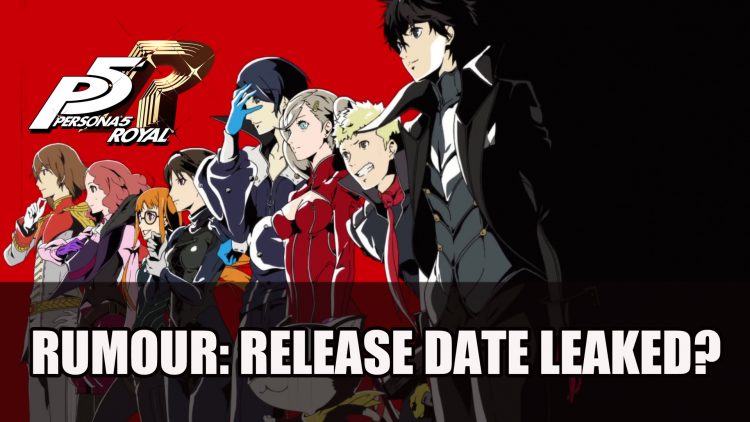 According new a recent leak, Persona 5 Royal might be releasing in February 2020 for the west.

According to a leak that was on both the Playstation Store in Indonesia and Taiwan, the release date was for the English/Chinese version of Persona 5 Royal that shared a launch date February 20th 2020 in both stores. As this includes the English version of game, this could be the launch date set for  North America and Europe as well. 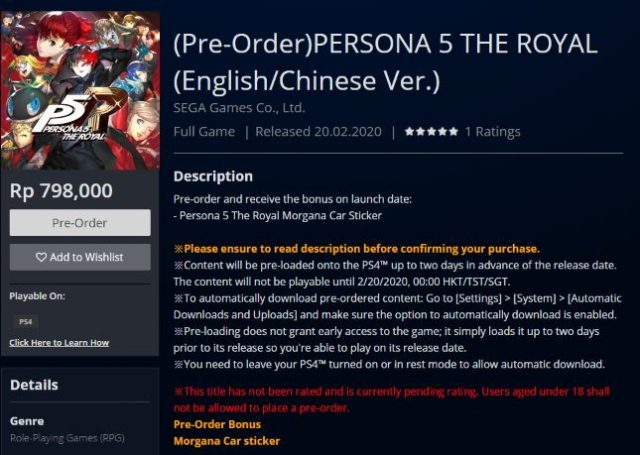 Whether this is the correct date is still uncertain, but more news about Persona 5 Royal is set for December 3rd so they might unveil the news then. Royal is expanded version, set to include new areas to explore in Tokyo, new characters, reworked dungeon design with new foes to face, graphical and UI improvements. There will also be new music to enjoy and a new third semester at Shujin Academy.

The story is set to delve “into the personal lives, as well as the trials and tribulations, of the enigmatic (and exceedingly-stylish) Phantom Thieves”.

Persona 5 Royal is to release on sometime next year on Playstation 4, with the date yet to be confirmed on the leak.

If you want more Persona 5 news be sure to check out Persona 5’S Royal Edition Will Launch In The West On PS4 Next Year and Persona 5 Joins Playstation Hits Now $19.99.