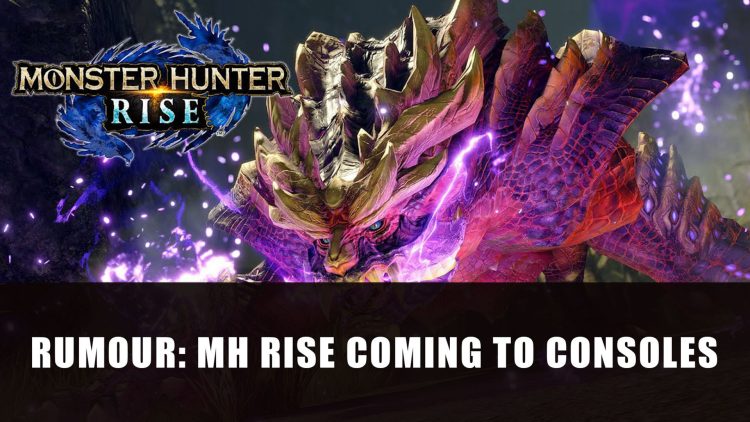 A recent report has shared that Monster Hunter Rise could be coming to consoles early next year.

A recent rumour has cropped up online that Capcom could be bringing their latest Monster Hunter Rise to more platforms in January next year. A report by Insider Gaming has shared that Rise might be coming to consoles PS4, PS5, Xbox One, Xbox Series X|S and Xbox Game Pass on January 20th 2023. This will be followed by the expansion Sunbreak in spring. Other details include that it will have 4K at 60 FPS and 3D audio support.

The title first launched on the Switch last year, later joining PC this year along with the first expansion. If the supposed leak is true, the announcement could be revealed during The Game Awards on December 8th next week. There are always a number of rumours flying around before significant events like TGA, but take it with a pinch of salt. 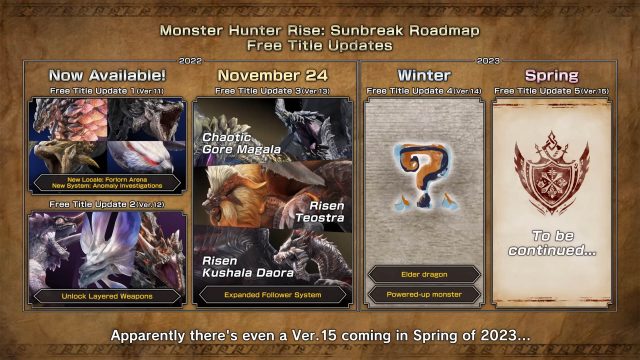 The roadmap for Monster Hunter Rise Sunbreak shows another update set for the winter and spring of 2023.

Monster Hunter Rise has been making some milestones, now having sold over 11 million in sales. The Sunbreak expansion has also gained 4.4 million in copies sold since its launch this year. A recent free update 3 has brought new monsters, variations, weapons as well follower quests. Another update is expected to release in winter 2023, update 4 to add another Elder dragon plus powerup monsters. The next update after that will be update 5 set to release in spring.

If Rise does end up coming to more platforms, it may follow what happened when Iceborne came to PC, with a staggered release of updates and then finally syncing up. We’ll have to wait to see whether there will be an announcement during The Games Awards 2022 happening next week.