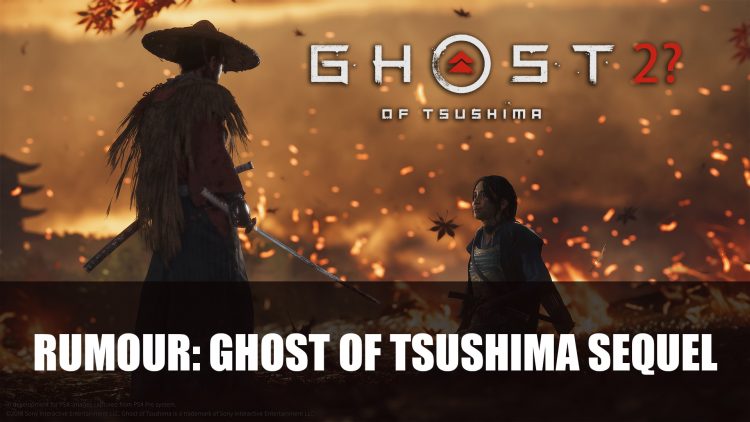 A sequel may be in the works for Ghost of Tsushima as developer Sucker Punch Productions has posted a new job listing hinting at the next entry.

Rumour: Ghost of Tsushima Sequel in the Works

A new job listing has been posted on the Sucker Punch website, hinting that a Ghost of Tsushima sequel could be happening. The job post is looking for a narrative writer, specifically mentioning a “desire to write stories set in feudal Japan” as “well as knowledge of feudal Japanese history”. These requirements do seem to point in the direction of a sequel, or maybe even more DLC content. For now there is no confirmation from the developer, but hopefully we’ll be hearing more about upcoming projects.

Ghost of Tsushima will be releasing on PS5 next month, which will add “frame rates up to 60FPS”, also having shorter loading times and you will be able to transfer your saves from PS4 to PS5.

Recently Ghost of Tsushima received a new co-op mode called Legends, a separate mode that doesn’t follow the main character Jin or any of his companions. The co-op mode has group matchmaking from 2-4 players. Each player gets to choose from four character classes: Samurai, Hunter, Ronin and Assassin, which are based on the Mythic Tales that have been told by people in Tsushima. There is also a 2 player story mission and a post-launch raid coming.

Ghost of Tsushima is currently available to play on Playstation 4, and will be releasing on PS5 when it launches next month.

For more news be sure to read next Assassin’s Creed Valhalla Season Pass To Feature Ireland, Paris And Beowulf Story Expansions and Grime The Unforgiving Action-RPG Gets Gameplay Trailer.