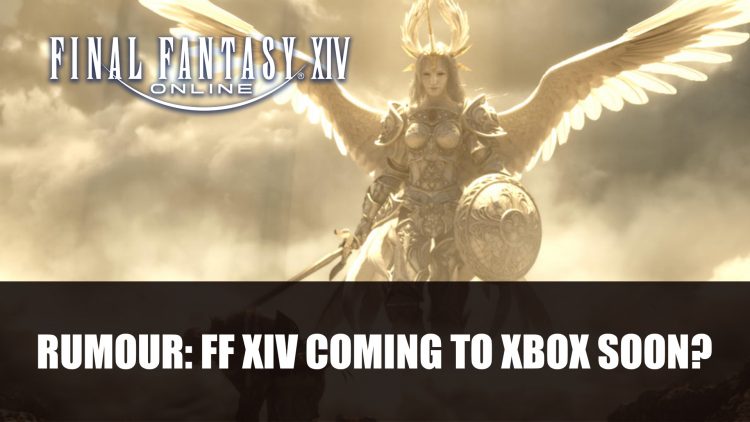 MMORPG Final Fantasy XIV has a relatively high change to be coming to Xbox consoles according to an interview with producer Naoka Yoshida.

In a recent interview with Final Fantasy XIV Producer Naoki Yoshida with Game Watch, they talked about the MMORPG and its possibility of coming to Xbox consoles. FFXIV apparently is a possibility on Xbox One and Xbox Series X.

According to Naoki Yoshida they have been in contact with Phil Spencer about bringing FFXIV to Xbox. Phil Spencer reportedly said at X019 that “I spoke with Yoshida san and we’ll bring FFXIV to Xbox”. From the interview translation it explains that Spencer is willing to welcome the MMORPG to the platform and has taken steps for Xbox Cross Platform compatibility, but the issue now is technical capabilities which involves Direct X:

We did keep in touch. I’ve been talking a lot with Phil san for about three years and a half. Phil san visits Square Enix around every six months, and we mail each other too. Back when we first talked, Xbox’s Cross-Platform policy was still very restricted. “Enclosing the users” was still the base policy. But we both shared the idea that “Consoles are just a mean to an end, the most important is how the community grows and what the community wants”. This was the trigger for our extensive dialogue. Since then, we’re chatting regularly. Phil san also changed various regulations at Xbox to make FFXIV a reality, to help us and make our job easier. So when Phil san told you we’re in touch and how they’re always ready to welcome us, it’s true. Right now, FFXIV uses Direct X 11 as its base, so even if we keep developing on PC, we’ll have to do Direct X 12 support at some point. He told me he’ll help out and support us for that too. If we have some new developments soon, we’ll be sure to tell you all.

Yoshida also goes on to talk about how thankful they are to SIE for helping with the previous PS3 version of FFXIV, and explains  “I want to expand our business in the future without doing anything rude to any of them.”

As for the future, Yoshida wants to bring Final Fantasy XIV to Playstation 5 but due to the pandemic this has made things quite difficult. Currently he is working on a AAA title at Square Enix with a team that includes developer Ryota Suzuki who worked on Devil May Cry at Capcom.

This is all positive news that there is a continuous back and fourth between the Xbox head and producer of FFXIV, meaning a promising outlook for Xbox One and Xbox Series X.

Final Fantasy XIV is currently available to play on Playstation 4 and PC.

If you want more news find it here in Project Athia Confirmed As An Open-World Game and Ghost Of Tsushima Patch 1.0.5 Introduces Lethal Mode And Accessibility Features.