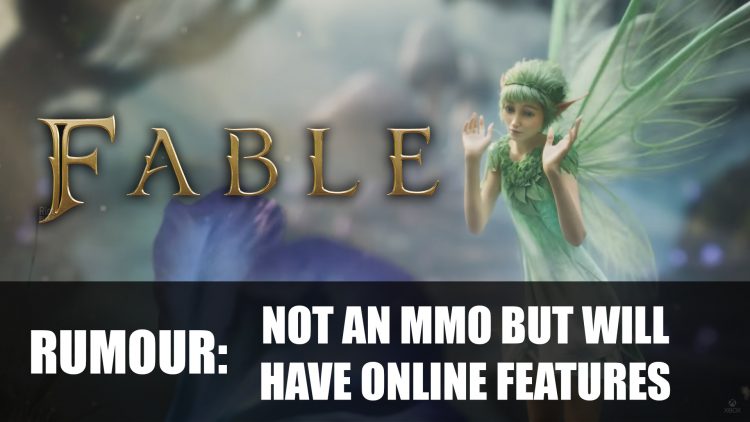 According to reliable Xbox insiders sources Fable will not be an MMORPG but will contain online features.

Rumour: Fable Not an MMO But Will Have Online Features

During Xbox Games Showcase, Fable was revealed to the world as part of the Xbox Series X lineup. Now some sources deemed as reliable Xbox insiders has shared that the game will not be an MMORPG but will still have online features. Rumours spread previously that this would be an MMO, but this goes against these assumptions.

The senior writer at Windows Central and Klobrille, also a well-known Xbox insider on Twitter and ResetEra both have shared that Fable will be an action-RPG with some online elements which includes co-op gameplay.

Fable is not an MMO, and Halo Infinite will ship with multiplayer: https://t.co/3aqWs7hIa9

Fable is an open-world Action-RPG. People really need to stop with this MMO nonsense. Even if there potentially will be online interactions similar to FH4, it’s not an MMO.

As for what features will be included in online, the article suggests it could be co-op. We could even speculate asynchronous co-op such as Nier Automata or leaving messages for other players like in Dark Souls. But what these sources are adamant about, is that is will not be an MMO.

So far there is no release date for Fable, the developer Playground Games hasn’t launched a game since 2018, so it could be a couple of years before its release.

The Fable series was also suppose to gain another entry under Lionhead Studios, but the studio closed which cancelled Fable Legends. From what we can gather from what has been said by the general manager at Xbox Games Marketing at Microsoft Aaron Greenberg, “To put the Fable franchise – and give it a completely fresh start – in the hands of one of the greatest game developers in the world…” leads us to believe it’s a reboot of the series plus calling it “Fable” rather than “Fable IV”. But you never know, it could have gotten inspiration from the cancelled Lionhead version.

Fable has been announced to be coming to Xbox Series X, PC and Xbox Games Pass.

You can get a rundown of recent RPG news in Top RPG News Of The Week: July 26th (Fable, Avowed, The Outer Worlds And More!).