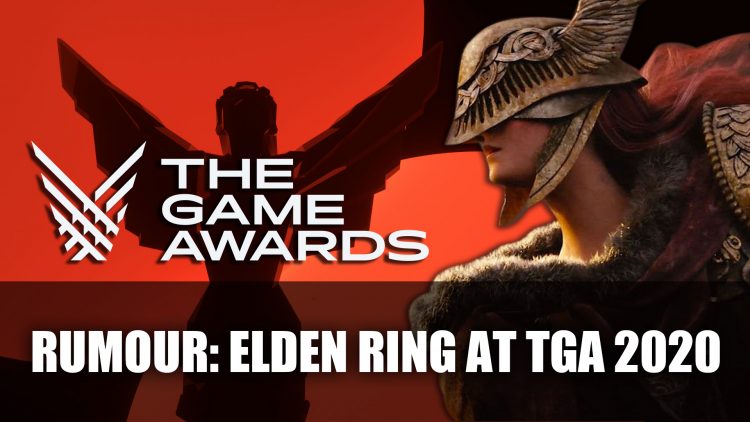 A new trailer could be shown at next week’s The Game Awards 2020 for upcoming Elden Ring,

Rumour: Elden Ring New Trailer To Be Shown at The Game Awards 2020

The rumour mills are churning as we get closer to The Game Awards 2020, and one particular highly anticipated title that everyone has been waiting for news from is FromSoftware’s dark fantasy RPG Elden Ring. News has been rather thin since the reveal of Elden Ring at the Microsoft E3 press conference, with a few snippets of information here and there, but no new screenshots, trailers or gameplay since the announcement trailer. 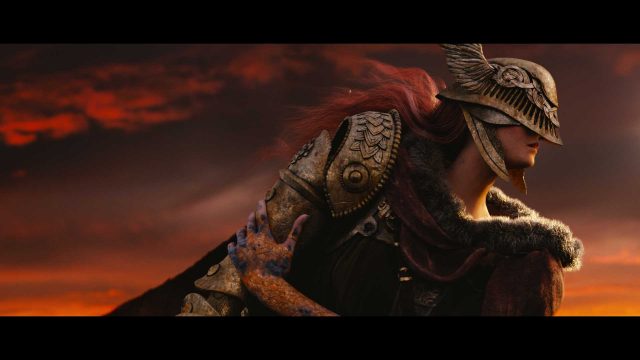 Elden Ring was first revealed at E3 2019 during the Microsoft Press Conference and has been the only trailer so far.

Now this hasn’t come out of thin air, Imran Kahn from Kinda Funny who has been right about these things in the past, has shared on Twitter that  it is fairly reasonable that a new Elden Ring trailer would be coming soon, at The Game Awards. One of the reasons for this is the actions that many Bandai Namco marketing people have been making, retweeting and then unretweeting TGA related posts. Bandai Namco are publishing Cyberpunk 2077 in EU countries.

There are some reasonable hints that an Elden Ring trailer is coming soon, I think.

I follow some Bandai Namco marketing people on Twitter who have been retweeting (and in some cases, unretweeting) some TGA stuff in weirdly coy ways.

Some speculate as Bandai Namco publishes Cyberpunk 2077, which releases on the same day as The Game Awards on December 10th, this could be a way for them to generate some hype for the CD Projekt Red title. FromSoftware have been a part of TGA in the past, as Sekiro: Shadows Die Twice was teased for the first time during The Game Awards some years ago, so even a glimpse of Elden Ring could happen.

Adding further fuel to the bonfire flames (souls joke, couldn’t resist), souls content creator and dataminer Lance McDonald commented that Elden Ring is almost finished during a Twitch livestream, and that FromSoftware are waiting to show it publicly. The source of this is apparently from contractors who are working on the game, people they’d only bring in when they are close to finishing a game. McDonald is also behind the unofficial 60 FPS Bloodborne patch, and has covered a lot of From games, so it’s interesting that he made this comment.

Recently Xbox Head Phil Spencer also shared some comments about the game, as he has actually seen it and “played quite a bit“. He also shared that this is Hidetaka Miyazaki’s “most ambitious game” to date and has given high praise from what he’s seen so far.

I mean, I love his games, but seeing some of the gameplay mechanics stuff that he’s tackling, he and the team are tackling this time, of the setting, working with another creator in terms of story. I love it.

Of course take these findings with a pinch of salt, as nothing has been shared by From themselves. We’ll have to sit and watch this space to see if oooohhhh Elden Ring makes an appearance this year.

What We Know So Far (Confirmed Details)

What we do know about Elden Ring so far is that it is a dark fantasy title, in collaboration with G.R.R. Martin, the fantasy writer who is creating the mythos of the game. There is also more freedom when it comes to exploration, and a much deeper storytelling aspect compared to previous Souls games.

In September, Miyazaki expanded on the concept of the game at the 23rd Japan Media Arts Festival while at a panel about Sekiro: Shadows Die Twice. He here elaborated that the Elden Ring “is larger and deeper than anything we’ve done before” which includes mythos and has challenged the development team. It will also look at very human themes including  “racism, politics, citizenship, and so on”.

Last official word from FromSoftware was just last month, where they tweeted they had appreciated fans “enthusiasm and support“, which was probably just to address that it was still in the works.

You can refresh yourself with further known details about Everything We Know About Elden Ring below:

If you want more Elden Ring in the meantime be sure to drop by our Elden Ring wiki. The Game Awards 2020 will be taking place next week on December 10th.

For more news be sure to read next Wolcen: Bloodtrail Free Expansion Launch And Trailer and Cyberpunk 2077 Is Teaming Up With Twitter For Launch Eve Event.