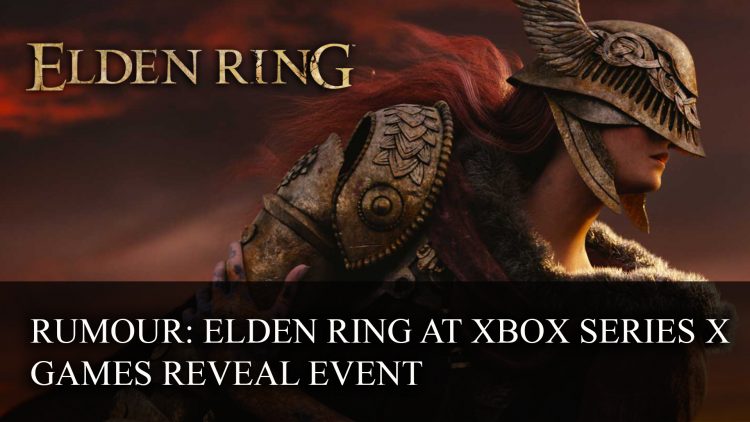 As more events are quickly falling into place digitally this year, one highly anticipated reveal is the long awaited gameplay for FromSoftware’s next upcoming open-world RPG Elden Ring.

While there have definitely been snippets of information pertaining Elden Ring, we have yet to see any gameplay of the open-world action RPG. But according to rumours, that might be happening soon. This rumour does stem back to December, before the recent situation took hold, so timelines might have been adjusted since then. But in an article by Wccftech, it was shared by Shpeshal Ed of the XboxEra Podcast that the full reveal for Xbox Series X, complete with title reveals would be happening in April or May. Well it’s May and Xbox are holding an Inside Xbox livestream on May 7th.

This lines up with the rumour saying that a gameplay trailer will be unveiled for Elden Ring. The Inside Xbox 2020 Stream will take place on May 7th at 8:00am PT on platforms YouTube, Twitch, and Facebook. Among the list of games we know are coming to Xbox Series X are Halo: Infinite as well as Senua’s Saga: Hellblade II. Other titles include co-op shooter RPG Outriders, Battlefield 6, Assassin’s Creed Valhalla and Cyberpunk 2077. The latest tweet from the Xbox twitter account shares that we will be able to get a look at the gameplay for “global developers partners” which could mean third-party developers only.

Check out First Look next-gen gameplay from our global developers partners within #InsideXbox on Thursday, May 7 at 8am PT. pic.twitter.com/xVdgIeRBJX

Bandai Namco have also been confirmed to be taking part in the Summer Game Fest which is an event that will take place over the next few months from May to August 2020. According to Geoff Keighley, the schedule will be posted soon, but has also revealed the partners that will be participating.

Hopefully with publisher Bandai Namco on the lineup, means they are ready to share some news.

What We Know About Elden Ring

While we do have an article/video that goes into some detail about Everything We Know About Elden Ring, here’s a quick recap:

You can also check out our Elden Ring wiki for all the latest info as it releases.