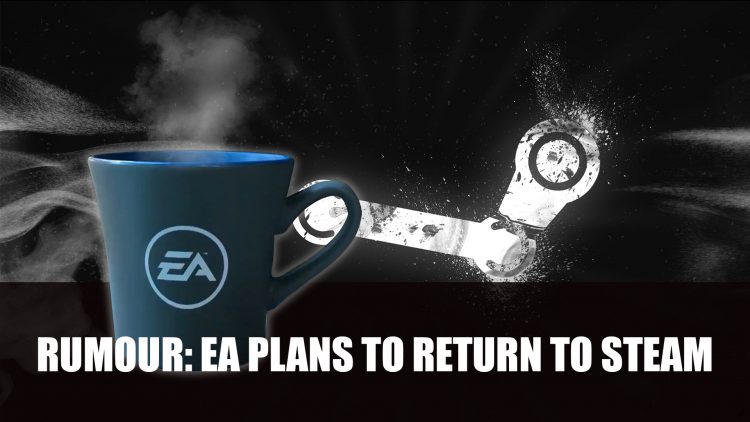 Rumour: EA Could Be Hinting Its Return to Steam

A short video was tweet out by EA showing a coffee cup with a EA logo and steam rising from said cup. There was no text posted along side this clip, but it did include a ellipsis suggesting something is coming.

Adding further fuel to the fire or steam to the cup, earlier last week a twitter poster by the name of RobotBrush found a test application set to run Origin games through Steam.

We could be seeing games such as Apex Legends joining Steam or Mass Effect titles such as Mass Effect Andromeda to the game library. EA’s next major title is Star Wars Jedi: Fallen Order which releases next month. So far EA have not confirmed this but we will keep you posted with further developments.

For the latest rundown of recent news be sure read next Top RPG News Of The Week: October 27th (Vampire: The Masquerade, Werewolf The Apocalypse, Diablo And More!). You can also read next Monster Hunter World Iceborne Gets PC Launch Date January 9th 2020 and Ubisoft Announces Gods & Monsters And More For Next Gen Consoles.