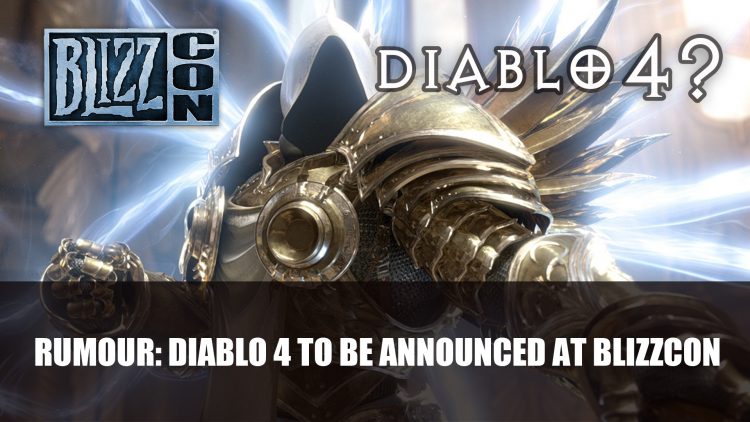 As BlizzCon 2019 gets closer, so does the anticipation for a Diablo related announcement. According to an advertisement leak, Diablo 4 might be on the table.

Rumour: Diablo 4 To Be Announced at BlizzCon 2019

After the backlash received from Blizzard’s reveal of Diablo Immortal during BlizzCon 2018, news of Diablo 4 has been a little scarce. To say the least, this wasn’t a shining moment for Blizzard, and fans are awaiting some sort of confirmation of the next title in the series. But just this week an interesting printed advertisement in a German magazine might bring a glimmer of hope of a possible announcement during this year’s BlizzCon.

The ad in question was printed in a German magazine about The Art of Diablo book, where in the translated description it reads “Featuring over 500 artworks from Diablo, Diablo II, Diablo III, and Diablo IV.” German site Gamestar have shared the book isn’t made directly by Blizzard, but by the distributors Panini. So there are two possible conclusions to this, either one it was mistakenly printed and shared before it was suppose to, outing the Diablo 4. Or two, it was a typo.

If this is true, information about previously leaked Overwatch 2 may be correct. pic.twitter.com/J3cmfciGNt

According to Polygon “The Art of Diablo” is already listed on Amazon for pre-order but nowhere does it mention Diablo 4. The release date however is mentioned for November 3rd, which is a day after BlizzCon ends.

Leading up to BlizzCon last year, an announcement of the next title was unlikely with statements released straight from Blizz saying they would shared some info “when the time is right”. Later last year the developer reached out to the community sharing they had “multiple projects”, which could mean Diablo 4 or even a remaster of previous titles. This isn’t the only rumour circling Blizz announcements this year, Overwatch 2 has also been rumoured.

Over on Polygon, a Blizzard representative reached outed saying “We don’t comment on rumors or speculation, but next week we will have exciting news to share so please stay tuned!” so we might not have long to wait for some news.

BlizzCon 2019 which will take place from November 1st to 2nd in Anaheim, California.

For more news be sure to read next Swansong Not The Last Vampire: The Masquerade Game and Werewolf: The Apocalypse – Earthblood Releases First Trailer. The Outer Worlds will be releasing this week, if you want to know what we thought be sure to check out The Outer Worlds Review: Immense Interstellar Fun.