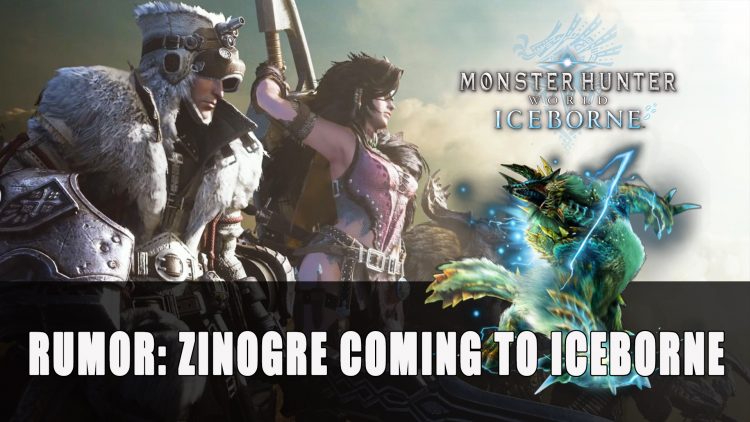 Perhaps Zinogre will be in Monster Hunter World Iceborne as hinted by the latest music registrations in JASRAC.

Rumor: Zinogre Could Be Coming to Monster Hunter World Iceborne

Recently 2 background music tracks were registered in the JASRAC, Japanese Society for Rights of Authors, Composers, and Publishers database. The 2 tracks that were registered were “Senretsunaru Soukou Zinogre: The Chase” and “Senretsunaru Soukou Zinogre World Version”, both noted as “from Monster Hunter World: Iceborne” and claimed by rights holders Tadayoshi Makino and Capcom.

Now that these tracks are in the Japanese copyright collection society, this may heavily hint that Zinogre will be in Monster Hunter World Iceborne, either at launch or as an update along the way.

So far there hasn’t been any official announcement of Zinogre being in Iceborne, but Capcom has stated there are plenty of monsters to be announced according to producer Ryozo Tsujimoto, which he shared in an interview for 4Gamer.

In our current plan, there will be some monsters that won’t have been announced by the time of release. To add to that, I do feel that it detracts from the hype to announce everything players are looking forward to. On the other hand, there will be monsters announced between today and the release day.

We’ll keep you posted with any updates that might stem from this, for all the latest be sure to visit the MHW wiki.

For more MHW news be sure to check out next the first collaboration announced for Iceborne in Monster Hunter World Iceborne Horizon Zero Dawn Crossover. You can also find out all the latest info coming with Patch 10.10 as well as upcoming Guardian Armor! Don’t miss out on the possible upcoming Velkhana Demo.