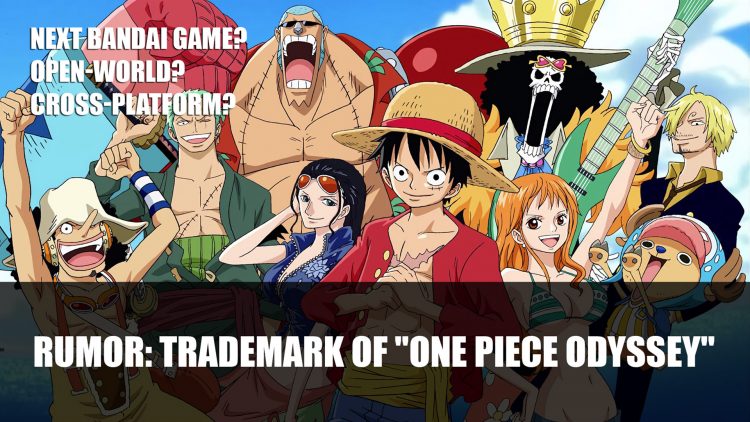 Fans of One Piece are abuzz with a possible new game coming their way, as Bandai Namco files trademark for “One Piece Odyssey”. The trademark description for One Piece Odyssey seems to hint at it being a Video Game, which is exciting for fans of the anime and manga.

Rumor: Trademark of “One Piece Odyssey” could be the next One Piece Game by Bandai Namco 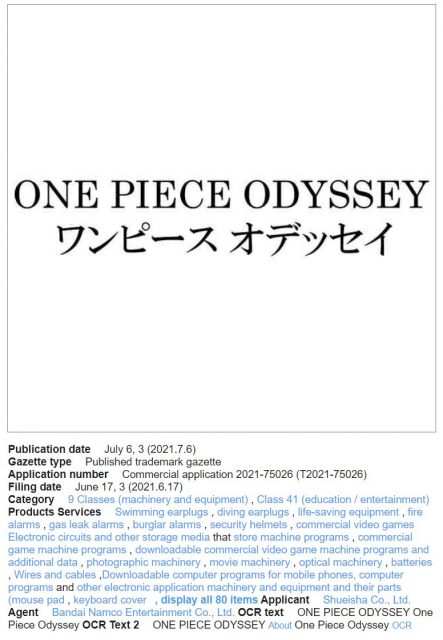 A One Piece Odyseey trademark was flagged by Trademark Watch via Shonen Jump News. This image was via https://chizai-watch.com/t/2021075026 Google Translated.

The “Odyssey” title could refer to a potential open world or a mobile game. As the One Piece universe is so expansive, an open-world game would yield hundreds of hours of playtime, exploring the vast oceans of the Red Line, and meeting the various pirate crews. Mobile-support/cross-platform would help introduce this experience to as many players as possible, welcoming One Piece fans that span generations from kids to parents. This will help to expose the new generation of One Piece fans to new media from the franchise as well.

There are numerous games for the One Piece franchise, steadily releasing since 2001’s One Piece: Grand Battle! Since then, dozens of console and mobile titles have been published by Bandai Namco in Japan, Asia, Europe and the Americas. 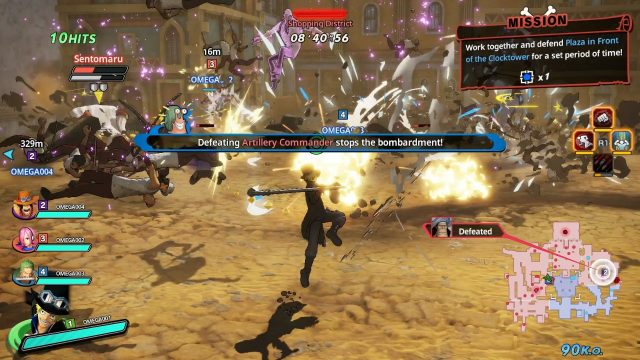 The news of the trademark is sure to excite the fanbase, as the last major game for the series was One Piece: Pirate Warriors 4, which released in March 2020 and was developed by Omega Force. The 2020 title performed well among critics, averaging a 7 to 7.6 on Metacritic and achieving the second-best retail sales for its first release week.


Other One Piece games include:

What can you Expect from One Piece Odyssey

One Piece: Pirate Warriors 4 was a multiplayer-enabled action “beat ’em up” game. In contrast, Odyssey may imply the possibility to explore the world so we may be looking at an action RPG or JRPG. With Bandai Namco’s recent success with Scarlet Nexus, it’s also possible the game could deliver a story-focused narrative instead.

We would love to see dedicated world-building in One Piece Odyssey as One Piece is well known for its rich character backgrounds, lore, and overall universe in both anime and manga. Translating this into a game would be an incredible opportunity to expand on One Piece’s immersive universe, retell its intricate stories and introduce its diverse cast of characters.