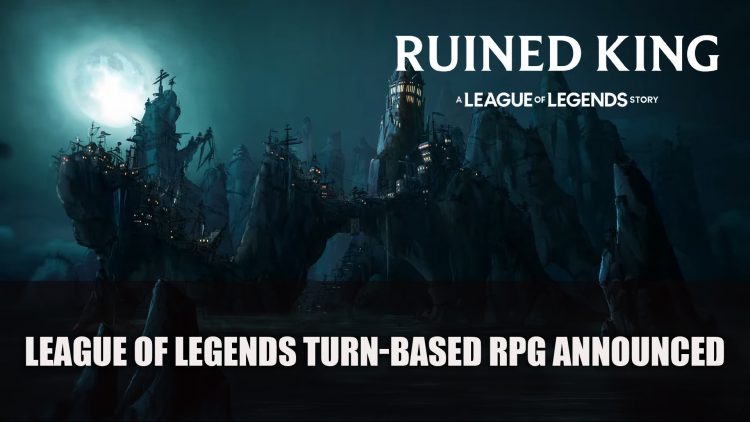 Ruined King sets to be a turn-based RPG developed with Darksiders Genesis developer Airship Syndicate and published by Riot Forge. A single-player title will be releasing for PC and console. The trailer shows spirits seeping from Thresh’s lantern, then travelling to Bilgewater, home to pirates.

Ruined King: A League of Legends Story is a story-driven, turn based role-playing game (RPG) being developed by Airship Syndicate and published by Riot Forge.

Set after the events of Burning Tides, players will take control of LoL champions and explore the bustling city of Bilgewater and the mysterious Shadow Isles in a game for the first time.

Featuring fan favorite champions, innovative turn-based combat, and beautiful art direction along with brand new surprises and plenty of poros, Ruined King: A League of Legends Story advances the stories of many champions in the LoL Universe and offers an exciting new way to experience the World of Runeterra.

It seems to be quite a busy year ahead for Riot Forge as they announced two games during TGA 2019 under League of Legends Story, as well as previous announcements this year of the card game Legends of Runeterra, a fighting game and action game all in the works.