During the past week Bloodborne  players, in their ongoing crusade to peel back the game’s many layers for hidden content, made a new breakthrough. This achievment now let’s everyone get a taste of what was previously only accessible to those with the right tools; such as specialized software that can read and dissect the action-RPG’s files and assets.

For those not caught up with recent Bloodborne  happenings, hunters have been going around and digging into the title’s data for any hidden goods that may be found. Some nifty treasure discovered included unused enemies, NPCs, and such. Some even managed to get cut bosses to work as well, and that’s where this recent breakthrough comes into play.

A hunter that goes by the name, Zullie the Witch, has generously shared a bunch of Glyphs that allows anyone to approach three of these never-before-seen eldritch monstrosities. These range from last week’s reveal of the Great One Beast, to a variation of the Moon Presence boss, and to Mergo’s Wet Nurse variant. So if you’d like to square off against these baddies, we’ve prepared instructions that also includes their respective Glyphs, right here on the blog. 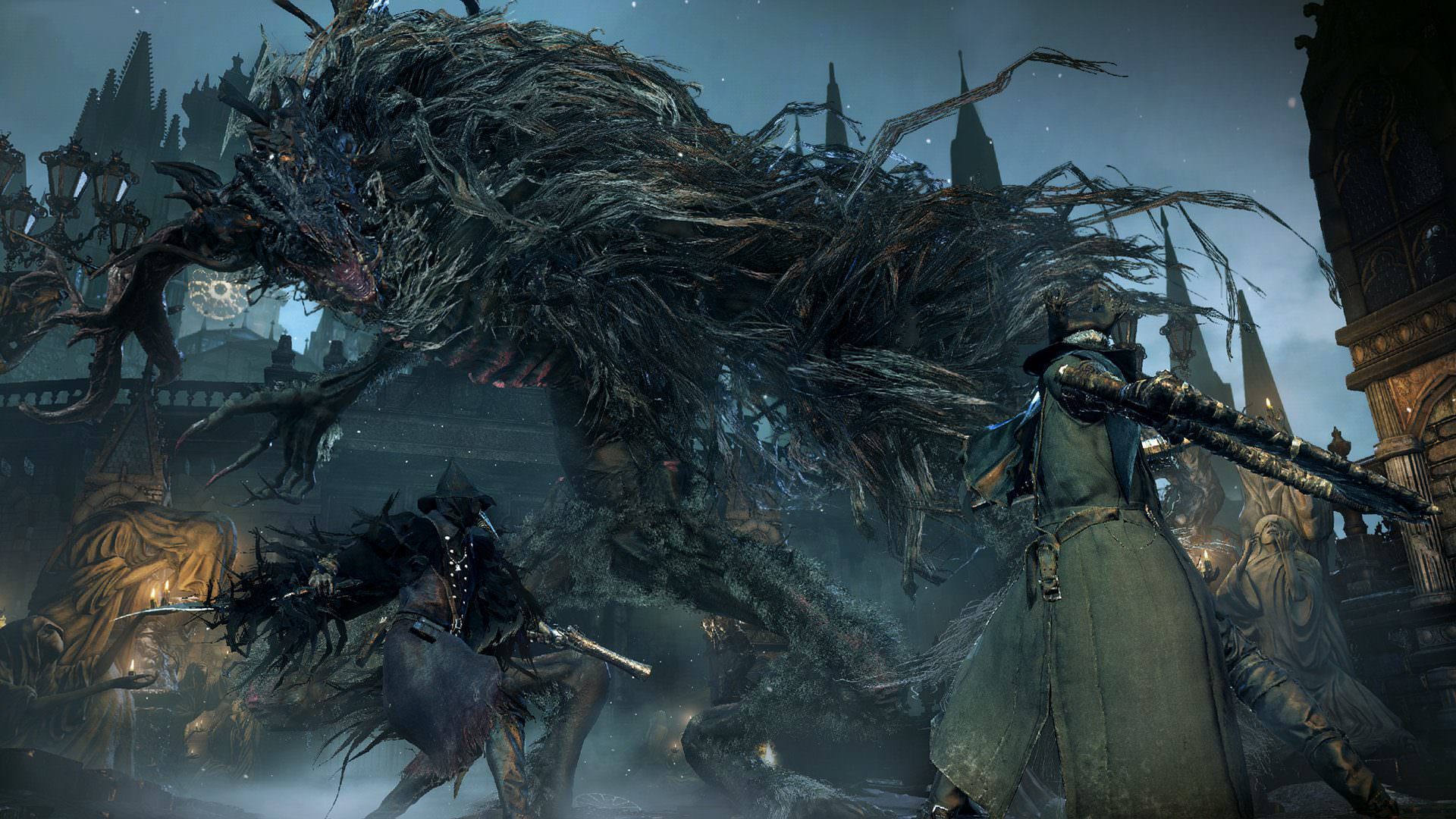 The Elder Scrolls Online  MMORPG has seen a constant stream of content over the course of 2017; from the latest “Clockwork City” DLC and Update 16 patch, to the annual seasonal holiday events, and to its in-game Crown Store that’s frequently updated with various items. With the year soon coming to a close, its developer Zenimax Online Studios, plans to continue that trend all throughout 2018.

The studio has announced some of its plans for the upcoming new year by revealing that players will get to see three major expansions, with the two of them being dungeon-based. Apart from that, other information regarding the add-ons are currently sparse, but we do know that one of them will be based on Norse mythology, and with extra content to expand on its lore. Furthermore, Zenimax is looking into implementing a storage system for player houses as well, meaning that we’ll finally have some practical use for our virtual homes in ESO.  You can check out more details on this right here on the blog. 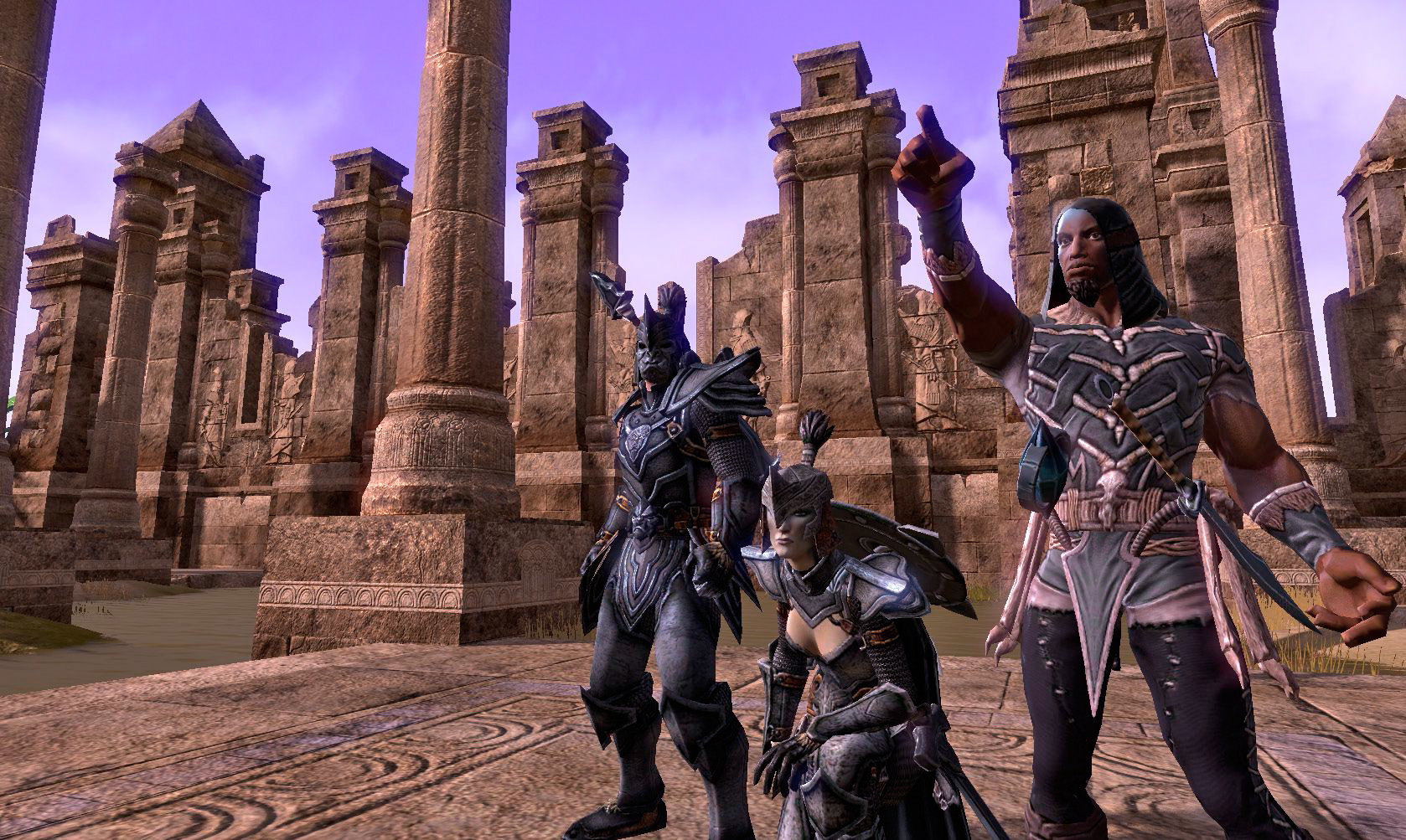 Fans of the Persona  series are in for a treat as Atlus has unveiled a bunch of information during a live-stream on multiple games from the beloved franchise. Among them included airing times for the upcoming Persona 5  anime adaptation, which we now know will commence sometime in April of 2018, and will be the continuation to the half-hour “Persona 5 – The Daybreakers”  episode that launched alongside the JRPG in Japan last year.

Other details showcased a glimpse of the upcoming Persona 3  and 5 Dancing  spin-offs, which revealed the complete track-listings for both games and is comprised with some well-known tunes, in addition to a pair of new entertaining trailers for each one. And while on the topic of spin-offs, Atlus found it in their hearts to port over Persona 4: Dancing All Night  onto the PlayStation 4. Specifics on how that’ll happen, as well as the full OST list and trailers, can all be found on the blog. 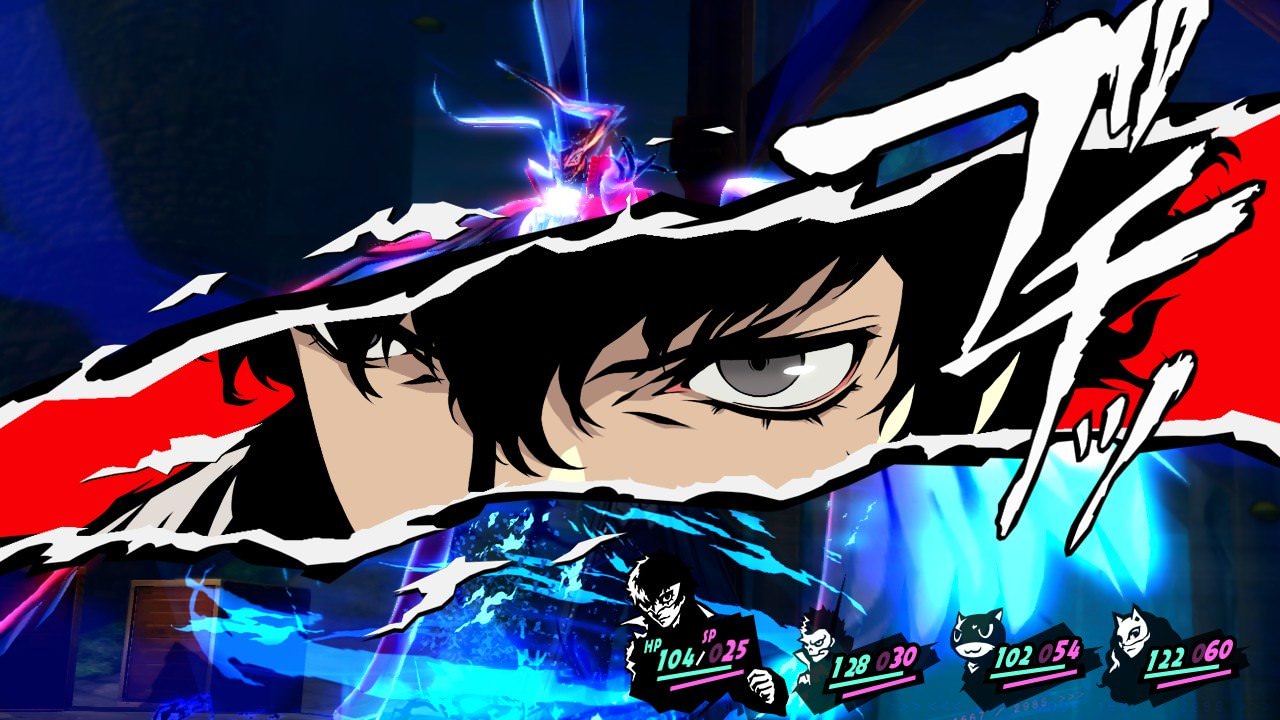 Games publisher Ubisoft rolled out a free update for their latest Assassin’s Creed: Origins  action-adventure stealth game, which comes with a new special quest called, “A Gift from the Gods“, and rewards players with various Final Fantasy XV  themed goodies upon completion. Wait, what? Final Fantasy  and Assassin’s Creed ?

Don’t worry if you’re puzzled, as we’ll explain what’s going on. This whole Square Enix and Ubisoft collaboration is a continuation of the two gaming giants’ joint-venture, which goes all the way back to August of this year, starting with the free “Assassin’s Festival” DLC for FF15, a timed-event that lasts up until January 2018 and features Assassin’s Creed  items and missions for the JRPG.

With the newest “Gift from the Gods” quest for Origins,  things come full circle as players will be rewarded with various Final Fantasy XV  gear, including a very special mount. Moreover, that particular mount is named Kweh, and appears to have been cross-bred between a camel and a Chocobo. But you don’t have to take it from us since you can check Kweh out yourself and the mission’s minute details here on the blog. 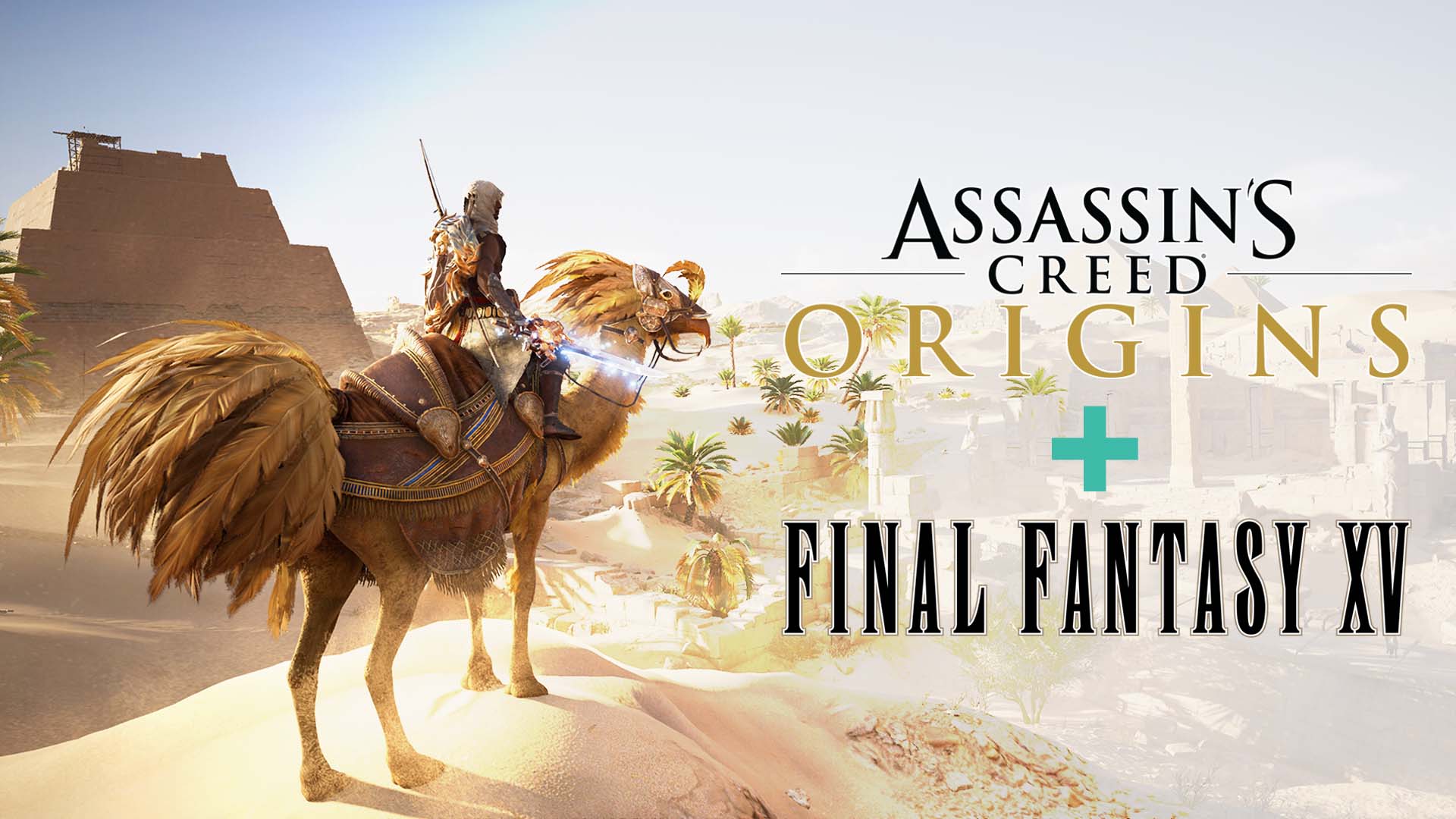 Blizzard has revealed the details on their upcoming “Darkening of Tristram” event for their isometric action-RPG, Diablo 3.  Meant to celebrate the franchise’s anniversary, the event will last between January 1st, 2018 and January 30th, 2018, and will feature a challenging dungeon and more importantly, new loot that players can grind for in the game. Darkening of Tristram will kick off your Carpel Tunnel symptoms on a path of rediscovery, which will bring players to a familiar Cathedral, have them encounter familiar enemies, and so on.

For veteran players this is something to delight in, as the event is also a homage to the olden days of Diablo.  And for newcomers, is a great way to get a taste of the bloodlust early gamers of the franchise have been hooked on since the beginning. Furthermore, the anniversary celebration has plenty of prizes to look forward to, such as unique transmogrification effects, achievements, portraits, pets, and much more. You can learn more by reading up the Darkening of Tristram’s info here on the blog. 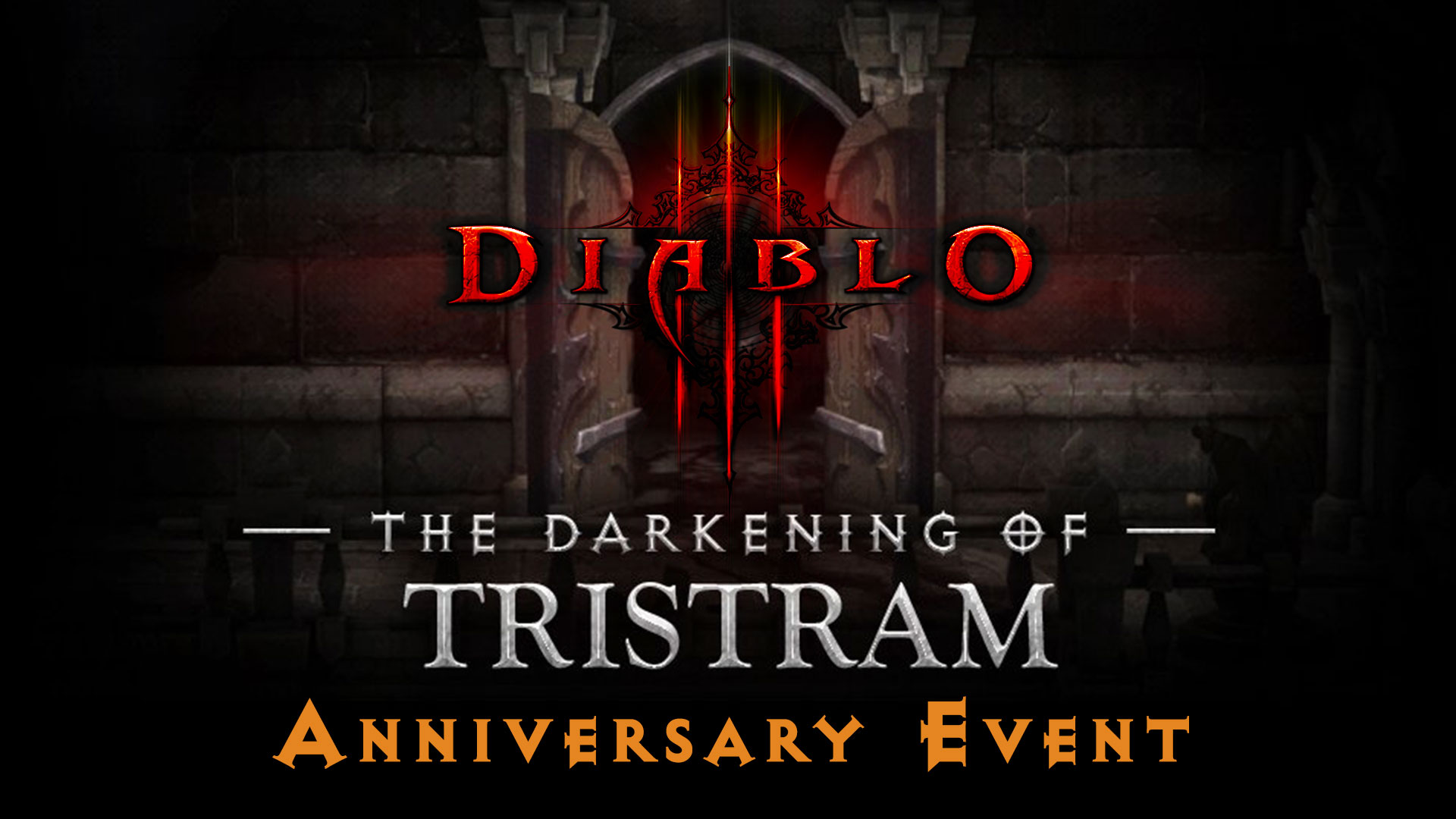 Developer for 2018’s highly-anticipated medieval simulator, Warhorse Studios, has graced us with a sizable chunk of new gameplay footage of their upcoming Kingdom Come: Deliverance  open world action-RPG. The video helps show off the game’s graphical prowess as we’re treated to stunning scenes of like-life forests, and its immersive weather system. But for the most part, it features the incredible gameplay and the amount of freedom a player is given within it.

In this instance, the developers took on a stealth approach with the task of infiltrating and sabotaging an enemy encampment. However, that’s not to say you can’t go in loud, stabbing your way through with the guaranteed chance of an entire battalion crashing on you. But again, that’s just the tip of the iceberg as we’re also shown the various equipment players can wield and ware to fit the situation, and much more. It’s certainly worth checking out and you can do so, in addition to knowing more about the game which releases February 13th, on the blog. 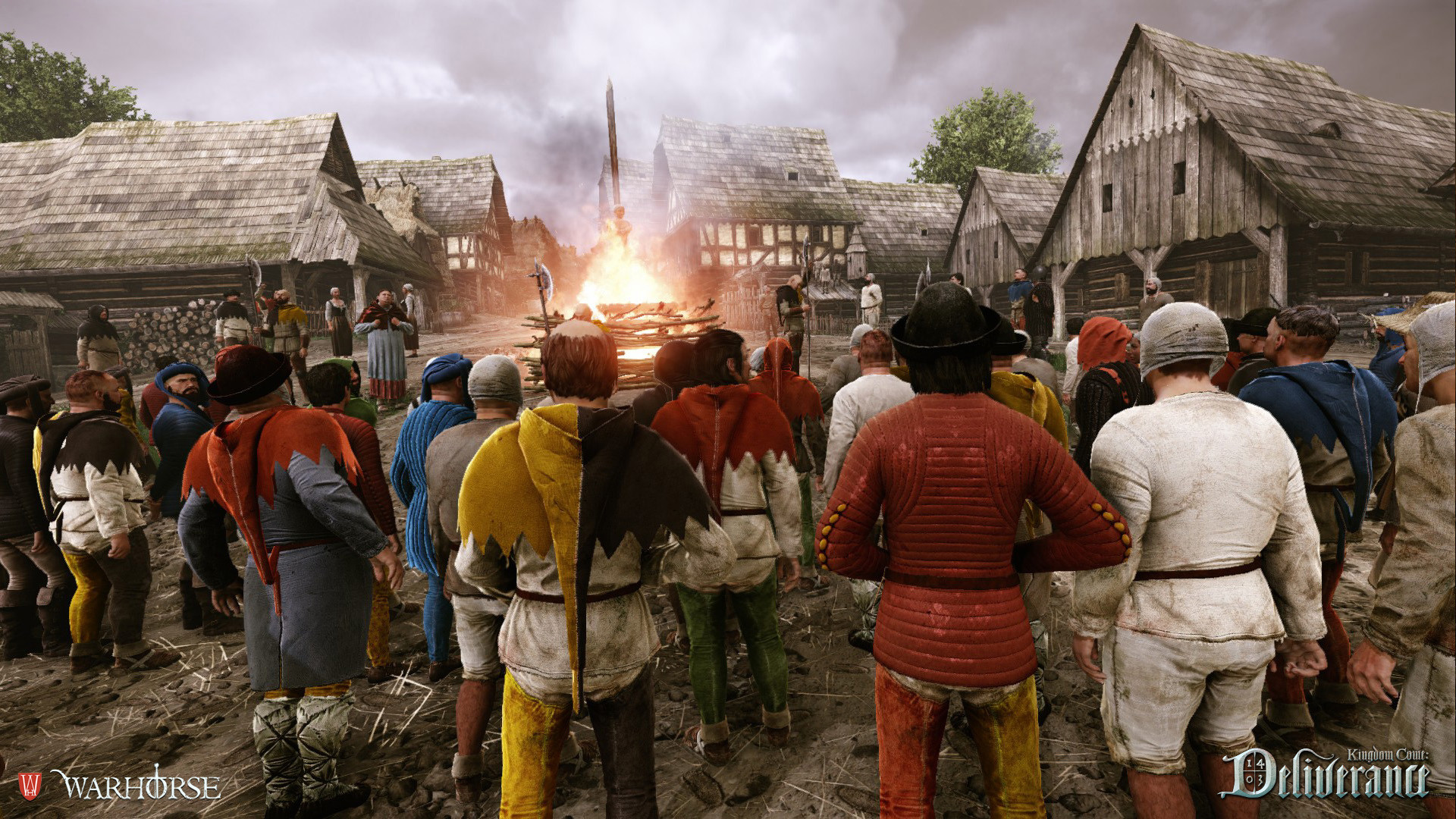 Bloodstained: Ritual of the Night

A new Kickstarter update emerged for Koji Igarashi’s anticipated spiritual successor to the renowned Castlevania  franchise, the action-RPG Bloodstained: Ritual of the Night. The latest update comprises of a bunch of stuff, among which shows off a traditional Japanese-inspired level coming to the game complete with “scenery and colorful autumn leaves”.  Igarashi also provided a little insight into the stage’s overall design, explaining that the team implemented a number of interactive elements to create a “lively” level.

Furthermore, we’re also given an expanded look at Miriam’s fashion closet and weapons repertoire, which includes hats, a whip variant, a pistol, and more. Another part of the update features a strange new enemy type ArtPlay has designed, called the “Plume Parma”. Have a look at it yourself and the rest of the items, here on the blog. 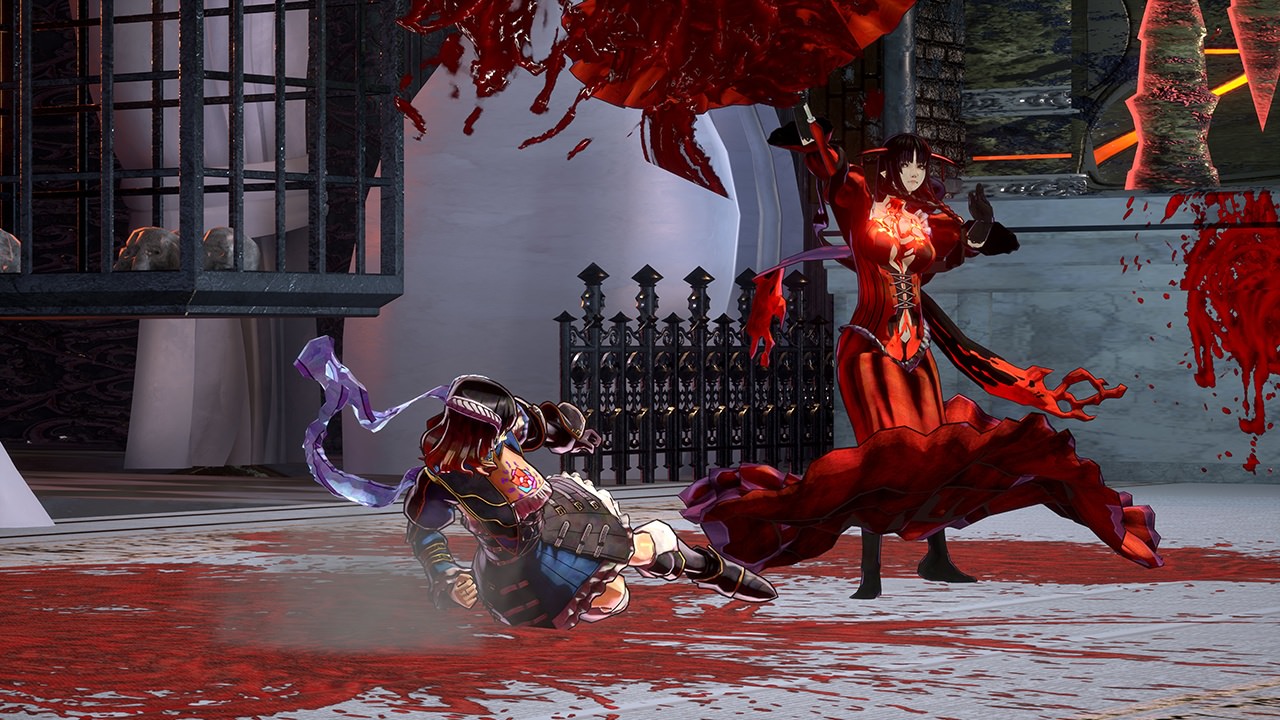 The popular Korean MMO action-RPG CLOSERS,  from developer Naddic Games and publisher En Masse Entertainment, has begun its Western Open Beta, and is now available for everyone to try. In CLOSERS,  players will be inaugurated into an organization called the “UNION” as an agent for the “Black Lambs”, whose mission is to eradicate invading alien lifeforms that have plagued the city of New Seoul for many years.

Specifically, players will select from any one of the game’s six Characters/Classes that specializes in a variety of play-styles along with a kit of psychic abilities to compliment that. And a few of these personalities include the Black Lambs leader and ‘Caster’ type Sylvi, the child prodigy and ‘Support’ type Misteltein, as well as the katana and gun wielding ‘Ranger’ type Yuri, among the team.

You can sign up for a free account right now over at the official website and download the game client either from there, or from Steam. Also, there’s an array of purchasable in-game packs that contains an assortment of items, costumes, pets, and more; with varying price ranges. If you’re in the market for a fast-paced online game, then it’s worth checking this one out. You can learn more about CLOSERS  and find the links to its registration page, right here on the blog. 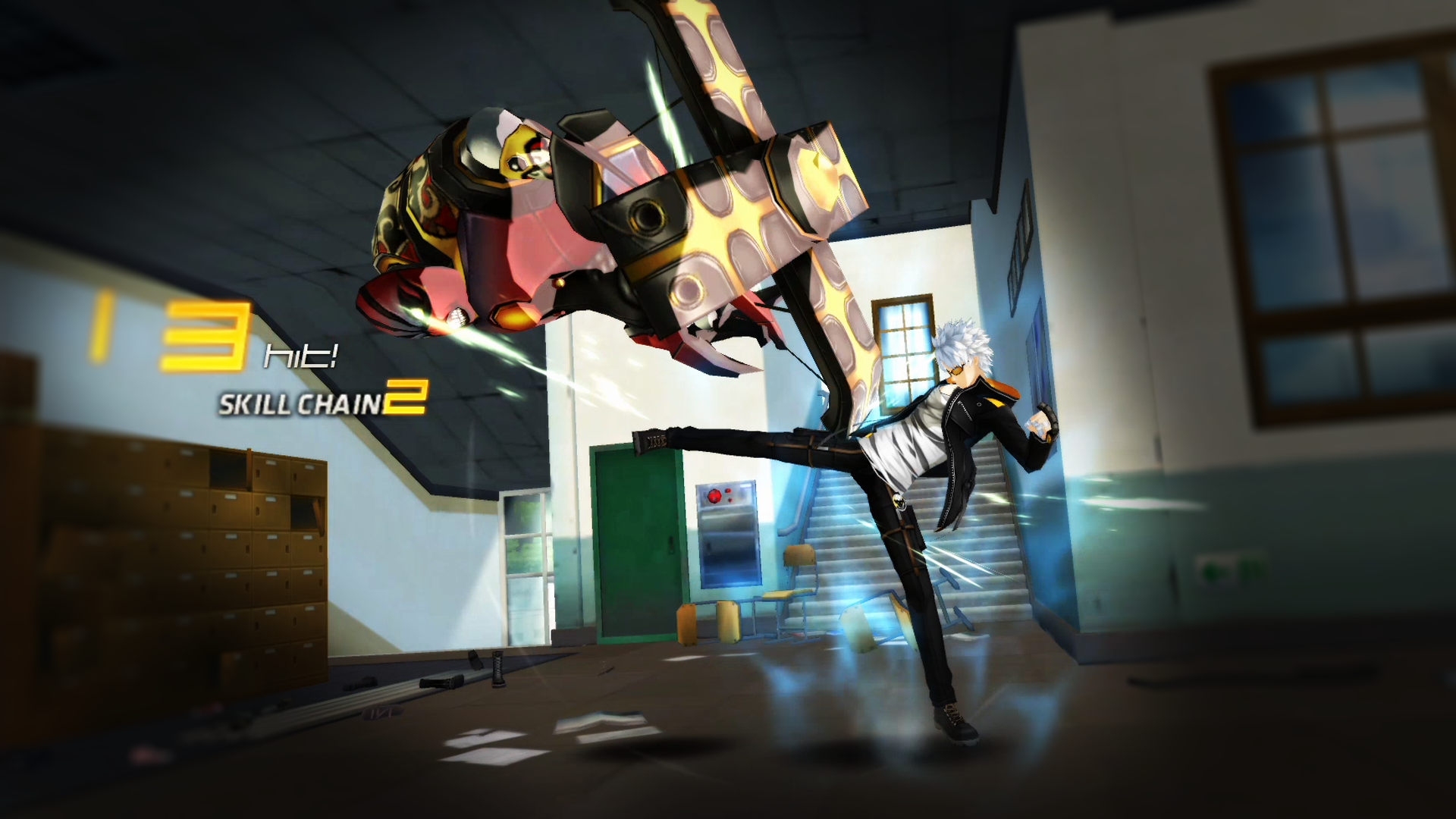 And for out last piece of news, the nearly two decade old MMORPG Dark Age of Camelot,  will be getting a free-to-play option beginning in fall of 2018. The title, which launched in 2001 for North America and Europe, was developed by the now defunct studio, Mythic Entertainment, and is currently in the hands of Broadsword Online Games as of 2014.

The game featured an interesting premise in that it brought players to a land embroiled in a war between three regions from a fractured Kingdom; a byproduct from the passing of its great King Arthur. It also combined various fables and mythologies including Norse, Celtic, and Arthurian, and added in a layer from the High-fantasy genre as well.

Announced in the game’s blogpost, Dark Age of Camelot‘s  upcoming free-play alternative will be dubbed “Endless Conquest“, and will welcome new adventurers to experience its world, albeit with some restrictions. Furthermore, fresh accounts will only be accepted into the new Endless Conquest mode, meaning veteran players won’t be able to carry over their old subscription from the game. You can read up more details about this upcoming new mode here on the blog. 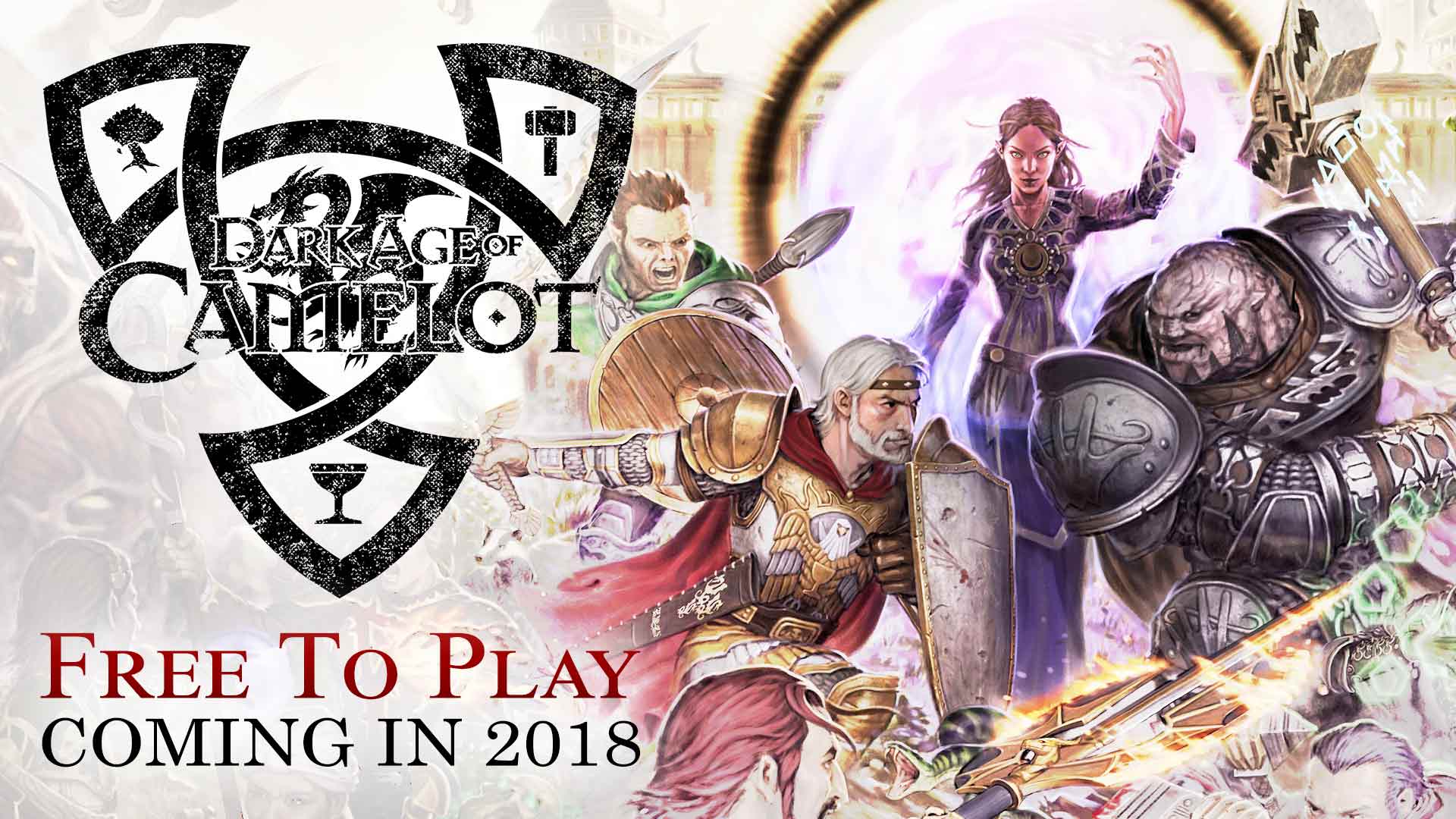