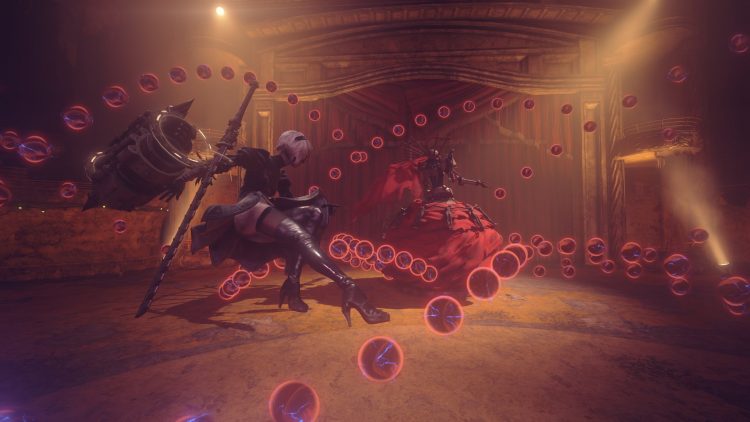 In this article, I’ll take a look at turn based combat, action RPGs and hybrid combat systems. It will include a look at some of the best examples of each type of combat. Then, I’ll turn it over to you. Which is your favourite type of RPG combat and why?

This article was inspired by thinking about how the Final Fantasy VII remake isn’t going to be turn-based. On the whole, I am looking forward to the remake. I am having to try and think of it as a completely different game instead of Final Fantasy VII though, due to a number of changes to it. Of all of the announced differences, the one which is proving to be the largest adjustment of all for me is that it’s not going to be turn-based. This is a little odd, considering that I like both turn-based and real-time action combat. Could it just be tough to accept a franchise once known for turn-based combat rejecting it to the extent of remaking a turn-based game as an action RPG?

Here’s a look at some of the best turn-based, action and hybrid RPGs. First up, representing turn-based combat, it’s Persona 5.

Persona 5 is one of the best RPGs ever made. It also features a great turn-based combat system. Battles start when the party runs into an enemy or launches a surprise attack to gain an advantage in battle. In battle, party members have access to melee and gun weapons. They can also summon Personas, which are the manifestations of the main characters’ inner psyche. These Personas allow the party members to use special skills and magic spells.

When a character strikes an enemy’s weakness, they knock the enemy down and are awarded with an additional turn. If all enemies are knocked down, a “Hold Up” is triggered. Whenever a Hold Up occurs, the party can launch a powerful “All-Out Attack”, demand money or items or negotiate with the enemy. Negotiation allows the protagonist to either ask for an item, money or to recruit the Shadow (it becomes a new Persona). There is a chance that party members will be captured by enemy Shadows. You will then have to negotiate for the safe return of your party member, offering money or HP.

There are also other factors to consider, such as whether to take an extra attack yourself when awarded another action or “baton pass” to allow an ally to act. Also, sometimes, an ally will chime in that they can help.

It’s a brilliant system which encourages you to strategise; exploiting enemy weaknesses to chain attacks whilst also trying to ensure that you’re equipping Personas that make you immune to the enemies’ abilities. And on the bright side, I can still play turn-based combat games when I’m half-asleep. 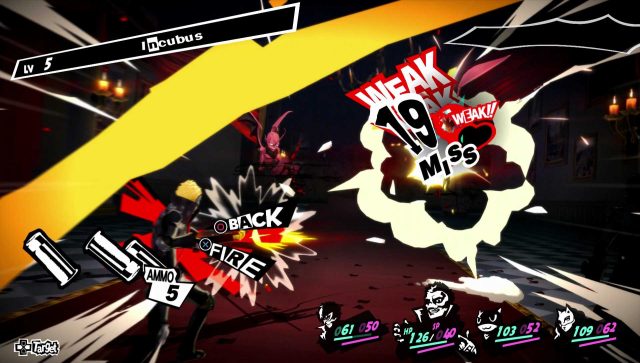 If you manage to strike an enemy’s weakness, you’ll be awarded with an extra turn. You can then use it yourself or “baton pass” to allow an ally to act instead.

NieR Automata features fast-paced, challenging real-time combat. You can chain together attacks, charge enemies, dash through the air, launch enemies and dodge attacks. On the lower difficulty levels, you can get away with button mashing. This goes out of the window at the higher difficulty levels, where it becomes important to study your enemies and adapt to their attack patterns.

With various moves to learn and your timing being a factor, there’s much more of an emphasis on skill with this kind of combat. Boss fights especially are exciting affairs that can get the adrenaline pumping.

The Star Wars movies are known for exciting, fast-paced lightsaber combat. The combat in the Star Wars: Knights of the Old Republic games was a blend of turn-based and real time. It used the D20 system to calculate damage, rolls, saves etc. However, each “turn” appears as an exchange of real-time combat. You can pause the fight to queue up actions. You’re also able to switch which character you’re primarily controlling. As it isn’t really real-time, you can’t just mash the button faster and faster to attack the enemy quicker. The actions are in an orderly queue and will happen when they happen.

The illusion of it being real-time combat makes it appear to be closer to the fast-paced combat of the movies. It is still allowing you to strategise too. So, is that it? Do we have our winner? Well, not quite. Such a hybrid system could also be described as a Jack of all trades and master of none. I’d be surprised if the combat in Star Wars: Knights of the Old Republic won a poll for the best RPG combat system ever.

Would Star Wars: Knights of the Old Republic have been a better game if the combat was more similar to NieR Automata’s?

And the winner is…

…subjective! I personally enjoy both types of combat. I would just prefer it if a franchise known for one style of combat stuck to that style instead of switching it from one entry in the series to the next. I’m happy for developers to experiment with different combat systems but can’t it be in different franchises? Or if not, can it least be given an obvious spin-off title instead of being considered a core entry into the series if you are going to switch the combat style?

And now, over to you. Which is your favourite RPG combat style and why? Also, what are your favourite examples of games which employ turn-based combat, hybrid combat and real-time action combat? Also, would it bother you if for example The Elder Scrolls 6 was a turn-based game instead of an action RPG like Skyrim? Or so long as it’s a good game, would it not matter to you at all if the combat system wasn’t what you were expecting? Please comment below and let us know.

So, I hope that you liked this article. If so, you may be interested in reading the Persona 5 Review: Stole My Heart article. Alternatively, you could read the Final Fantasy VII Remake Combat Art Unveiled article instead.