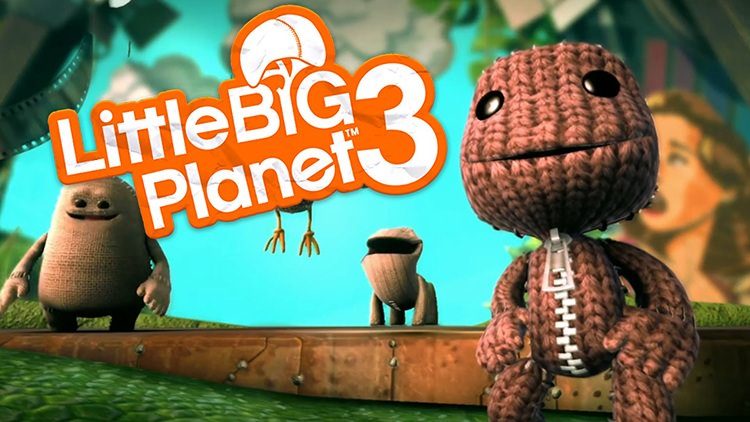 Little Big Planet 3 released about one month ago for the Playstation 3 and the Playstation 4. It is the newest installment of one of Playstation’s most unique and creative franchises, as it encourages innovative platforming as well as the  implementation of your own imagination in its user-generated content. While LBP and LBP2 have been widely successful, has LBP3 reached the expectations of its previous installments?

Sackboy finds himself brought to the new world of Bunkum. After being tricked into releasing the evil three Titans, by the antics of the tricky creator-wannabe Newton, Sackboy must gather three ancient heroes for help to face this menace. Sackboy sets out on this new journey to find these new friends and to save the world’s creativity from Newton and the three Titans.

The story itself was pretty interesting. The approach, however, was straight forward and made the flow of the game not feel like the previous games. Basically, the formula of the story was the same throughout the game, go to the new place, get the required amount of marbles by completing levels, save a hero and play a level with them, and utilize their new mechanics. It was a shame that the new characters did not receive as much of the spotlight as Sackboy. But it did not make too much of an impact to the story. 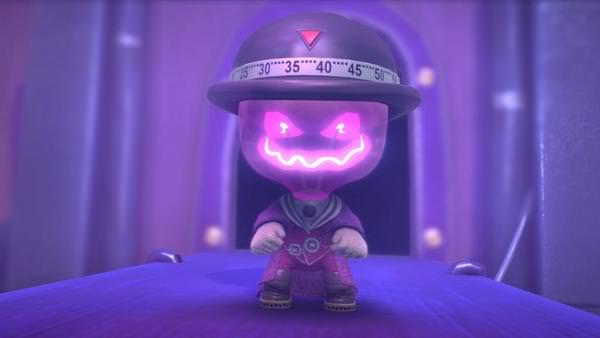 A new adventure, a new foe.

Sackboy returns with his adorable smile and his goodwill. He still remains the same as he was from the previous installments, which is a very good thing. His new friends are also a nice addition. Oddsock is a silly four-legged speedster. Toggle is a happy and caring size-shifter. Swoop is an elegant little birdy. The only flaw though is that not much more has been done for these new friends, besides what is simply presented. But it is simple to identify the kinds of characters they are.

Newton is the antagonist of the story. Surprisingly, he had a good story for himself and was an enjoyable villain. Showing much emotion and with his smart remarks, he has proven to be an arguably much better villain than the Negativitron from LBP2.

The rest of the cast were pretty decent and on a similar level as the cast from the previous installment. Although, they were not too critical to the actual story. 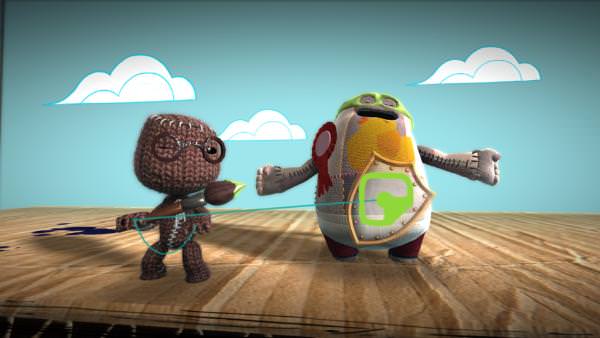 LittleBigPlanet 3 looks just as good as the previous games on the Playstation 3, and is also graphically better on the Playstation 4 too. The central places you enter in its story mode are all vibrant and unique. But entering their levels offer a different experience. From ‘well heated’ places to outer space, the levels in LBP3 are very creative visually and take you to places that may have been missed in previous games.

Sackboy is just as customizable as how he was. And as a joyful bonus, previous progress and collectables can be imported to LBP3, even if you are on the Playstation 4. This allows returning players to customize Sackboy with their old content, including previous DLC. It is not limited to this though, as LBP3 offer much more possibilities to alter Sackboy in almost any way you would want. In addition, there are costumes for your three new friends as well; there is not as much though, but still enough for some variety. 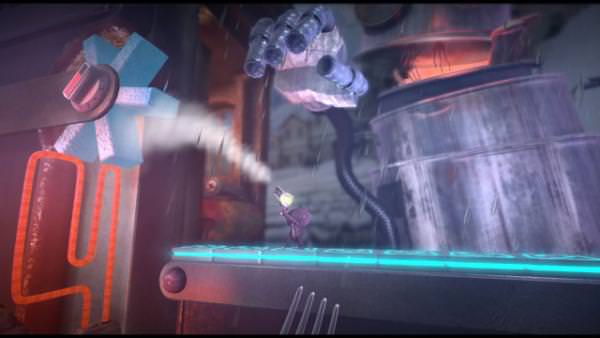 Great in any situation.

Audio soundtracks make their return in LBP3. Although, the new set of audio tracks for levels are much more unique in variety and some are even familiar. LBP3 sounds just as good as previous installments, with the new additions as a much welcomed bonus.

Almost the entire game is fully voiced very well. Side characters are voiced nicely as well. The narrator for LBP and LBP2, Stephen Fry, returns to narrate and continues to do an excellent job. The other more important characters are also voiced excellently as well, as their voices matched their characters and personalities. 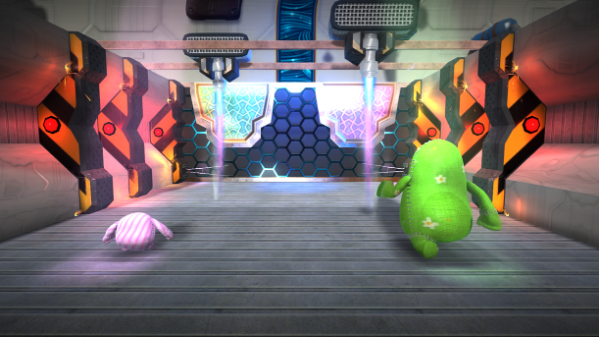 Sounds as great as it plays.

Sackboy still follows his original platforming skills. Most levels are played with jumps onto platforms and light puzzle-solving. Sackboy still mostly plays the same, but new mechanics have been added. Sackboy can now climb up certain materials, as if it was a ladder. New gadgets have been added, changing how certain levels are played and provides hidden rewards for those that backtrack with later gadgets. Levels now have 16 layers, and the game allows you to travel through these layers; this adds more depth to the actual gameplay and more details for each layer.

Sackboy’s three friends also have new gameplay mechanics as well. Oddsock runs much faster than the rest and can jump from wall to wall. Toggle can change from big to small, with each version providing different features and attributes. And of course, Swoop can fly and accelerate down from the sky. Although Swoop’s abilities seem a bit of a different direction, compared to the other characters, these new mechanics add more variety in gameplay and more possibilities in its community-created levels.

Previous installments allowed Sackboy to travel from his pod to levels and challenges. But now, levels and challenges are accessed as you travel within the central location. That is correct, LBP3 implements hubs for each chapter of the story. From each hub, players can access Story levels. In addition, there are now residents of each community that have challenges; challenges in LBP3 and now changed as side-missions. Unique characteristics such as shops for new costumes are available and hidden prizes and collectables fill each hub.

Something to take note of is that a very large amount of bugs and glitches have been reported, which affects gameplay and the game altogether. Although none have been witnessed during this game’s evaluation, and although this has been a main priority for the game’s patches, problems are still happening for certain users. 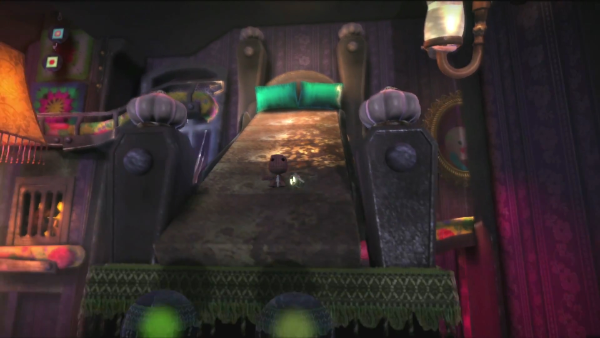 One of the most iconic features in the LBP franchise, the Level Creation Suite, is back and just as enjoyable. Levels are made as great as the effort applied, as there are many gizmos and detailed settings that can help shape your creations. Items found in the story mode are used here to create your own levels. Gladly, the items you have gathered from LBP and LBP2 are also imported into LBP3 as well, letting you access all of your goodies from your past adventures.

The Community Levels are just as expansive as previous installments. In fact, the millions of levels created from previous games are also playable in LBP3. In addition, levels created on the Playstation 4 platform are playable on the Playstation 3, and vice versa, showing how every action in the LBP Universe is connected. Sadly, it is a bit unorganized. It might be difficult for some to find new LBP3 levels, while LBP and LBP2 levels are mixed in. 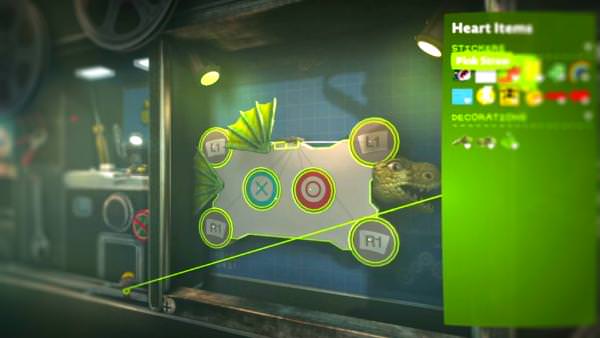 8.5
Summary: Sackboy makes his first appearance on the Playstation 4 and continues his adventures on the Playstation 3 very well. Problems such as bugs may interfere for some, while others may not like some new directions LBP3 takes. Yet Sackboy is still able to share creativity with the world in such an acceptable fashion, while having his new friends being welcoming additions to the LBP3 franchise. Newcomers may find LBP3 unique and different, as returning veterans will continue to explore the most outer reaches of imagination.
Story & Setting (8.5)
Gameplay (9)
Design (8)
Replayability (9.5)
Pricepoint (8.5)