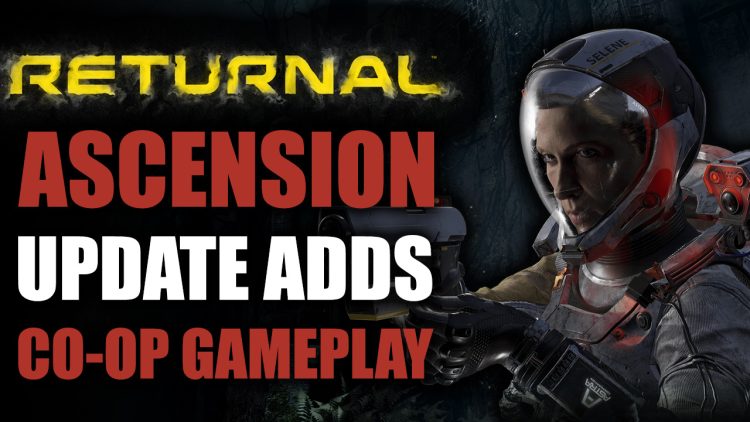 Returnal receives the free “Ascension” update on PlayStation 5. This newest update adds two-player co-op play as well as the endless Tower of Sisyphus.

Fans of the roguelike cosmic horror genre third-person shooter Returnal are up for a good time this March. Those who find exploring Atropos alone will no longer need to do that. Housemarque is adding a two-player coop mode to its popular shooter. 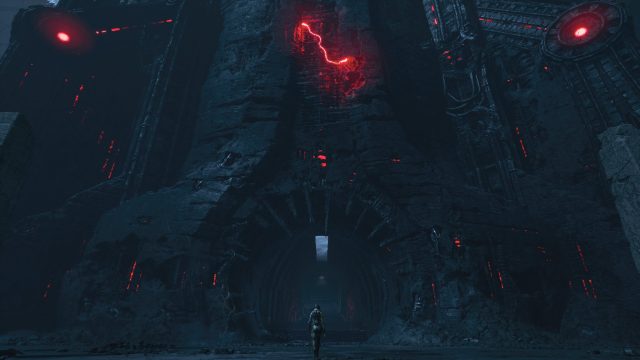 Returnal is a great experience. We scored it a 9.3 in our review back during launch. It was able to tightly integrate great writing with even greater, and more fun gameplay. The title is one of our must-play games if you own a PS5.

A sleeper hit, Returnal is bound to captivate you from start to finish, no pun intended. If you are a fan of good Sci-fi in the vein of The Expanse, Stranger Things, or Mass Effect, you surely won’t want to miss this game. Returnal is the early front runner for Game of the Year 2021, making a compelling case to get a Playstation 5…if you can find one.

-Castielle, from the Returnal Review

In Space, Nobody Can Hear You Scream

Even though Returnal was developed mainly as a single-player title, the team at Housemarque was able to update its systems and create a seamless experience. Exploring Atropos can indeed get quite lonely, and blasting aliens is definitely better with a friend. Do note that like most PlayStation online features, this requires an active PS Plus subscription. 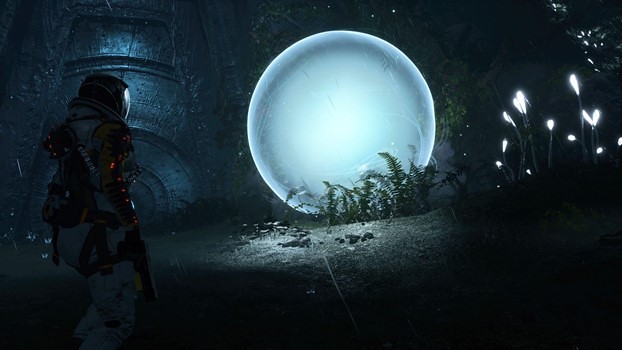 To be able to group with a buddy (or random person), players should access a Chronosis portal. These portals are scattered throughout the maps, but specifically, they also appear in the crash landing starting zone. There, players will have the option to host or join a public cycle. One can also choose to create a private session if you have a specific friend in mind.

Fighting and Surviving Together

Once connected, then the fun begins. Players can then go and experience a full cycle together. However, progression works somewhat differently in this new mode. The host always keeps their full progress – be it upgrades or weapons found. The joining player, on the other hand, can only progress their Scout Rank, Weapon Traits and their Databank. The more the joining player assists, the faster their Scout Rank will increase. 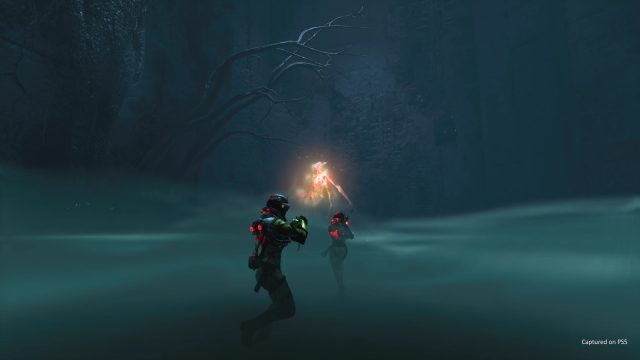 Otherwise, gameplay is very similar to the single-player mode. The only other key difference is that if one player gets downed or knocked out, the other one can attempt to revive their fallen comrade. However, this will cost them a valuable resource: time. While nobody is shooting the enemies, they get an opportunity to crawl ever closer to their prey.

The team at Housemarque went through several iterations of the revive mechanic, in fact. One anecdote they shared was that they added a health cost to the player reviving the other. This humorously created a vicious cycle wherein players would revive themselves over and over to 1 HP and made it easier for them to perish. Good thing they changed that.

As previously mentioned, the team is introducing an endless mode into Returnal. Enter the Tower of Sisyphus, a procedurally generated and endless challenge mode. Players will battle it out to keep going higher and higher up the tower. Unfortunately, the Greek Mythology story of Sisyphus ends in despair. Sisyphus is punished to keep pushing a boulder up a hill, only for it to fall back down and repeat the process. 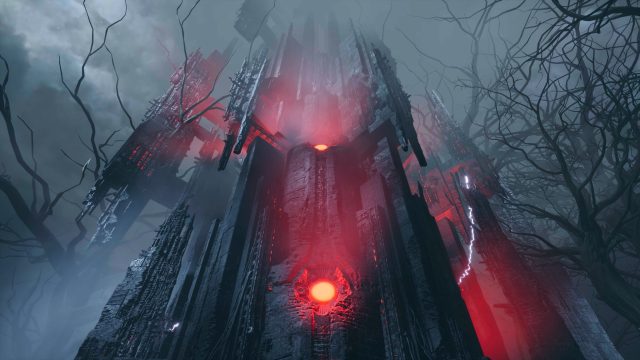 The Tower of Sisyphus

The experience here is similar – meaning the tower has no end. The only accolades you gain is how far up you’ve been able to travel. Players are then motivated to increase their score, a feature that was not present in the main game. The score increases the further they go up the Tower.

Like arcade games of old, players can gain score multipliers for various actions. If they stop dealing damage or take too much damage, their multiplier starts to decay. This ensures that players are aggressive and hopes that this will keep a steady momentum. A leaderboard was implemented to show off the greatest players of Atropos.

The new Ascension update will surely breathe new life into the game. New multiplayer features are definitely a good step in the right direction. We can’t wait to see what else Housemarque has in store for fans. 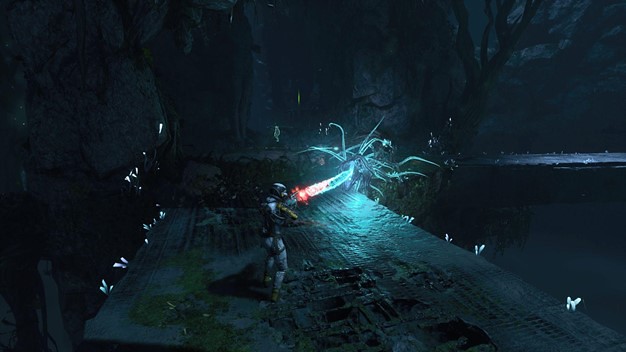 Just starting out and want an edge for the Tower of Sisyphus? Be sure to check out our Tips & Tricks Guide: 10 Things All Players Should Know and All Weapons in Returnal Guide.