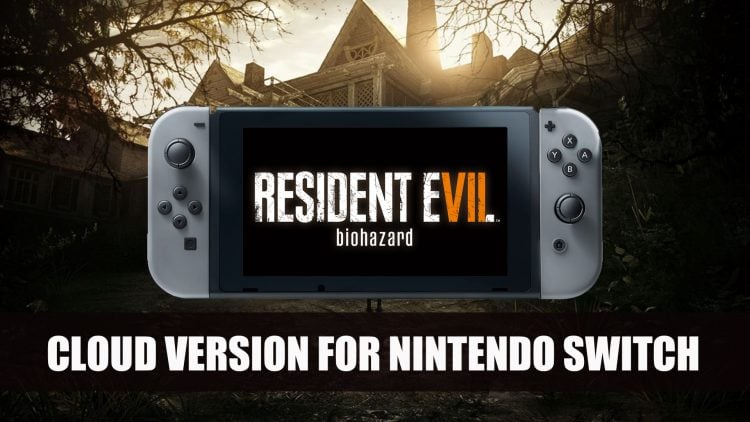 Resident Evil 7 come to Nintendo Switch but not in the way you would think a usual port would go. Instead of being made available the usual ways on the eShop or physical copy, it will be playable via cloud.

Capcom have confirmed that Resident Evil 7 will be coming to Japan and will be playable in both in docked and undocked mode. However, players will need a steady internet connection in order to play the title. The cloud version will be complete with all four DLC packs which were released for the console and PC versions. A 15 minute demo version of the game will be available for free but after that players will be given an option to purchase an 180 day service pass which allow them to play the full the game.

Pricing is set at ¥2,000, which is around $18.01, which will include 180 days of gameplay. The save files will also be stored on the cloud rather on the Nintendo Switch itself. But Capcom have warned files linked with an inactive account will be subject to deletion.

At this time there is no news on whether this form of gameplay will be made available to other regions but we’ll keep you posted if there is any news as we get closer to E3. This could be way for Nintendo to test the waters with cloud game streaming.

As a Nintendo Switch player I’m a little torn with this news as this might not only represent the future options for Nintendo Switch gameplay but all platforms may move towards to a cloud option in future. As Nintendo Switch is purely a wifi connected device, being tied to an internet connection to play a single player game doesn’t quite strike me as a natural fit. Although, having a game on the cloud could mean more space saved in terms of storage for your device, opening up a possibility of a wide range of titles via cloud service.

What are your thoughts on cloud gaming? Do you think this is going to be more common with all platforms? Let us know in the comments below.

If you enjoyed reading this article check out Nintendo Switch Online Service Will Come With 20 NES Games And Cloud Services and Octopath Traveler Preview an exclusive Nintendo Switch title.