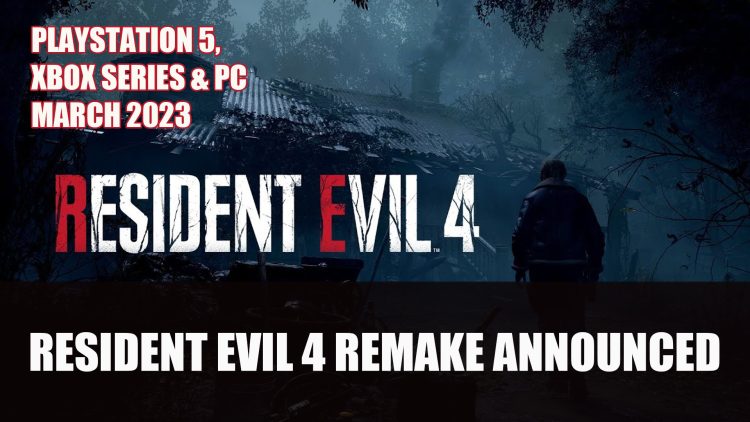 During the Playstation State of Play, Sony revealed Resident Evil 4 Remake would be releasing next year.

Capcom has another remake of a classic Resident Evil title, this time it’s a Resident Evil 4 Remake. The game will be heading to Playstation 5, Xbox Series X|S and PC on March 24th 2023. Capcom also shared that the game will feature support for PSVR2.

According to the blog post by Capcom, the game will still “feel familiar to fans of the series” but will be giving it a “fresh” spin. As usual the game will keep the essence of its storyline but will be a more reimagined version, with enhancements for current-gen platforms.

This wasn’t the only Resident Evil title to be getting the PSVR2 treatment. Resident Evil Village was also revealed to be getting VR support, so you can meet Lady D from a whole new perspective. Along with Playstation VR2 Sense controls, the game will have a dynamic experience for those who want to fully immerse themselves in the survival horror.

Check out the trailer announcement below:

I for one am excited to see how Resident Evil 4 will be remade, as Capcom have been doing a great job with recreating these titles such as Resident Evil 2, as well as the latest edition in the franchise Resident Evil: Village. RE4 is a title that needs a little love for its controls, so a remake would be a great experience for those who want a more modern approach.

For more news find it here in Dragon Age Dreadwolf Revealed By Bioware As Official Title Of Next Game and Warhammer 40,000: Rogue Trader Is The First CRPG To Be Set In The Grim Dark Future, By Pathfinder Games Developer.