Recently we were given the opportunity to check out Gunfire Games’ new Sci-fi third-person shooter: Remnant From the Ashes at their preview event in San Francisco. The following are our impressions of the game based off the time we spent there playing both single player and co op game modes. If you haven’t heard of Remnant From the Ashes before, then read on to find out more about a game that has us very very intrigued.

After playing the game at E3 2019, I really wasn’t sure what to think about Remnant. One hour with the game was not enough for me to get a good sense of the game’s concepts, especially without much direction on what to do or where to go. After playing again last week in San Fran, with devs showing me just how everything works, I got a much better idea and was pleasantly surprised just how much I enjoyed myself. 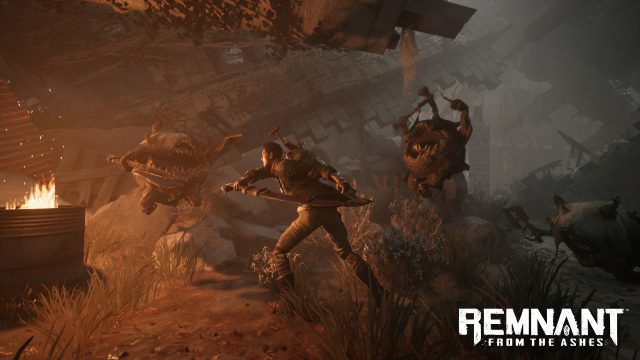 Remnant From The Ashes is is extremely difficult to compare to other games, and even more so without saying something like “It’s the Dark Souls of…”. It takes mechanics from games like, Immortal Unchained, Warframe, Dark Souls, and maybe even some rogue-like games, and sort of mashes them all into one. Strange right? Well it just works. No seriously, it just does.

Players will shoot or hack their way through mobs of enemies in order to find loot and gear that can improve their character. They will stumble upon Dungeons that have randomly generated maps, so they will be different with each successive campaign. One playthrough is supposed to take between 12-15 hours, and you will see less than half of Remnant’s Bosses during that time. Once you finish, players can then generate a new campaign to play through with their existing character, in order to fight even more of the game’s Bosses and gain even more loot. It will likely take you 3 or more playthroughs to see everything resulting in somewhere around 25-30 hours of gameplay. 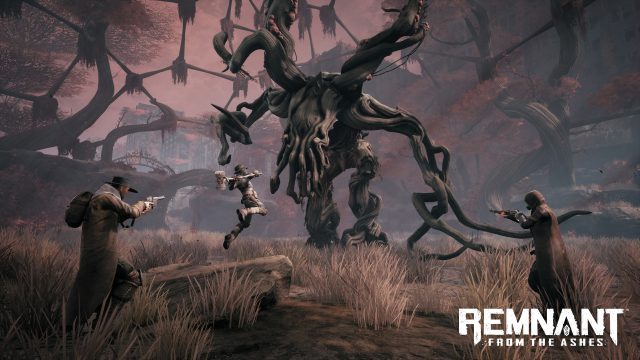 While this might sound very basic at first glance, Remnant is extremely challenging, and features a loot and character progression system that adds more depth than you would expect. A big part of the game is building your character the way you want, and using a load out that makes sense for you. Note that the game doesn’t feature “loot quality” and that the Weapons and Armor are very much like Dark Souls, in that they all have their strengths and weaknesses.

Remnant From The Ashes Character Development and Equipment

In Remnant, you begin the game by choosing one of three Classes that follow the archetypes of: long-range, mid-range and short-range combat. However, these Classes all have the same base Stats, with the only differences being the Weapons and Armor you start the game with. Since you can purchase the equipment of the other Classes, this isn’t that big of decision, but it does serve the function of providing some variation in the early parts of the game.

Players can have 3 Weapons equipped at once: a Hand Gun, Long Gun, and Melee Weapon. They can change these on the fly any time they wish, and Weapons function the way you’d expect. For example, you can use a repeating pistol that fires quickly for lower damage a shot, or you can use a revolver that has a slower rate of fire but does devastating damage. There are sniper rifles and shotguns, so players will have to decide which Weapons work best for their style of play. Weapons can be purchased from vendors, dropped from Bosses or Crafted. 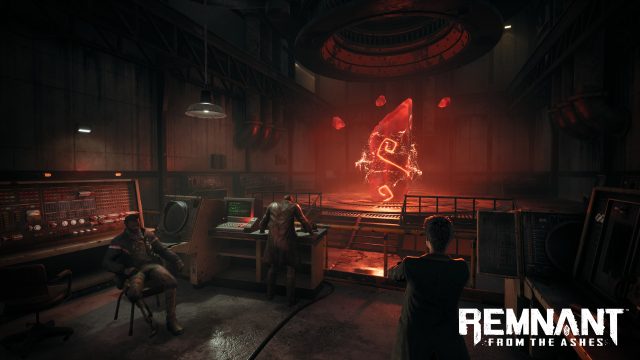 In addition, these Weapons can be upgraded to +1, +2, +3, etc at various vendors, to further increase their damage, much like Dark Souls. They can also be outfitted with Weapon Mods, that have various effects. Some examples are granting a damage shield for 60 seconds, or marking all enemies on the screen so that you can see them through the walls. The Mods must be activated to be used, so you cannot use them constantly, but instead will need to “fill up” your Mod gauge in order to use the Mod once again. This is done by shooting enemies with the Weapon, and since you can slot them onto both the Hand Gun and Long Gun, there is some incentive to use both Weapon types.

Players will have 3 Armor Slots: Helmet, Body Armor and Boots. Each piece of Armor provides protection against various types of damage, as well as providing a certain bonus to the player. For instance, some Armor pieces will grant Stamina Cost Reduction, and others will provide increased Weak Spot Damage. You can mix and match pieces of different Armor Sets as you see fit, however, using all the pieces of the same Set will usually grant an increased bonus. That is to say that you get 7% Weak Spot Damage with one piece, 15% with two pieces, and 25% with three pieces.

Unlike Weapons, Armor does not have Mods. However, it can still be upgraded to increase the amount of resistance each piece has, though it doesn’t improve the bonuses the Armor provides. Players are encouraged to find the Armor combination that works best for their playstyle, and then upgrade it to further protect themselves.

Players will also have 3 slots for one Amulet and two Rings. These accessories grant some sort of passive bonus, like damage reduction or increased evade window when dodge rolling. Players will mix and match these as they see fit to further enhance their character, and they cannot be upgraded.

As players make their way through Remnant, they will gain Trait Points that they can spend to further upgrade their character. Players must choose when and how to spend these Trait Points, which will define just exactly what they are good at. Players can increase their Health, Stamina, Mod Power Generation, Reload Speed, Resistances and others. More and more Traits become available as you progress the game, so you may wish to save some Trait Points for when they do.

Co Op Gameplay Is Where It’s At

The game is three player Co Op online, allowing you to play with up to 2 of your friends, adding to the both the chaos and fun. The game scales with more players, increasing the damage, health and number of enemies for each present in the game. This serves to keep the game balanced, while simultaneously keeping the game challenging, no matter how many people are playing. 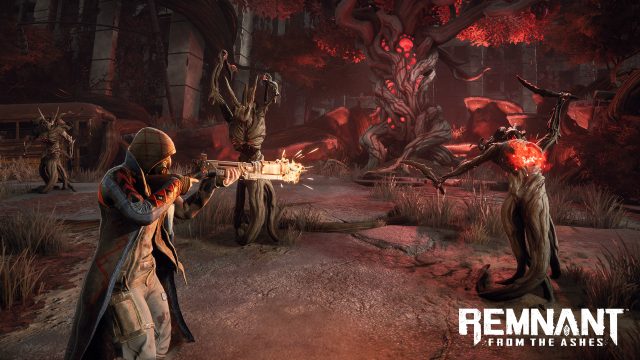 Remnant was very much designed to be experienced with Co Op, though you can play single player if you wish, because many of the game’s Mods effecting your teammates as well. For example, you can heal in an AoE, restoring Health to all players near you. You can mark targets for all players to see, not just yourself. Additionally, there is also a Teamwork Trait, that makes you more effective when fighting alongside others. 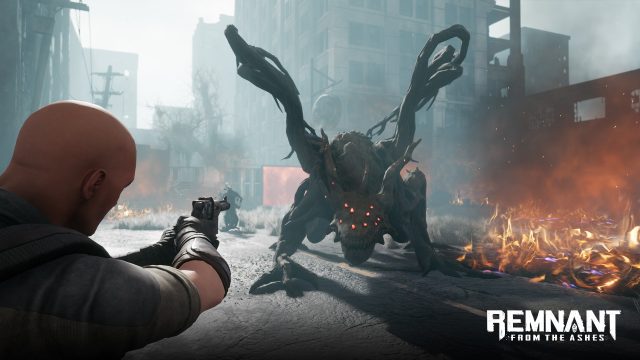 Remnant: From The Ashes has all the makings of a short but sweet title that might tide Action Roleplayers over until the rush of RPGs in September is upon us. I wish the game would be here sooner, as August 20th is cutting it a little close, but it should still give you plenty of time to finish before then. For 39.99$ USD, 25-30 hours of Co Op action is definitely justified based on what I’ve seen so far, and I can’t wait to play again next month! We’ll have a review up for you guys a bit closer to launch, so if you’re still on the fence, stay tuned for that!

If you enjoy learning about Remnant From the Ashes be sure to check our our developer interview with Gunfire Games. You can also watch the previous trailer released in Remnant: From The Ashes Cyclops Trailer Released. If you want to know all the latest info as it’s released you can drop by the Remnant: From the Ashes wiki.