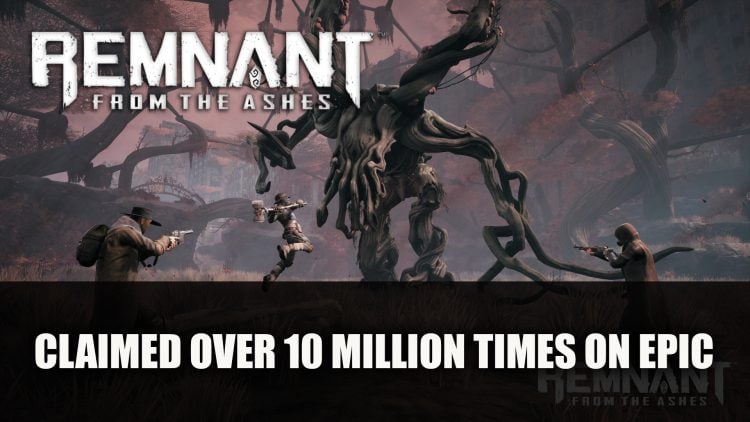 Perfect World Entertainment and Gunfire Games have announced that their co-op souls-inspired shooter Remnant From the Ashes has been claimed over 10 million time on the Epic Games Store.

Remnant From The Ashes Gets Redeemed 10 Million Times on Epic

This month Gunfire Games put their title Remnant From The Ashes, a dark co-op souls-like shooter on the Epic Games Store for free, meaning anyone with an Epic account could claim the game. This has led to over 10 million claims during the promotion period.

This is great news as this coincides with the recent release of their DLC Subject 2923. In case you missed it Remnant From the Ashes: Subject 2923 is the last DLC to be released for the game adding new areas, bosses, quests and of course more loot. It also features a brand new Machine Pistol, capable of firing in rapid succession, giving a fresh experience to the co-op shooter.

? Amazing milestone for the @Remnant_Game team! Thank you all for the support, and congratulations to @gunfire_games for the enormous success! ? pic.twitter.com/EMu0Th31DH

Recently Remnant From The Ashes surpassed 1.6 million in sales since it released last year. If you haven’t check out this souls-like co-op shooter yet you should check out our Remant From the Ashes review here.