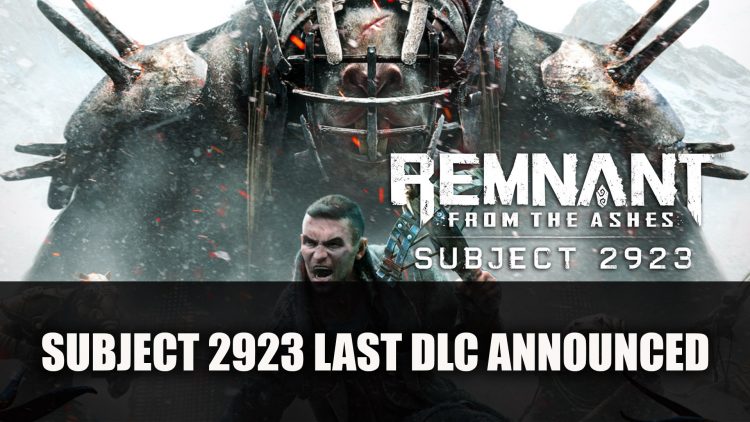 Gunfire Games has announced the last and final expansion for the co-op souls-like inspired shooter Remnant: From the Ashes, called Subject 2923.

Launching on August 20th, Remnant From the Ashes – Subject 2923 DLC will be the final expansion for the game. It will release on PC, PS4 and Xbox One, introducing an expanded campaign bringing new areas to explore of the corrupted Earth.

Being the last expansion, Subject 2923 comes with a significant amount of content with new areas, bosses, quests and of course more loot to gain. In the latest trailer plus latest gameplay revealed, you will be able to adventure through one of the new zones in an ice covered wasteland full of beasts that have been left to scavenge and deities inspired by Norse mythology.

Subject 2923 follows the story of an enigma that began in the Dream Program, a major point in the Remnant’s story. A growing conflict ensues under a force known as The Root. Getting to the “root” of the problem (how could I resist?) this expansion adds to the lore and story of the dark looter shooter.

David Adams the president of Gunfire Games, shared that making Subject 2923 has been no small feat, as this expansion “adds in a new story, there’s a whole new campaign and biomes to explore, it’s much bigger than what came before”. That’s right this DLC is bigger than the previous Swamps of Corsus, adding a lot more to the game in terms of content by comparison. He also shared that there has been quite the amount of flexibility in terms of creating this world:

One of the great things about Remnant is that whenever we go to a new world, we can just do whatever we want with the game and experiment.

Remnant: From The Ashes – Subject 2923, the final DLC will be releasing on on PC, PS4, and Xbox One on August 20th. Want to know what we thought of Remnant From the Ashes? Check out our review here. You can also watch/read the Swamps of Corsus DLC Overview.