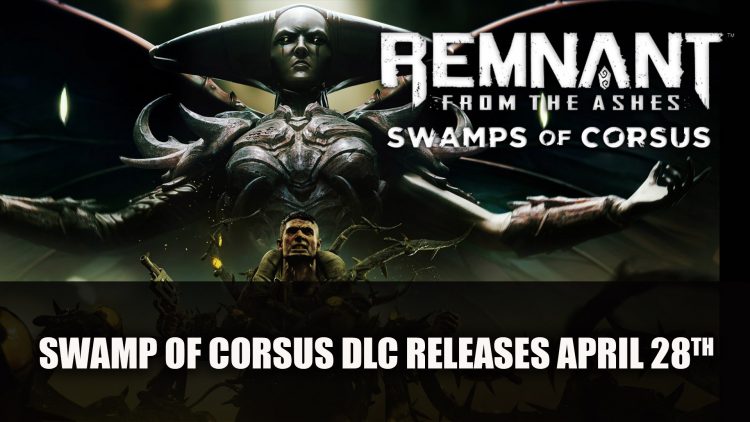 Co-op action third-person shooter Remnant from the Ashes is getting a new DLC called Swamp of Corsus coming this April.

Perfect World Entertainment and Gunfire Games have announced a new DLC for the co-op shooter Remnant from the Ashes called Swamps of Corsus launching on April 28th for PC for $9.99, coming later to PS4 and Xbox One. A bundle containing the base game and DLC will also be available on April 28th for $45.98.

Taking on the new Survival Mode, players will venture on with only a pistol and some scrap to aid them, into the upgraded version of the world of Corsus. Take on intense permadeath challenge while travelling randomly through the corrupted World Stones, to various biomes to seek out new rewards. Fight to survive the challenging bosses plus enemies in dungeons and more.

Remnant From the Ashes is a souls-inspired co-op. Team up with two other players and face an onslaught of procedurally generated levels. Face a variety of enemies and over 20 epic bosses in this post-apocalyptic world. Lock and load with a number of weapons with a wide choice of weapon mods.

Remnant from the Ashes – Swamps of Corsus releases on PC on April 28th.

Check out our Remnant From the Ashes review to find out more about the multiplayer mayhem third person shooter!