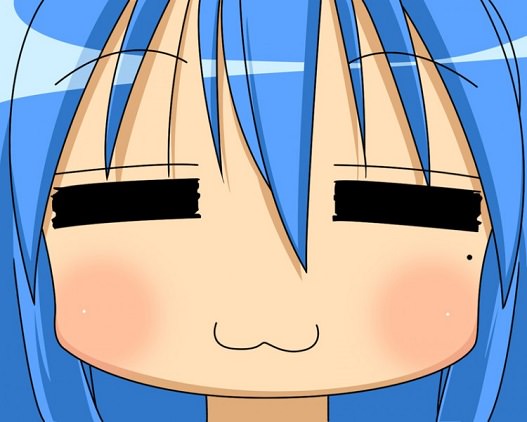 I’ve been hesitant to write this article for a good while now.  I had planned to write it just the week after part 1, but the subject matter to be discussed I found difficult to formulate into words.  After sitting on it for a good few months now I don’t think I’m going to get any more sudden clarity so I figured I might as well just go for it and hope something ends up working.  So now to try and give my take on a problem that the entire otaku culture has been trying to explain for years and that acts as a rather tough stylistic barrier for outsiders to pass when appreciating anime, let’s talk about “moe.”

For the sake of brevity, let’s jump into strawman territory.  The argument stereotypically ends up sounding something like:

“Why are these characters who are supposedly teenagers in high school acting like 10 year olds?”
Or
“Why does anime feel the need to make all its “love interest” characters act like little kids?  It’s weird and borderline pedophilia!”

To give my take on an explanation for why these things are and why they aren’t really the problems they’re made out to be, I’m gonna have to go off on a bit of a tangent.

Something you pick up on when watching enough anime is that the Japanese seem to have a very different approach to romantic plotlines and relationships than Western media, mostly in that for the large part, at least from what we’re “trained” to expect from our side of the ocean, they seem to go unfulfilled.  It’s not uncommon in anime for a romantic relationship in a story to, after 50+ episodes of buildup, result in nothing more than a brief shot of the two characters holding hands.  Sometimes they get as far as a kiss, but even that ends up being on the rarer side of resolutions, while other times it accumulates into nothing more than a slightly drawn-out shot of the two characters doing nothing more than looking at each other before the scene fades out.  Though obviously not without the rare exception, the trend in anime romantic plots/subplots tends to be more about the emotional buildup and drama in reaching the point where the two finally “get together” rather than what happens afterward.  To be fair, this approach to these relationships in stories is also common in Western media, but when the “buildup rather than resolution” approach is taken there it tends to be taken comedically while drawing on awkwardness for laughs where as in anime it tends to be rather serious and straight in its emotional approach.

In Western media, the emphasis and draw of the romantic relationships between characters seems to be more straightforward.  Said more bluntly, in Western media, two characters “getting together” is supposed to be interesting to the audience because of the imagined (or sometimes even implied or directly shown) intimacy that will take place between the two characters once a relationship has been established.  From simple cartoons like The Fairly Oddparents or The Amazing World of Gumball where the main love interest is primarily designated by being “the prettiest girl in school” to a sitcom like Friends where a majority of the content is “who’s sleeping with who now” there’s always a focus on intimacy or base physical attraction as a starting point.

Rather than “see attractive girl, attempt to win her over for the rest of the series,” relationships in anime usually begin more with “see that weird girl over there, wonder if I can’t figure out just what’s going on with her.”  In fact, outside of low-brow Harem series, the whole “prettiest girl in school” character is usually shown to be unattainable or written out of the picture rather quickly.  The approach an anime protagonist has towards a love interest is usually more of a “how can I better understand her” rather than a “how can I win her over,” and creating an unusually naive and bright-eyed character makes them an easy draw for a protagonist’s curiosity, especially if they’re a cynical type like anime protagonists tend to be.  Put simply, more often than not in anime a relationship between two characters carries very little to zero sexual connotation.  But there still needs to be some kind of thread connecting the two characters, and that’s where moe comes in.  It conveys a sense of innocence in the moe character that the other character (and when done properly, the audience as well) wants to understand and protect.

And lastly, anytime the idea is brought up that an anime character actually is physically and directly attracted to moe behavior, it’s almost always considered by other characters to be deviant and shameful.

Western audiences have attributed moe behavior to love interests, but that’s just because that behavior is an easy launching pad in anime for a romantic plotline that diffuses expectations of intimacy without really being the core or main attraction in the relationship.  It’s become a common enough trend that non-anime-watchers have attributed moe to romance in anime, but have been trained by western culture to have an incorrect expectation of how romantic relationships in stories are “supposed” to be handled and so take it’s application to mean the wrong thing.


So What Is Moe, Really?

Now all that stuff about romantic stories and the way love interests are handled and whatnot, all of that was the tangent I mentioned earlier.  Because ultimately, moe is less of a style or character type and more of a feeling.  You know something is moe when it makes you smile on both the inside and out.  When it makes you crack a grin and your whole body relaxes a little.  When something bad happens and you think “how could you do that to _____?”

It’s a method of endearing you as an audience member and sometimes other characters within the story to a thing by making that thing a shiny little ball of light.  You don’t want it to go out and you don’t want to let it go.  It just so happens that childish innocence is the most effective way to elicit this feeling from human beings.

Most of the time when I see someone complaining that moe is the reason they can’t get into anime, I feel they have placed too much emphasis on its use as a device in romantic stories while also not being able to fully understand the difference in how romance in anime is treated in general.  Moe isn’t necessarily a romantic thing, and when it is it’s very rarely making the implications a Western perspective makes you think it’s making.  So the next time you see a character who was drawn, naturally looks, or just acts childish, take it for what it is on the surface and smile like you’re a kid on a playground.  Because they honestly aren’t trying to make you feel anything else beyond that and have even learned to use that feeling as its own unique storytelling device.