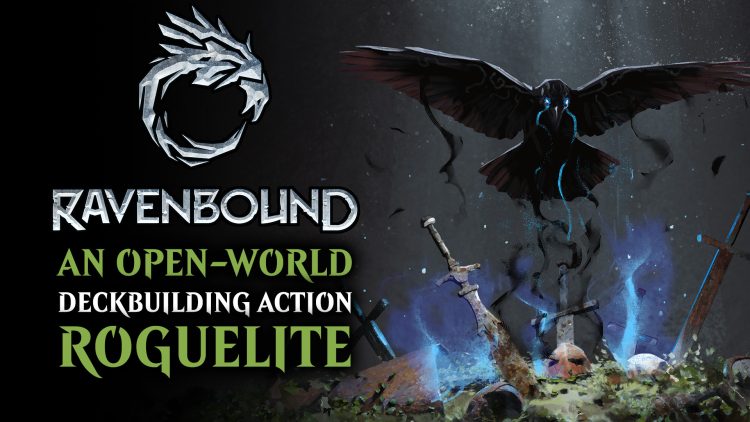 Ravenbound tries to mix up the roguelite genre by blending it with a Swedish folklore-inspired open world.

Ravenbound is an Open-World Roguelite Inspired by Swedish Folklore

Roguelites are like a dime a dozen these days, being a go-to genre for great gameplay and near-infinite replayability. That’s not to say the genre is bad, as there are tons of standout titles, such as Hades, Returnal, and (to an extent) Dead Cells.

Not-so-newcomer Systemic Reaction though is trying to mix two fan-favorite genres together: roguelites and open-world sandboxes. They do it with heaps of Swedish mythology at their backs, some ravens, and a ton of cards.

Avalt is a beautiful world inspired by myths and legends of old. It is a wide open space that is separated by rivers and mountains and thus is a challenge to explore freely on foot. Good thing that our character is a Raven, an ancient weapon crafted by the gods in order to drive back the darkness and save the lands from utter destruction. 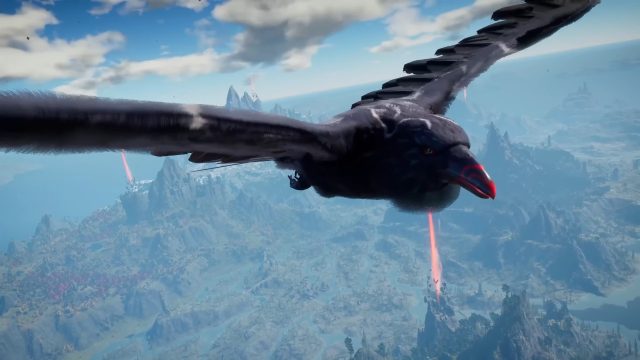 Unfortunately, the Raven has no corporeal form and thus must inhabit “Vessels” in order to interact with the physical world. And thus these Vessels are Ravenbound, mere husks that follow the wills of you, the Raven. 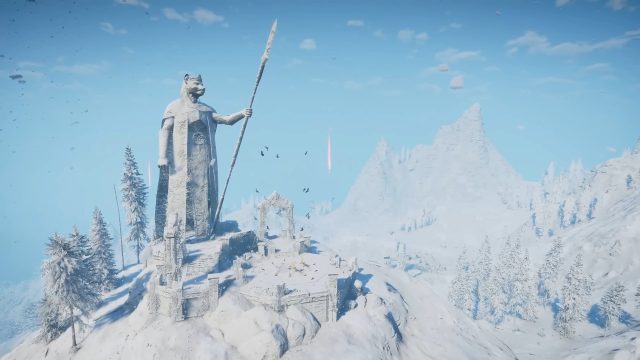 Instead of following in the footsteps of other Roguelites, wherein you move through the game’s locations linearly, Ravenbound tries something different. After the initial areas, the world of Ravenbound opens up into a fully-explorable vast world. Players can choose which challenges to tackle, and in which order. In fact, there won’t be anything stopping players from challenging the final boss, as long as they survive the journey to get to them. 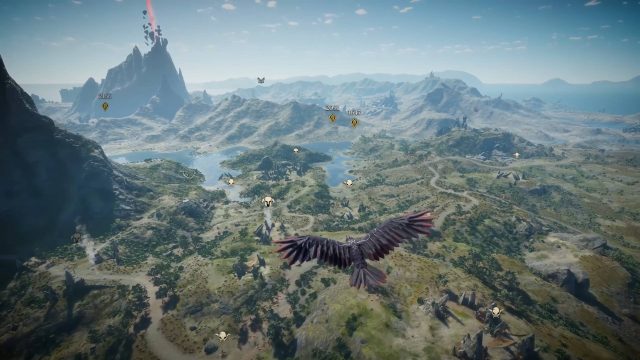 Travel as Far as the Eye Can See

Ravenbound’s world is also designed in a way that players can decide whether they want to travel by foot or by flight.

Ravenbound is played as a real-time action game when in combat, similar to things like Soulstice and Devil May Cry. Players will execute familiar melee and ranged attacks against a variety of foes. All of the enemies are inspired by Swedish folklore, such as massive trolls, undead Draugr, or even seductive huldras. 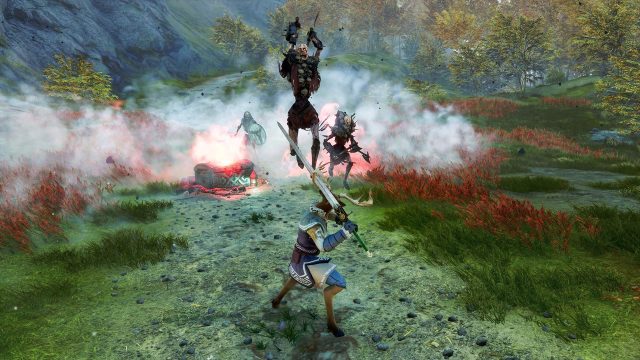 Face Draugr and Other Terrors

Each type of foe will also force the player to adapt, as defeating them won’t be as straightforward. For example, Warden boss fights will be heart-pounding affairs in Ravenbound. These will be one-on-one combats in which the player will need to make full use of their equipment in order to survive. 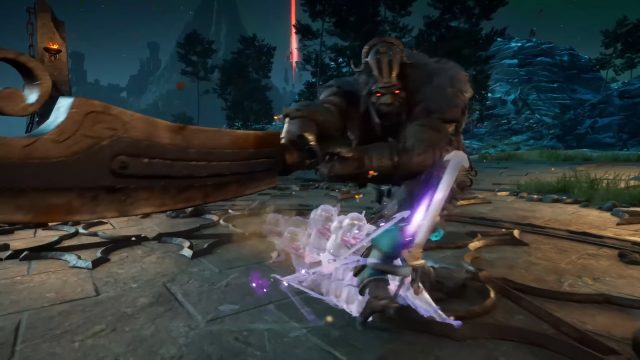 Trolls, on the other hand, have slow but heavy attacks. These should be dodged while waiting for the perfect opportunity to land your own heavy strikes. Goblins will try to swarm the player, being relentless in their assault. These critters will need to be managed and taken note of, lest the player gets overwhelmed by their tiny swords and spears.

Upgrades in Ravenbound are bound (heh) to its deckbuilding system. Players will choose various cards as specific points of the game in order to build up their character’s attributes. Since the game had permadeath, you will eventually need to let go of your mortal coil as well as all the cards you’ve accumulated in that run. 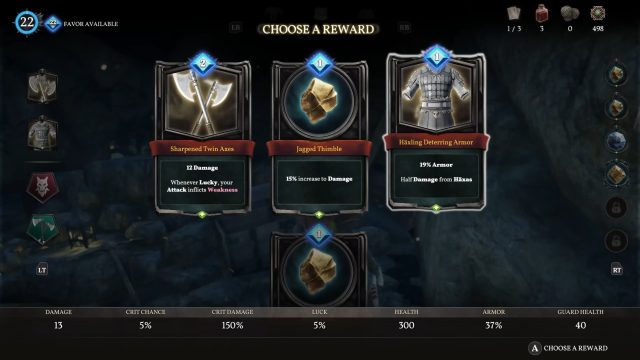 Select the Right Cards to Make Builds and Discover Synergies

The catch here is that any new card that you unlocked during a run will be added to the potential pool of drops for every subsequent attempt. Even though you lose your deck after death, future runs will have more options to become stronger. 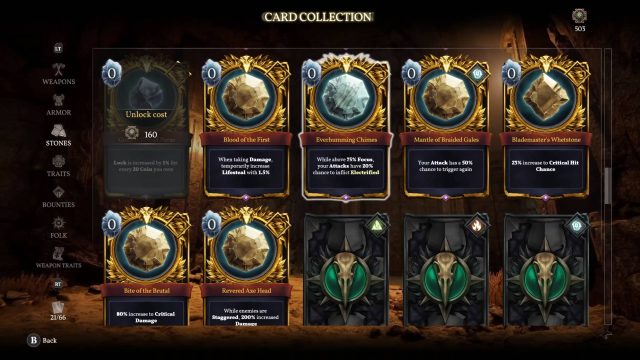 Unlock Cards as You Go

Cards will represent everything that the character can use, ranging from weapons, armor, magic spells, and other powerful artifacts.

Ravenbound’s characters are called “Vessels”, mere meat puppets that the spirit of the Raven inhabits in order to fulfill its destiny. Through the Raven’s spirit, Vessels inherit the memories of the old world, how things used to be more magical and awe-inspiring. 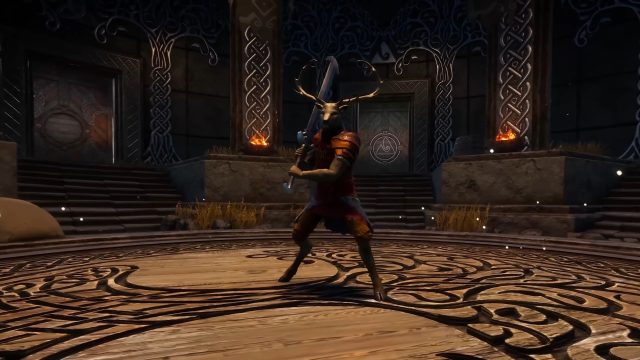 Avalt nowadays is dangerous and full of terrors. It has become more grounded and darker and is less about shining heroes and more about just surviving day-to-day life.

Going Back to the Rogue

Be sure to check out some other unique Roguelites that are just over the horizon. Warframe’s Duviri Paradox expansion (which was delayed to 2023) is also attempting at creating an open-world adaptation of the genre. We also have the graphically impressive Blight: Survival which is creating a zombie survival roguelite.

Ravenbound doesn’t have a tentative release date or price point just yet. However, it does look like a closed Beta is ongoing, based on the Steam store’s announcement page. They’re pretty hush-hush for now.