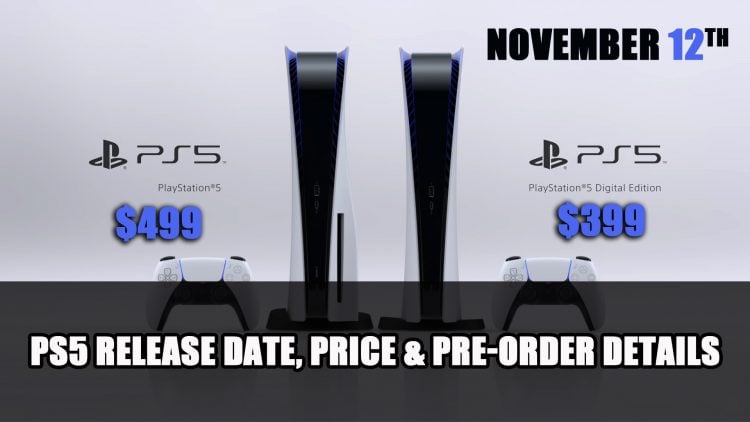 Sony officially announces the release date for upcoming PS5 which launches this November alongside the pricing for both consoles.

Sony held their rather eventful PS5 showcase today finally unveiling when we’ll be seeing the arrival of the mighty console which previously had only announced a holidays 2020 arrival. PS5 will be launching on November 12th for US, Japan, Canada, Mexico, Australia, New Zealand and South Korea. It will then launch worldwide on November 19th. The digital edition which doesn’t come with a disc drive will be priced at $399 and the standard edition at $499. 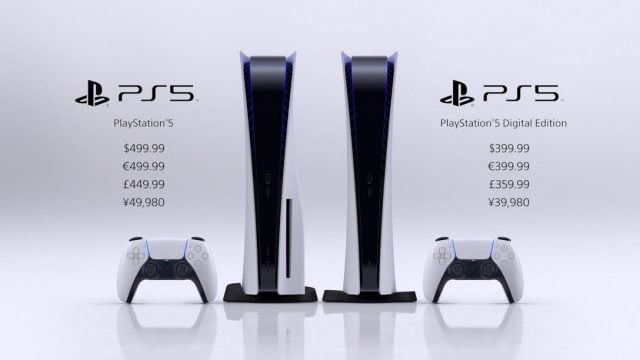 This isn’t too much of a surprise when it comes to the launch date as many predicted after the reveal of Xbox Serues X’s launch date for November 10th, that PS5 would follow suit. There were however a number of rumours for pricing, but this confirms that the most expensive edition hits the $500 mark.

This launch date sets PS5 up and ready for the holiday season, which many will now be able to decide with these details whether they’ll be picking up Xbox Series X or PS5. The cheapest console edition Xbox Series S is priced about $100 below PS5’s digital edition. However both top of the line editions seem to cost the same which will make an interesting race for the companies, with Xbox Series X releasing a couple days before on November 10th.

So where will you be able to buy? If you’re in the US you’ll be able to pre-order from the following retailers. But you will also be able to register on Playstation 5’s official registration page to be one of the first to pre-order a PS5.

There were also reports for Gamestop and Amazon pre-order pages but Amazon is at the moment just a placeholder page, and Gamestop appears to be sold out like many already.

Which version will you be getting? Which console will you be picking up? Or will you be springing for both consoles? Let us know in the comments below.

Playstation 5 will be launching on November 12th for select regions, and November 19th worldwide.