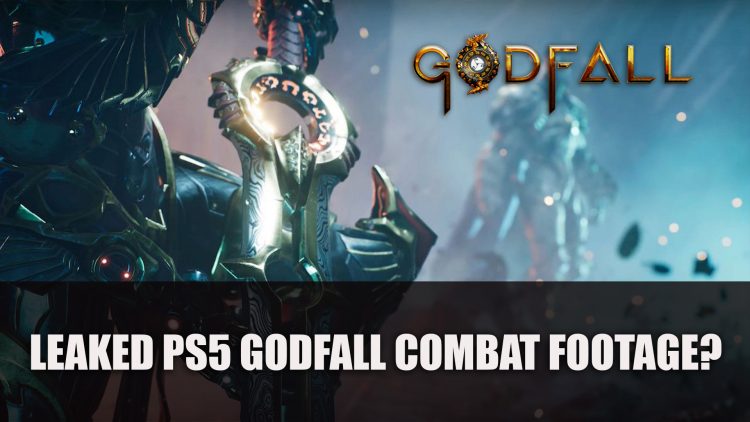 According to a reddit post a short clip of Godfall on PS5 may have just leaked showing some combat.

In a post on reddit, a user has posted a short seven second clip that shows some combat for Godfall in the PS4 subreddit. This gives a quick glimpse of some combat on PS5 for the upcoming title. While what we see is rather brief, we do get a quick look at some of the weapons being swung as well as lunging attacks.

According to the user who posted it, this clip comes from an internal trailer from the beginning of 2019. While there isn’t anything to back up this claim, the video does seem to show something quite similar to what was shown in it’s reveal trailer at The Game Awards.

There have been a few further details revealed since The Game Awards including loot system, as well as “legendary weapons and armor” which was shared on the official website. There is also an option to choose to play single-player, two player and three player co-op. Godfall is described as a  “third-person fantasy looter-slasher”.

You can check out the leaked clip below: