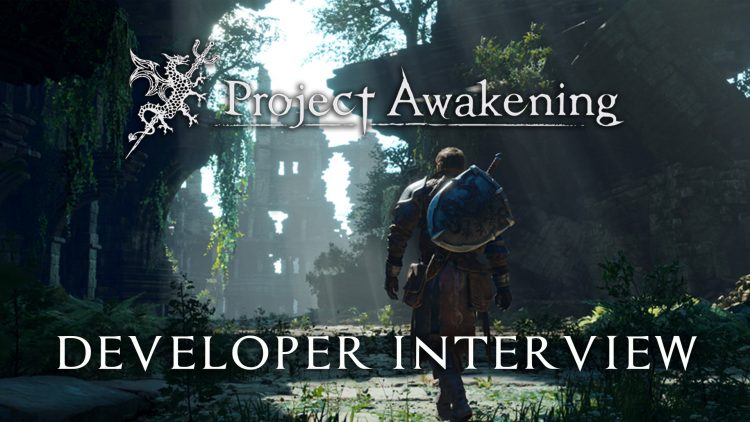 While E3 2019 is the busiest time of year for the gaming industry, we managed to snag an exclusive interview with Cygames, the developer behind upcoming action-RPG Project Awakening.

Project Awakening was first shown to the public as part of the pre-Tokyo Game Show Playstation Lineup last year. An international trailer was released featuring a new world of beasts and a knight-like hero who looked to be taking on this monster one-on-one. The trailer definitely caught our attention as it looked to have all the makings of a great action title. Sitting down with Cygames Producer Kenichiro Takaki at E3 2019 we were eager to find out more of what this game entails, as there is still a lot mystery surrounding the game. 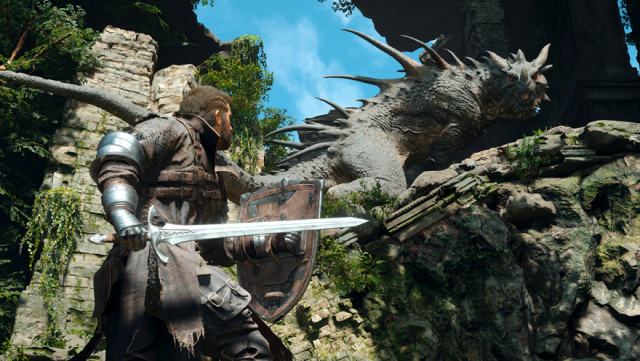 We got to learn more about the nature of game in terms of co-op, the general concept, as well as their inspiration behind making this title which includes high fantasy muses such as Lord of the Rings and Game of Thrones.

FL: What is Project Awakening?

CG Takaki: It’s really hard to pin point [as] we’re not sure how much information we can share about this but to make it simple, we are Cygames a Japanese game company. This will be our pilot project to penetrate the western market with a console game.

FL: What genre would you consider it?

CG Takaki: It will be an open-world game, it will have a multiplayer function, to get together with you friends and battle. It will have lots of fighting, blood and sweat. We’re trying something really new and interesting, that’s as much as we can say.

FL: Is it more action or more roleplaying?

CG Takaki: It’s still a bit in discussion on our end, while it will feature RPG elements, I really want to focus on the action elements more.

FL: You mentioned multiplayer, is it co-op? PvP?

CG Takaki: In general it’s co-op, to get together with your friends and fight it out together.

FL: It the game going to be heavily story-driven? Following a strong narrative or is going to have a loose story focus but more of a focus on gameplay?

CG Takaki: Both. Trying to find a middle way there…balancing it out, somewhere in the middle.

FL: What were you inspirations for the game?

CG Takaki: Primarily that would be orthodox high fantasy, via the Lord of the Rings or Game of Thrones.

FL: What platforms will it be available on? Next generation?

CG Takaki: As new as possible and as broad as possible. That’s not really our goal, but if it happens, a new generation comes out and [our game] is still in development then yes.

FL: Could you tell us a bit about the gameplay, the general concept?

CG Takaki: So there is a trailer published, which I think you have seen. It features a big boss battle, that is one of the concepts, really getting to interact with creatures, everything should feel vivid, real and just raw. Judging on the overall scope, the trailer that is out basically features about 1% of what we envisioned the game to be like in the end.

FL: In terms of scale what do you envision in terms of size? How would you compare it for example to the size of Skyrim, where does it fall in comparison?

CG Takaki: I guess in total it would be close to those [type of] games, but when we speak of scope it does not mean to us just a huge map for us to explore but things that you can do in certain areas of the game should have certain layers. There should be a lot of things to do in all parts of the game.

FL: Are there other areas inside the game like a dungeon, or you go into a castle that you load into or is it seamless?

CG Takaki: It is seamless.

FL: You mention co-op, what distinguishes players apart from each other? Do they have different roles to play, classes or the equipment you use that separates you? What makes each player different?

CG Takaki: Well that is pretty much undecided, but we will have different classes, lots of different outfits, gear and items etc. It will not be that people will get together in guilds and always stick together in the same formations, but maybe it will depend on the bosses that they are currently facing, they might need certain people with skills or classes and get together with those people. After its done, they may split up, get together with a new group.

FL: How many people do think will play this game at once?

CG Takaki: While we do think the more the merrier, we are thinking anywhere between 4 up to 12,

FL: It Project Awakening the actual name of the game or it is placeholder?

CG Takaki: It’s a placeholder. Once our vision takes more form I think there will be a point where we really be able to name our child.

FL: Is there magic in the game? Or is it more traditional fantasy like Game of Thrones where its very minimal or it going to play a significant role?

CG Takaki: That is part of the discussion which is going on at our end right now, like “should we include magic? Should we have guns in the game?” We have a lot of ideas going on around our end.

FL: How is the progression in the game? It sounds like an action game more than a roleplaying game from what you’re saying so do you use equipment for progression? How does your character get stronger?

CG Takaki: That is still undecided. I don’t really want the classic you fight a lot to gain points and your stats automatically increase, I think that’s boring. I really want the player’s action to somehow be reflected. For example if you carry a huge proc sword all the time, maybe your muscle increases in your arm as well.

FL: The last question that I have is which is probably the biggest question…when are we going to see more of the game? Will it be this year?

CG Takaki: That might take some time. To give you a bigger picture, Cygames company slogan is “The best content and entertainment”. So we are always aiming to bring the user high quality and products they can enjoy, once we think we have put something together, that can be enjoyed by the users, we will release it. But right now we are not at this stage. Probably next year. 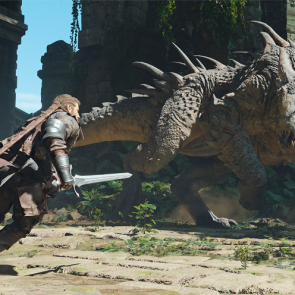 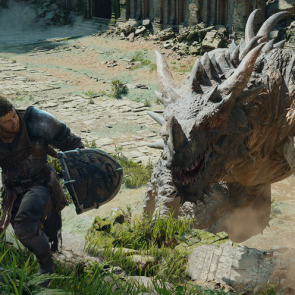 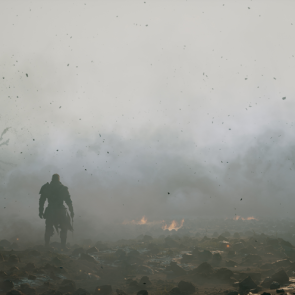 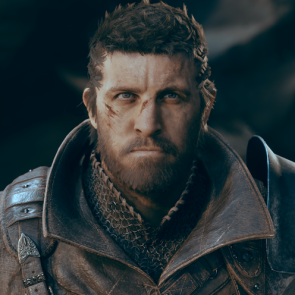 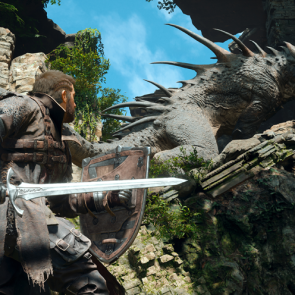 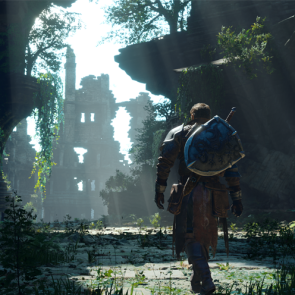 While it looks like the general concept of the game has been outlined, there still seems to be some internal discussion about the specific details of the game. Whether it will focus on more of the action concept like games such as Sekiro or if it will lean towards more to an RPG focus cannot quite be said at this point. Either way, we are looking forward to seeing more of what this title has to offer, especially with the co-op feature and high fantasy influence.

If you enjoyed this developer interview you should go check out our interview with Larian Studios on their latest project Baldur’s Gate 3. Don’t forget to check out more of our E3 2019 coverage.