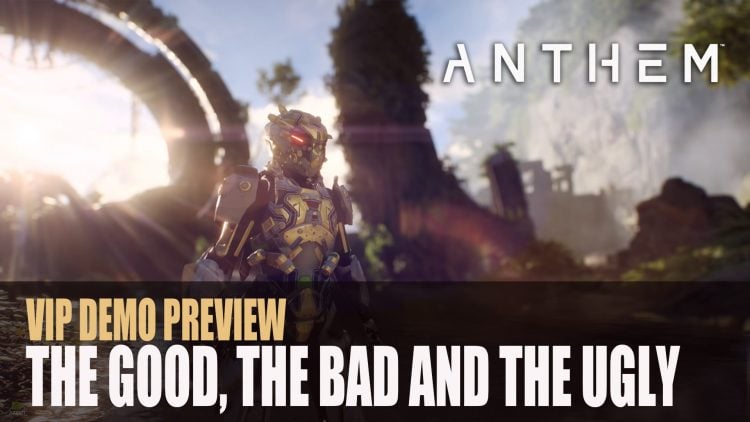 Scheduled to come out at the end of February, this is the game the main BioWare team has been working on for the last few years. To prepare for it’s release, EA launched an Anthem VIP demo for pre-orders and Origin Access.

While I wouldn’t call Anthem a highly anticipated title, there are a lot of eyeballs on this one, with many holding the view that this is BioWare’s last chance, given the history EA has with companies that under-perform. So what exactly can we gain from this peek into Anthem? Let’s get into the good, the bad and the plain ugly of this Anthem Demo. 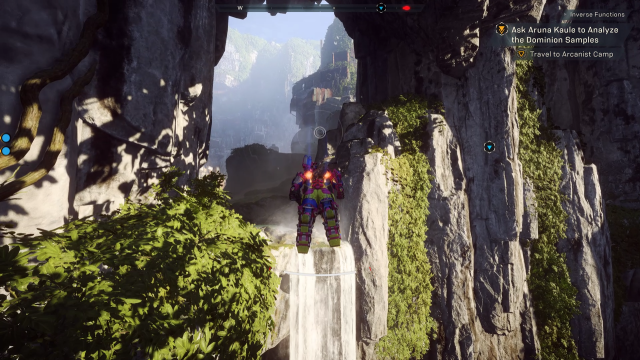 For the most part I had fun, especially after I adjusted to the high-movement nature of the game play. I did have some crazy graphical glitches that made things hard to deal with on occasion but nothing game-breaking. 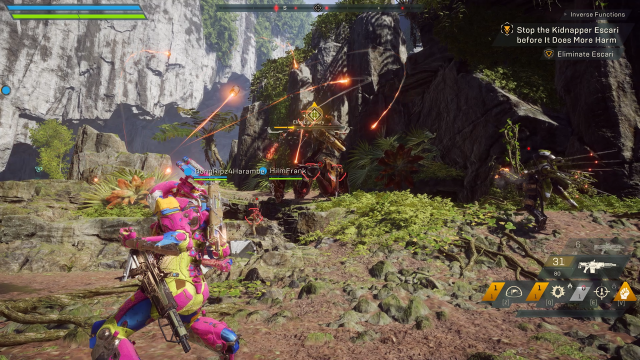 Combat is frantic as you are constantly on the move, constantly firing off abilities, reloading, dodging, jumping, oh *bleep* my shields are down quick hide behind the rock, you just never stop. That being said, the mission design that you got to test was at best….OK I guess? 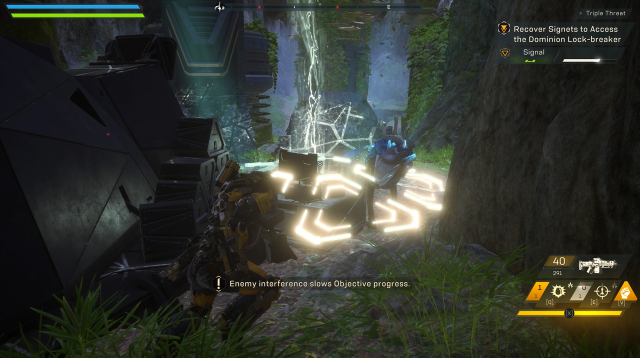 Really? Defend the point while you decrypt something?

I did like what little story that I was able to experience. The scripting was good, voice acting played well with the narrative, and no tired faces when it came to character visuals. It was a good start in terms of storyline and has got me more interested in the world that was before the demo, I really look forward to learning more and getting a more of an in-depth backstory.

The Bad and the Ugly

When I go to do a full review on Anthem I have no doubt most of my issues will still be fresh in my mind for me to wax poetic on. For now though, a quick highlight reel of what really stood out in this demo.

That’s not keeping it public, that’s changing it to public! And ESC to keep my original setting? Not cool.

It seemed very samey in terms of gameplay. Go press F over here, now go press F over that, OK great that’s done now defend this point for a second. There wasn’t a real variation when it came to the experience. It also irked me greatly about how pushy the game was about playing with other people. I understand this is not a single player game focusing more on multiplayer, but for the first mission I didn’t want to play with other people because I wanted to get a feel for the controls. The game did not like this, it used what I felt was a rather dirty UI trick on me, trying to force me with other people, asking me to press Enter to “Set to Public”, and Esc to “Keep as Private”. Not cool game, simply not cool. 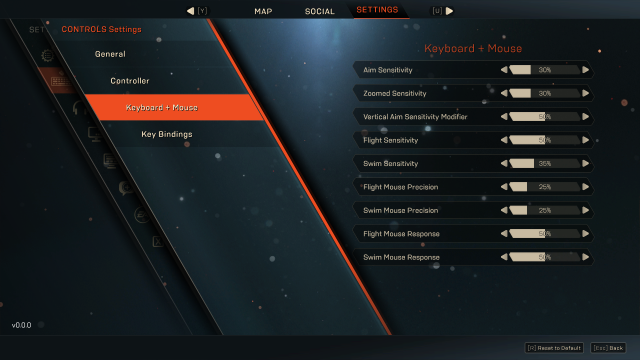 Would you believe I can’t click on any of those sliders? Well I can’t.

Flight controls with mouse and keyboard on PC sucks, fix it. No really, the flight experience was so miserable I almost uninstalled the game right then and there. The mouse acceleration I found completely absurd, which doesn’t do the flight controls any favors. This is the one thing from the demo that I believe they really need to fix, and fast. There is also quite a lot of problems when it comes to the the menus, especially in the settings area. For example, the custom graphic settings being past Ultra, so everything is set to Ultra by default. I mean really, I can’t just customize to Medium or High?

The Elephant in the Room

Lastly, let’s address the one thing that has been a hot topic, microtransactions. You can’t talk about an EA game these days without this specter rising up from the abyss, and with good reason. Their track-record with outright abusive microtransactions speaks for itself. Unlike Battlefront 2, there is nothing in this demo that sets off any alarm bells. The only microtransactions on show are for cosmetics to customize your character.

However, EA have flat out said the demo economy was re-balanced for the demo, so we have no idea on the speed of progression or how bad the grind will be to unlock things. I saw nothing in the demo that made me reach for my pitchfork, but trust is not warranted here. I blame no-one who wants to wait a month or two to see what EA does with microtransactions. 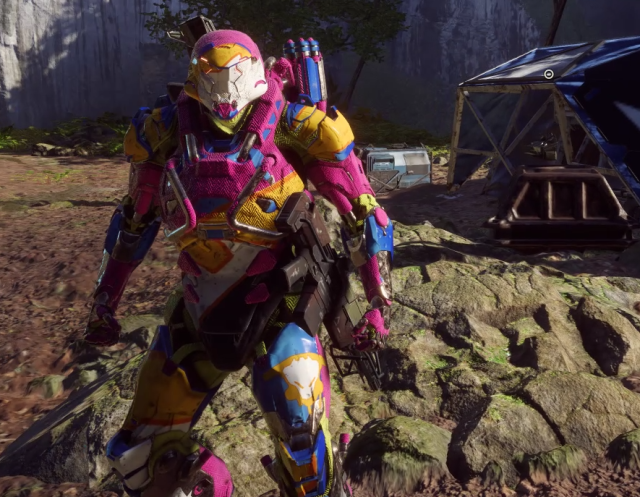 I don’t think this color scheme clashes at all

All said and done what I saw in the demo makes me think Anthem will be a good game. Great? A classic? Probably not, but only time will tell. We’ll all have to wait and find out on February 22nd for Anthem’s release.

If you enjoyed reading about Anthem be sure to check out more content in Anthem Producer Reaffirms Loot Boxes Will Not Be In The Game and Bioware Shares How Anthem Could Influence New Dragon Age And Mass Effect Games. You can also check out more Bioware in Bioware Teases Announcement Next Dragon Age Game At TGA 2018.