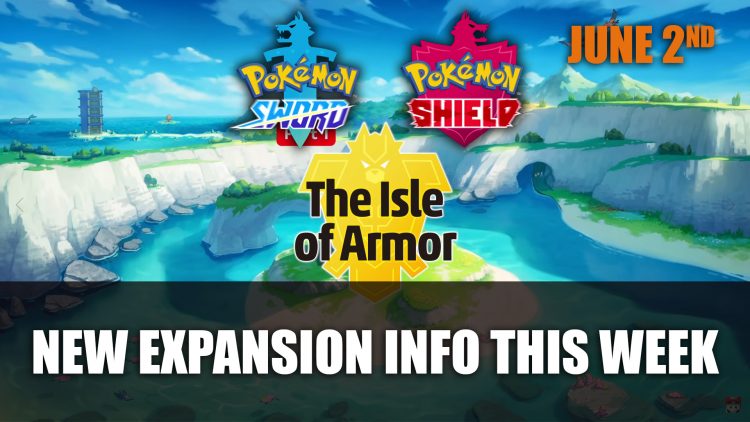 The first expansion for the monster collector Pokemon Sword and Shield will be getting more details this week.

The official Pokemon Japanese twitter account has shared that new details will be coming on June 2nd concerning the first expansion for Pokemon Sword and Shield: The Isle of Armor.

There has already been some details released for the expansion however no exact release date, just the release window of June. The tweet mentions new details and will be livestreamed. Hopefully they will be ready to announce the launch date, which should be this month on the Switch, unless it has been delayed, which wouldn’t be too surprising with current events.

The first expansion The Isle of Armor will introduce new environments, including beaches, forests, bogs and more, providing new areas to catch Pokemon. This island will also have a special dojo where trainers can learn particular training styles under the tutelage of an old man called Mustard, as well as allow your Pokemon to undergo an apprenticeship under the master dojo to become more powerful.

The next expansion The Crown Tundra is expected to launch sometime this Fall. At the moment you can purchase the Expansion Pass which contains both DLC expansions until August 31st, gaining you a bonus costume.

For more news be sure to read next Baldur’s Gate 3 Dev Teases More News Throughout June and Minecraft Dungeons’s First DLC Jungle Awakens Releases July 2020. For more titles releasing this June, be sure to check out our Top 5 Upcoming RPGs Of June 2020.