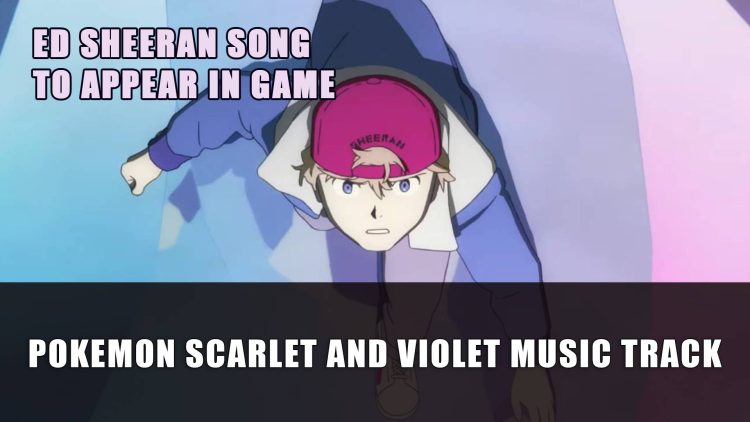 Ramping up the advertising for Pokemon Scarlet and Violet, a new song from Ed Sheeran will be featured in the upcoming game.

The latest music video for Ed Sheeran’s “Celestial” wanders down memory lane as Pokemon pop up throughout the video. The song sets to be featured in the next main entry of games Pokemon Scarlet and Violet. While the song itself isn’t really Pokemon-themed, Ed appears as a trainer in cartoon form and relives some epic moments in Pokemon history.

Throughout his little pocket monsters wreak havoc and also save a clumsy Ed from potential death, Snorlax to the rescue. The music video is very much steeped in nostalgia, featuring gen one Pokemon and even ends with Ed gazing at his Gameboy Color before being conked out by Hypno. 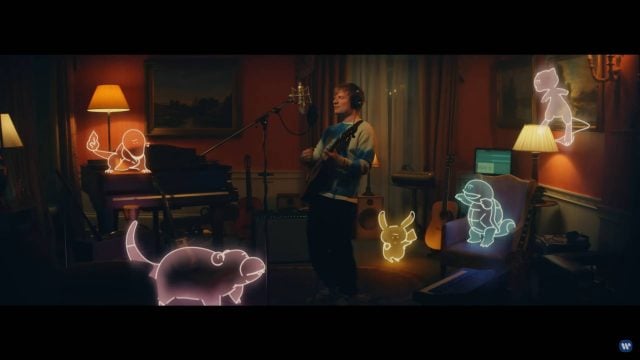 Ed is seen jamming with Pokemon in his living room, as he sings Celestial which will appear in Pokemon Scarlet and Violet – Screenshot via official music video

Of course, littered throughout the video are Pokemon toys and classic games. The video features illustrations by Yu Nagaba, who has their own twist on the likes of Pikachu, Squirtle, Charmander and Slowpoke just to name a few.

Recently The Pokemon Company unveiled a new Pokemon heading to the game next month which looks like a mash-up of Diglett and a worm, meet Wiglett. This wiggly worm protrudes from the sands much like Diglett, but is more elongated. While it’s common to have different regional versions of Pokemon, this one is not the Paldean form of Diglett, but a brand new Pokemon to catch in Scarlet and Violet. 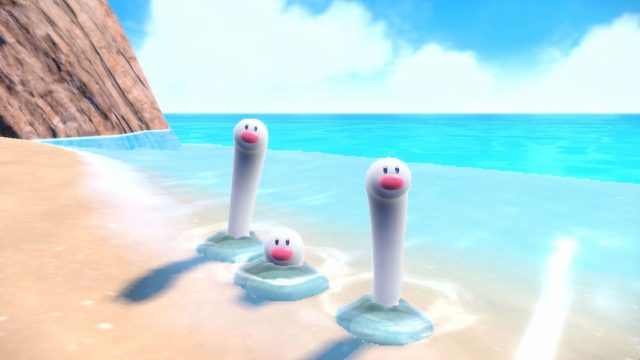 Wiglett look like a longer version of Diglett but are a new species of Pokemon.

In case you missed it, the next title is set in Paldea. The open-world region will allow trainers to explore the wilds to capture Pokemon. Returning are gyms, but players won’t have to tackle them in a particular order, allowing for a less linear experience. Trainers will join up with Legendary Pokemon that can be mounted much like in Pokemon Legends: Arceus. Scarlet players will team up with Koraidon, while Violet shall be paired with Miraidon. We already have a few new Pokemon announced including starters Sprigatito, Fuecoco and Quaxly. There’s also Smoliv, Pawmi and new meme fave Lechonk. You can check out more gameplay info in Pokemon Scarlet And Violet Revealed A Ton Of New Gameplay Details.

Pokémon Scarlet and Pokémon Violet are releasing for the Nintendo Switch on November 18th 2022.