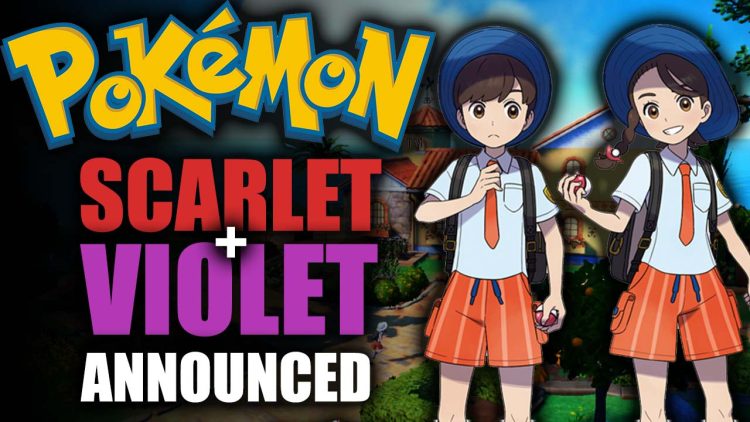 Pokemon fans have something else to look forward to this year! Pokemon Scarlet and Pokemon Violet were announced during the Nintendo Direct this week and will be released in late 2022.

Fans of the ever-popular Pokemon series are in for a treat in 2022! Earlier this year, we were graced with the extremely successful Pokemon Legends: Arceus. The game was so successful that it sold about 6.5 million copies in the first seven days – definitely an insane milestone for the developers. Arceus was praised as a game that attempted to break out from the usual Pokemon formula. 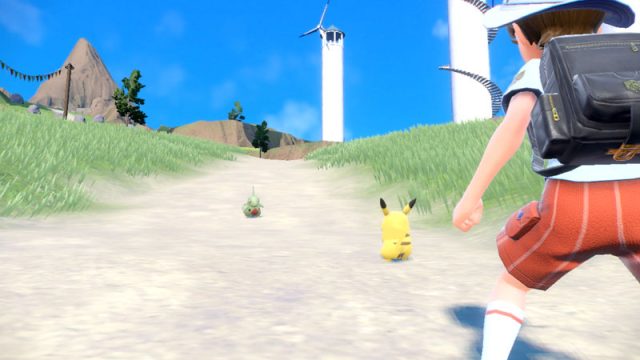 Do Battle with Pikachu

Now, however, we are getting new entries into the mainline Pokemon Games. Pokemon Scarlet and Violet were announced on Pokemon Day, February 27th. The game was unveiled in a trailer that mixed live-action as well as sweeping vistas that contained actual game visuals. It started off with a security guard exploring a seemingly mysterious museum. Eventually, he gets trapped in a room with a shining screen that blinds him. With this flash of light were are finally given a glimpse at the game’s visuals.

Scarlet and Violet and the Open World

One thing that this game is trying to do new is that they are introducing an open world. The previous games usually followed the formula of having hub/based or separate maps for each area. These newest chapters will have a rich, new world for players to freely and seamlessly explore. 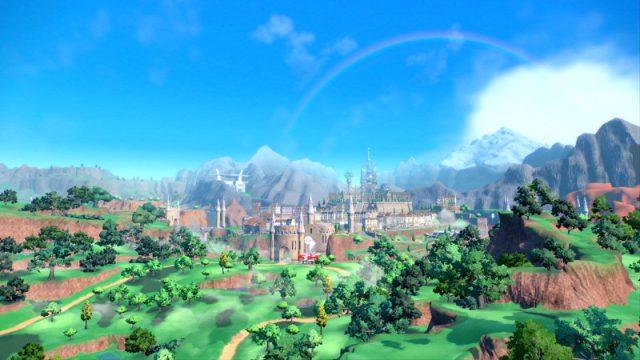 Game Freak is calling this the next evolutionary step for the games. After Arceus tried new things, it is quite refreshing to see that even the mainline games are getting a fresh new coat of pain. The towns, wilderness, and other landscapes will blend well with each other.

Players will finally be able to “see the Pokemon of this region in the skies, in the seas, in the forests, on the streets – all over!”. It is because of this statement that implies that wild Pokemon will be visible even outside of battle screens. 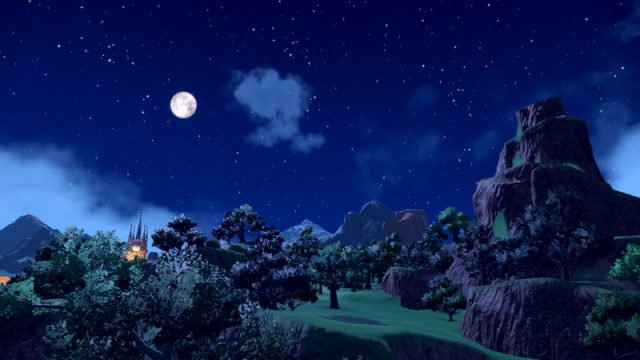 Of course, this wouldn’t be a Pokemon game without a selection between everyone’s favourite basic types, right? As usual, we will be given the choice between a Grass, Fire and Water-type Pokemon. 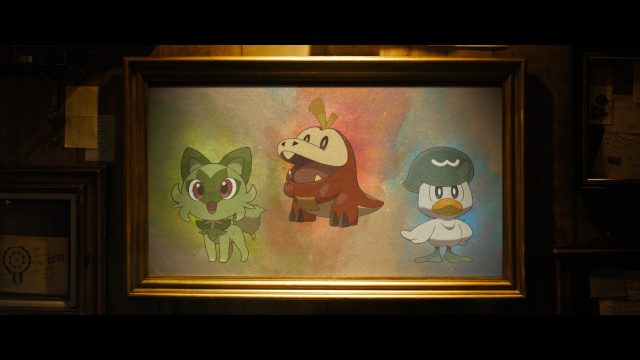 Starting off the lineup is Sprigatito, a grass type cat Pokemon. Weighing in at a mere 4.1kg, Sprigatito is described as a “capricious, attention-seeking Grass Cat Pokemon”. This green little feline has the ability Overgrow starting out. Sprigatito looks quite cute in its mint coloured fur and dark green ears.

Our next critter is Fuecoco, a burning Croc type Pokemon. This laid-back Pokemon prefers to do things at its own pace, and use his Blaze ability. Fuecoco is a small crocodile that seems to run on its two hind legs instead of on all fours. It looks to be quite a happy orange croc that weighs in at 9.8kg.

Last, but not least is our little plucky Duckling Pokemon, Quaxly. This earnest and tidy critter looks like he’s wearing an oversized blue hat that stylishly matches his webbed feet. Quaxly is the tallest of the starters at 0.5 meters high. It can make use of Torrent initially.

Pokemon Scarlet and Violet will feature different trainers, depending on which game you decide to pick up. This is the first time in the series that had protagonists have different outfits. Scarlet trainers will have bright orange shorts, which are not scarlet for some reason. Violet trainers, however, will get some cool indigo threads. 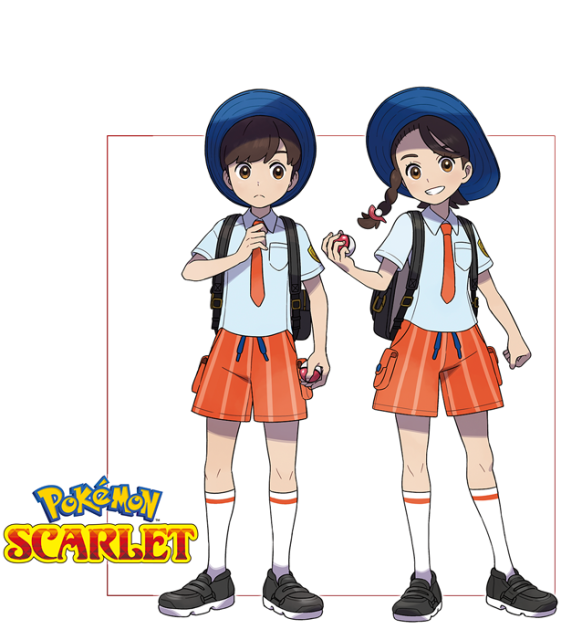 The game was also announced to have the ninth generation of Pokemon. The trailer showed us a lot of new and returning monsters. Some of the monsters in the trailer were Blissey, Clauncher, Hoppip, Larvitar, Meowth, Pikachu, Starly and Swablu. 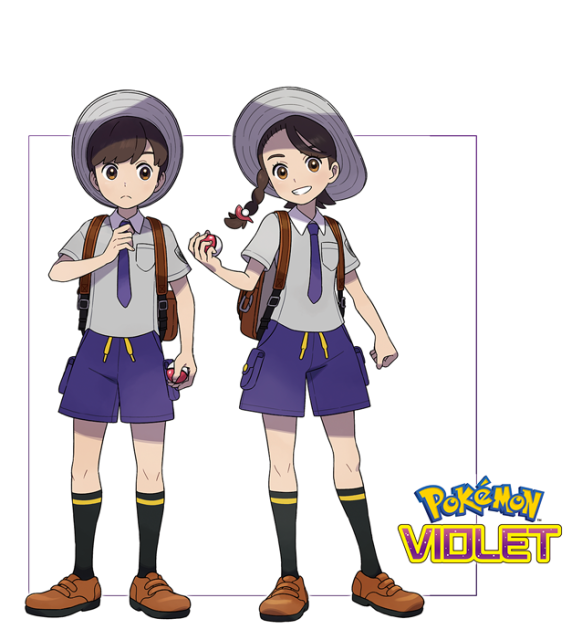 Of course, there isn’t an exhaustive list of Pokemon that will be catchable in Scarlet and Violet. Hopefully, we get more news on what we’ll be able to catch in the coming months.

The announcement trailer didn’t confirm a specific release date for Pokemon Scarlet and Violet. However, they did mention a “Late 2022 release”. If we base the timings from the previous two games – Pokemon Sword and Shield and Brilliant Diamond and Shining Pearl, those two had a November release timing. It is safe to assume that Pokemon Scarlet and Violet will likely have a November 2022 release date. 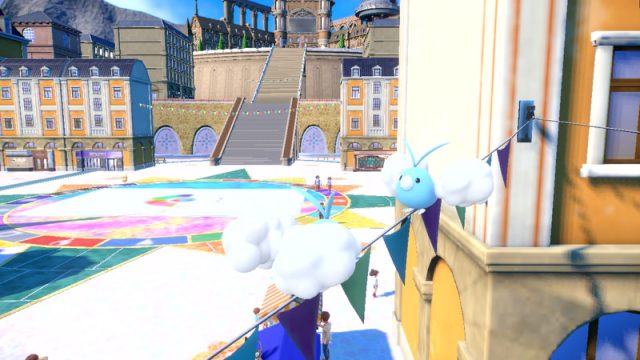 For more news, be sure to check out our weekly news roundup, Top RPG News of the Week: February 27th. You can also check out Diablo Immortal Director Talks Closed Beta Feedback, Group Play Improvements, Controller Support and More and The Ascent Will Be Released on PS4 & PS5 in March; CyberWarrior DLC Released for PC.