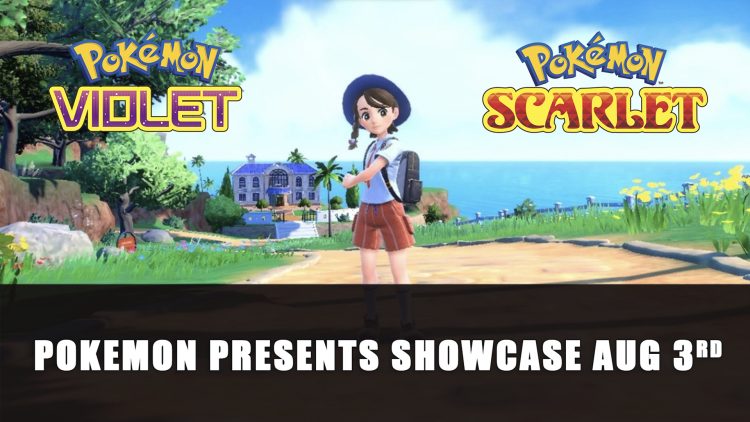 The Pokemon Company has announced the next showcase will feature Pokemon Scarlet and Violet this August 3rd.

If you’ve been waiting for more Pokemon Scarlet & Violet updates well look no further than this week. The Pokemon Company has announced a Pokemon Presents showcase will be happening this week on August 3rd, starting at 6 AM PT/9 AM ET over on the official Youtube channel.

The tweet that announced the news shares the showcase will include updates for the next major entry in the Pokemon series of games, Scarlet and Violet. This new entry will release for Switch exclusively on November 18th, coming in two versions. The game was first announced during a Nintendo Direct earlier this year in February.

Previously the developer showed off new Pokemon coming with the game, Smoliv, Pawmi and Lechonk. They have also unveiled new Professors, Sado and Turo, as well as four player co-op options coming with the title. Of course, no new Pokemon entry would be complete without new legendaries, Koraidon representing Scarlet and Miraidon representing Violet.

Hopefully we’ll be getting some more gameplay details during this showcase. Pokemon Legends Arceus introduced some interesting new mechanics adding a more interactive approach when it came to catching and battling Pokemon. Scarlet and Violet may follow suit, adding their own new additions. The studio has already shaken things up by presenting two different professors.

Pokemon Scarlet and Violet will be coming to Nintendo Switch on November 18th.