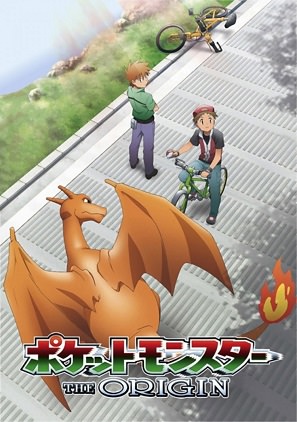 The key term to keep in mind when going into this (rather short) series is “nostalgia.”  If you’re in your late teens/early twenties and part of Generation X where the very first Pokemon games (and I mean very first, Red/Green/Blue only, anything after, including Yellow, and you’ve missed the timeframe) were pivotal and defining moments of your childhood, this show was made for you.  For the newer generation of fans this is not going to be much more than a “this is how things used to be” kind of thing.  Being part of that Generation X myself, I can say whether you hit that timeframe or not will very much color your opinions on Pokemon Origins.  But enough preface, let’s get into the show itself.

Red is a young boy from Pallet Town who one day decides to answer the call of a local but widely-renowned Pokemon researcher, Professor Oak.  Along with his long-standing childhood friend and rival, Green, Red sets out on a journey to find, categorize, and eventually understand what Pokemon are and how humans can live with them.

If that sounds like the plot to every Pokemon game ever, that’s because it is.  Straight-up lifted from the games there is no change whatsoever to the “kid sets out to gather, train, and grow with Pokemon” story in Pokemon Origins.  That said, with the story being 17 years old on an incredibly popular franchise, I’m going to assume this is It Was His Sled territory and let you know that I’m not going to give much regard to spoilers.  Unfortunately, this direct ripping technique works against the series when presented as a show rather than a game.  While Origins doesn’t suffer from the repetitive, drawn-out, and somehow non-existent story of the main anime series (the one starring Ash Ketchum) due to Origins’s short length, it does absolutely destroy any semblance of pacing.  Each episode of Origins starts out with completely expositional narration of Red telling the viewer “I beat this gym, then I beat this gym, then my Pokemon evolved, and now I’m about to take on this gym.”  The episode then doesn’t show him taking on the gym and rather takes its run time to cover the points where Team Rocket was involved in the story.  This makes all the events feel rushed and makes the ultimate message of the series (Giovanni’s complete 180 on his morals) seem like it happened for no real reason.

While the premise and execution are weak, I have to give props to the series’s presentation.  There are things that make the world of Pokemon feel much more real than in almost any other representation of Pokemon, even over the video games.  For starters, the Pokemon don’t speak by repeating their names and rather are based around the cries and sounds they would make, allowing the Pokemon themselves to feel much more like wildlife to be studied and pets to be bonded with without having extraneous and distracting quirks.  The Team Rocket grunts also are shown to be much more vicious and, while Giovanni himself was poorly presented, it makes the organization as a whole feel genuinely villainous. 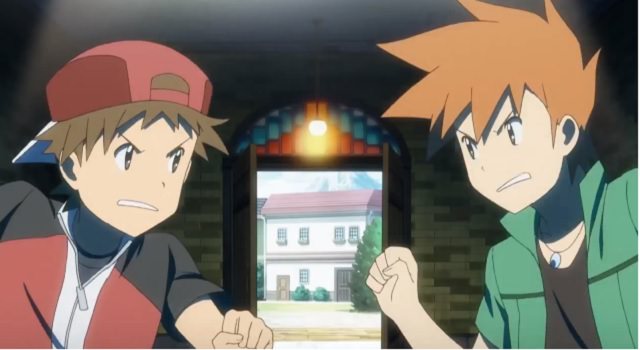 Any problems with the stories are also present with the characters.  There’s too little to go on with the series’s length forcing it to where nothing was added or changed to make up for it.  Red, as the protagonist, is the perfect trainer who doesn’t always win the battles but is infallible in his kindness and morals.  Giovanni is just a presence who, while he’s supposed to embody the uncaring and violent nature of Team Rocket, ends up as a rather bland facade who comes across more like a pragmatic businessman than a villain.  While ultimately a positive in my eyes, that bit about how Pokemon feel more like genuine wildlife acts as a double-edged sword in that the Pokemon aren’t actually given room to evolve as actual characters themselves.  Red’s Charmander/Charizard is the closest Origins gets to characterizing a Pokemon, and even that can’t hold a candle to how much characterization Pikachu received in the first two episodes of the original Pokemon anime.  Red’s rival Green is probably the best thing about the characters, as he starts out as a slightly-friendlier Gary Oak, but you actually see a bit of change in him as he starts coming around to Red’s approach to how you should treat Pokemon, with the memetic scene of Professor Oak scolding him after Red becomes League Champion taking on a fairly dramatic feel.

The animation is nothing to write home about.  It’s not bad, but it’s not good, and nets a very average “meh.”  Some fight scenes are directed rather well and can convey the sense of two superpowered creatures shooting explosions at each other, but the decent action is almost all in the shot direction and transitions, with the motion and flow of the visuals never really reaching impressive levels.

The music is taken straight from the original games, with some obvious orchestral updating so you aren’t listening to 8-bit chiptunes all the time.  As catchy as ever, but nothing original to speak of.

You can see all the episodes on Youtube starting here, and on November 15th they should be releasing all the episodes up on Nintendo’s official Pokemon TV site for free streaming (though right now it’s just an advertisement for the series).

You can read more reviews here.