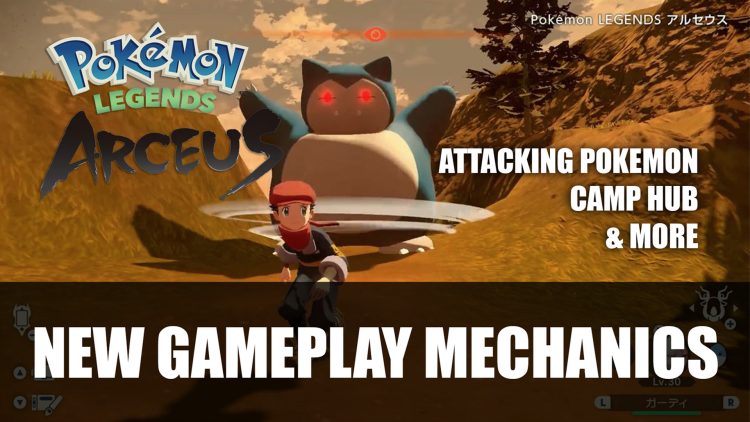 The latest trailer for upcoming Pokemon Legends Arceus features the most dangerous looking Pokemon yet, that can even attack you.

Pokemon Legends Arceus Has the Most Dangerous Pokemon Yet; New Gameplay Mechanics & More

While Pokemon Legends Arceus is featuring similar mechanics of spotting Pokemon roaming out in the wild just as Pokemon Sword and Pokemon Shield did, this time a Pokemon battle won’t be the only fight on the cards. The latest trailer that shows off the features of the game currently only available in Japanese, shows giant Pokemon not only charging at a trainer, but also roaring, and using various attacks. This title represents a more wild presence when it comes to those loveable Pokemon than what we’re used to. 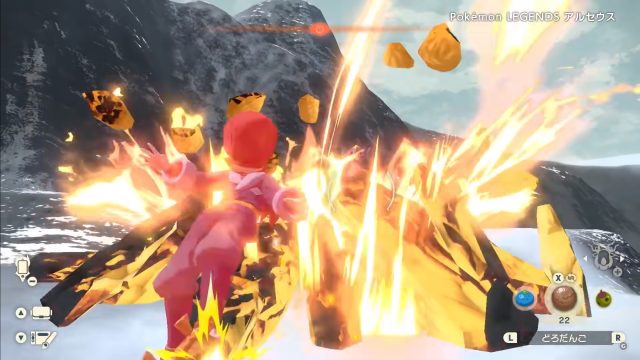 Pokemon are wild and will attack

These differences do not stop there, in Pokemon Legends Arceus you will be able to throw Pokeballs from the get-go while hiding in the tall grass, which may result in a capture. Sneaking up on potential new Pokemon additions may be your best bet, as the video shows running up and startling Pokemon may end up with them flying away. Facing Pokemon head-on may also start a Pokemon battle, which follows the usual rules of weakening a Pokemon first before being able to capture it. 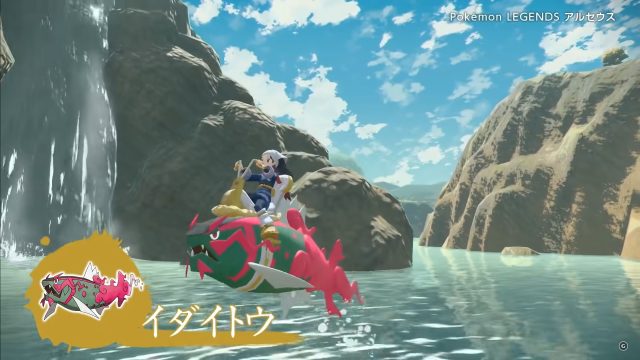 In this entry of the game, your job is filling out one of the very first Pokedex. You will be able to craft, buy and sell items, as well as pick up missions. The trailer also shows the base camp where you can set off from and rest up. Increasing your explorer rank will unlock new locations in Hisui and rideable Pokemon to get to those more difficult to reach areas. You can fly, sprint, and even travel on water. 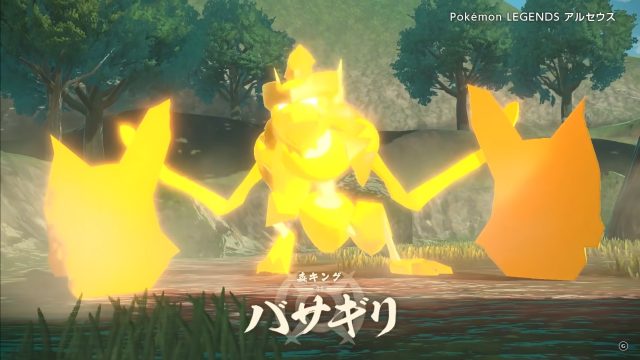 Another new mechanic with Legends is the use of items that can be thrown at Noble Pokemon to weaken them such as Toxins. You can then use your own Pokemon to battle them. The battles will keep Trainers on their toes, as they will need to dodge the Pokemon that will attack them. It looks to be a mix of a more action-based title with the usual Pokemon turn-based mechanics.

Previously it was revealed that Legends would be a very different entry to the Pokemon franchise than previous titles, for one taking place in a bygone era, where characters wear more traditional feudal style clothes and even the Pokeballs have steampunk latch style.

One feature that looks to be coming from titles such as Pokemon Sword and Shield is the shared EXP, meaning you can take on battles and Pokemon in your bag will also gain some EXP without having to actually be in battle. Whether this will come with a toggle on and off option is currently unknown.

If you want to find out why Pokemon Legends Arceus made our Top 5 Upcoming RPGs of January 2022 and what other titles are releasing find it here. For more news check out next Showa American Story A Post-Apocalyptic Action-RPG Announced For PS5, PS4 And PC and Monster Hunter Rise PC Launch Trailer And Screenshots Features New Filters.