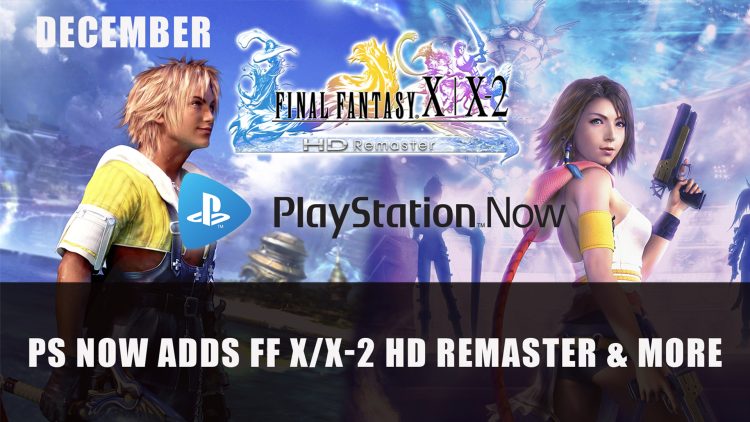 Final Fantasy X/X-2 HD Remaster first launched on Playstation 2, giving fans a chance to relive the RPGs with an enhanced experience. In Final Fantasy X, players embark on a journey to Spira, a place under the terror of a supernatural monster called Sin. Sin is actually a manifestation of mankind’s sins, and the temple of Yevon vows that following its teachings will get rid of it by atoning. Following a young woman called Besaid who sets out to defeat this terror, and is joined by a man from another world Tidus. As the mysteries unfold about Sin, as they venture to save the world. In X-2 players return to Spira two years after the beginning of the Eternal Calm. Yuna sees a mysterious vision in a sphere, becoming a Sphere Hunter, accompanied by Rikku and Paine to solve further mysteries in Spira.

Also joining this December is the John Wick Hex, a neo-noir action title, combing fast-paced action and strategy. If you’re looking for a more open-world car thieving experience check out Grand Theft Auto III: The Definitive Edition which gains enhancements such as GTA V’s styled controls, update Weapond and Radio Station Wheels. Lastly, is the chaotic arcade game Spitlings, which you can play solo or join up to four players, as you try to destroy the bouncing bubbles, a simple goal but a difficult task to achieve.

Looking for more titles releasing this December? Check out our Top 5 Upcoming RPGs Of December 2021.