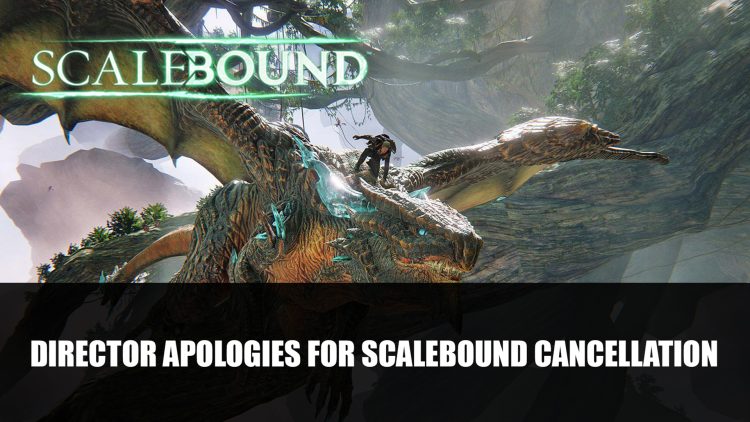 Director of PlatinumGames Hideki Kamiya has openly apologised to Microsoft for the cancellation of Scalebound.

The apology goes on to explain exactly what the developer was dealing with which included unfamiliar territory when it came to Unreal Engine:

We were developing on the Unreal engine. We also lacked the necessary know-how to build a game based on online features. The hurdles we had to overcome were very big.

Kamiya also went on to apologise to players and to Microsoft as the title was to be an Xbox One exclusive. It was back in 2014 when the title was first announced at E3 during a Microsoft showcase. Scalebound was to feature a unique story between main character Drew and an AI dragon called Thuban, who share a health bar not just friendship.

I’m sorry to the players who looked forward to it, and moreover I’m sorry to Microsoft who had placed their trust in us as a business partner. I want to apologise both as a creator and as a member of PlatinumGames.

It was back in April of last year when Xbox Head Phil Spencer put the nail in the coffin about the cancelled project, dampening hopes of a revival of some kind with confirming that neither Microsoft nor Platinum were working on Scalebound.

While it’s always sad to hear about a cancelled game, hopefully this has made room for more games to be developed such as Babylon’s Fall which recently held a network test. It’s been some years since the cancellation meaning Platinum has only gained more experience through time. If you’re interested in finding out more about Platinum’s current upcoming game Babylon’s Fall you can visit our Babylon’s Fall wiki for all the latest.

For a rundown of recent RPG news find it here in Top RPG News Of The Week: November 21st (Project Awakening, League Of Legends RPG Ruined King, Bloodlines 2 And More!)