In this Pillars of Eternity 2: Deadfire Build Guide we are going to be taking a look at Vatnir, the newly added Companion that comes with Beast of Winter DLC. I’ll be providing information on Attributes, Weapons, Armor, and most importantly, what Abilities to take and how to use them. Please note that this Build Guide was updated for the 5.0 version of the game, as well as 1.01 on console (as of January 22th, 2020), and works with both Real Time with Pause and Turn-Based.

Vatnir can be played as Priest of Rymrgand, Zealot (Priest + Rogue) or Celebrant (Priest + Chanter). Playing either of these Classes is viable and can be done in many different ways. I have chosen the Zealot for Vatnir because of all the offensive and defensive abilities at your disposal that compliment Vatnir,  and also the really nice attribute points spread that affecst most of the abilities used in this build. 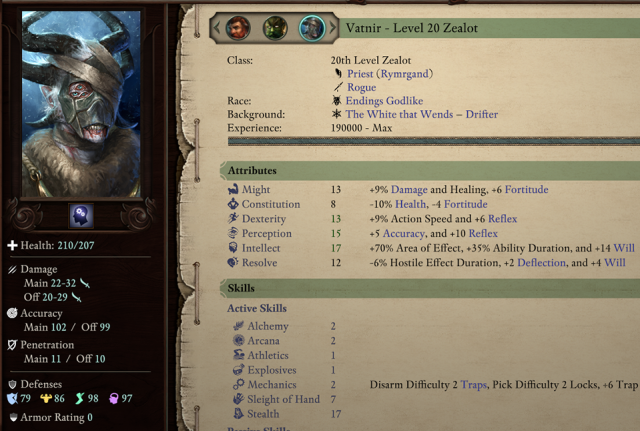 It would be awesome if the Streetfighter Rogue Subclass could be used for Vatnir but unfortunately we are stuck with no subclass Rogue. Vatnir is an Endings Godlike, a new race unique specifically to him, and Endings Godlike have 2 passives: 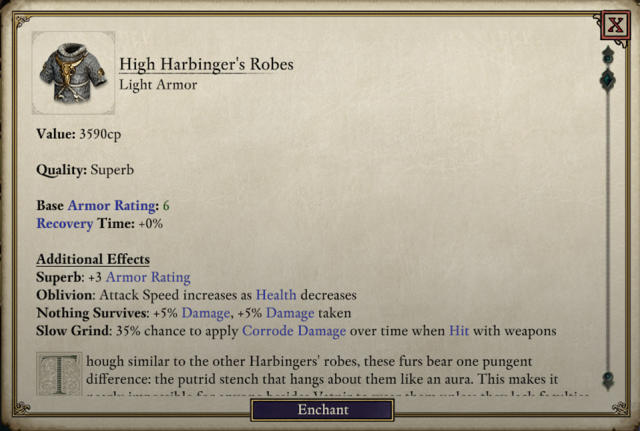 When you look at the Oblivion armor passive and Plague Host racial passive, it becomes obvious that Vatnir works best when at low Health. So my goal for this build was to keep him at low Health as much as possible to dish out a high amount of damage at a fast pace, while also Sickening everyone around him. 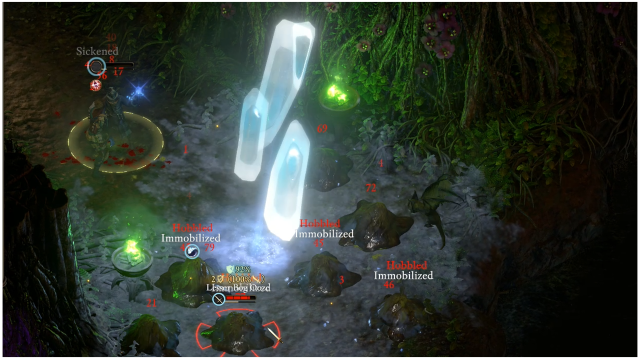 Low HP is not an issue

The Priest of Rymrgand offers a lot of defensive and offensive possibilities, while Rogue can bring to the table high Single Target damage to finish quickly anyone that is left after a couple of powerful Spells. This build relies mostly around the Barring Death’s Door Ability, making it impossible to play solo before level 13. 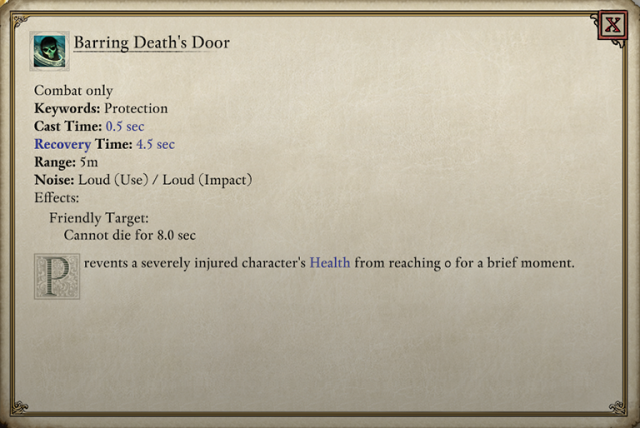 Barring Death’s Door becomes available for Single Class Priests at lvl 9 and for Multiclass at lvl 13, so you are going to either have it on another Single Class Priest in your party or on Vatnir himself. Vatnir is still going to be very good in every fight but he wont be as powerful during the early game, which is a general issue for most Multiclasses.

Here are some tips what you can use from Equipment for this build to work even better.

Weapons – Dual Wield any 2 Melee Weapons. There are many fantastic choices here so go crazy with the picks.

Kuaru’s Prize – An amazing Ring that increases Damage done with Spells by 5% while also increasing Intellect and Perception by 1.

Precognition – A necklace that reduces damage received from Critical Hits by 75% for the first few attacks in combat while also increasing Crit Damage done from your attacks by 25% for first few attacks made in combat. A very good necklace for this build to protect squishy Vatnir from dying at the start of encounters from unfortunate Critical Hits and to increase damage done from initial attacks.

The rest is up to you. I would suggest, however, adding a belt that increases Constitution and gloves that increase Might. Increased Constitution means you are more likely to survive any initial burst before spells are cast and Might increases damage done from all sources.

Priest of Rymrgand comes with default Spells at every Power Level and it is a mix of offensive Corrode and Frost based Abilities. This is already a good starting point because it gives Vatnir versatility to deal with any situation, and rarely are you going to encounter enemies that are immune or highly resistant to both types of damage. To make this build work, you are going to need the following Abilities.

Crippling Strike – An amazing ability that increases damage dealt by +25% and adds 2 Bonus Penetration. Next to that it is a Full Attack, meaning you are going to attack with both weapons at once. This is the ability you will be using the most, as it only costs 1 AP and is available very early in the game.

Shadowing Beyond – A useful ability for this build that can be exchanged for Smoke Veil. Both are fine but Shadowing Beyond lasts longer, giving you more time to cast self buffing Abilites without breaking stealth. Next to that it, grants you +50 Deflection for 10 sec, increasing survive ability by a lot after exiting Stealth.

Backstab – Increases Damage from Stealth if 2m or closer to the opponent. It can lead to massive damage when used with Crippling Strike.

Two Weapon Style – Decreases Recovery Time when wielding 2 Weapons. A must for this build since Dual Weapons are used. You won’t need this one if you’re playing Turn-Based.

Dirty Fighting – Converts 10% of Hits to Crits. Works with Melee Attacks and Abilities, making it a must for any damage dealing Class.

Riposte – Chance to make a Full Attack Counter when attack targeting Deflection misses. Works very well with Shadowing Beyond since it increases Deflection.

Persistent Distraction – An amazing ability that puts Distracted and Flanked on opponent when you engage them in combat, meaning that Sneak attack and Deathblows passives are automatically added to your attacks. It works the best with the Streetfighter Subclass which, unfortunately, cannot be picked for Vatnir.

Deep Wounds – 20% of Damage dealt added as Raw Damage over time. A great ability for increasing your overall damage output.

Slippery Mind – A great survival Ability that makes you immune to Perception, Intellect and Resolve Afflictions while Bloodied or Near Death, which you will be constantly.

Withdraw – A great defensive Ability that makes you Invisible, Untargetable and Heals you in the process. Best used after casting powerful Spells like Storm of Holy Fire and Freezing Pillar, saving you from harm.

Triumph of the Crusaders – A great ability that heals when an enemy is killed. It lasts a long time and gives the Strong Inspiration.

Barring Death’s Door – A crucial ability for this build. Prevents Death for 8 secs by default and for around 13 secs with this build when the Ripple Sponge Drug is active.

Minor Avatar – An incredible self buffing ability that increases all Attributes by 5, increases damage done with weapons by +20% and increases Health by 40. With Vatnir it will last for around 40 secs which is a very long time.

Storm of Holy Fire – Your last Ability point should be used to get this very powerful Spell that will wreak havoc for around 14 secs with this build. To avoid killing yourself cast Barring Death’s Door or Withdraw while it is active.

Combat Focus – Gives Concentration at the start of every battle, protecting you from Interruptions. Important for this build.

Rapid Casting – Reduces the time it takes to complete a spell’s cast by 10%. An important passive since some spells in this build have long cast times.

The rest of the points you can place wherever you want. However, I would also suggest adding the Spiritual Weapon that summons 2 Battle Axes that deal additional +20% Damage as Freeze. They can be really good against enemies with no Frost Resistance. 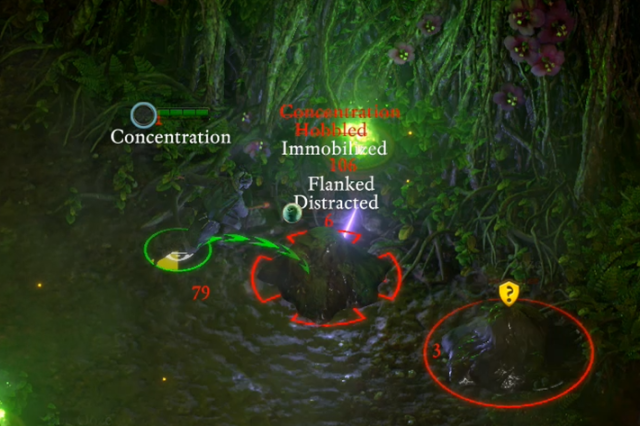 The idea is to get all the buffs from Minor Avatar to increase duration of Barring Death’s Door and increase damage done from all sources while also adding lots of survive ability. At lower Health Vatnir’s passives activate, giving you increased speed while also Sickening everyone around you. 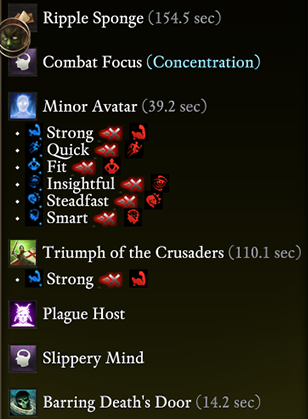 Barring Death’s Door prevents dying while also keeping you at low Health the whole time. Also, do not forget about Spiritual Weapons when fighting against opponents with no Frost Resistance since they do 20% more Frost Damage while also benefiting from 20% increased Crit Damage that Battle Axes possess naturally.

This Vatnir Zealot Build shines after level 13 and can be quite devastating. He is hard to kill while also dealing tremendous amounts of damage. During the early game play him as you would play any Rogue, while adding occasional spells to the mix. This build has tools to deal with any situation. Corrode Spells, Frost Spells and hard hitting Crippling Strike can make short work of any enemy, regardless of their resistance. Barring Death’s Door, Withdraw and Triumph of the Crusaders will keep you alive at all times. Shadowing Beyond provides maneuverability, survive ability and it puts you into situations to do more Backstab Damage.

In terms of Active Skills I have put most of the points into Stealth which gives me a chance to start combat off strong and on my terms. Being able to approach enemies and gain the high damage from Backstab to begin combat is extremely valuable and should be considered on most Rogues.

The Ripple Sponge Drug is a useful tool before tougher fights to increase Perception, Intellect and Resolve, since those are most important stats for Vatnir. Be sure to get some and keep it handy, and use it as necessary.

Ways to play and build Vatnir are many. It is hard to go wrong as long as you understand some basics. I have chosen Zealot because it is extremely dynamic and fun to play. This build can also be played to even greater effect with a custom character by choosing the Streetfighter (Rogue Subclass) and any Priest subclass with powerful offensive spells. I highly recommend trying it out.