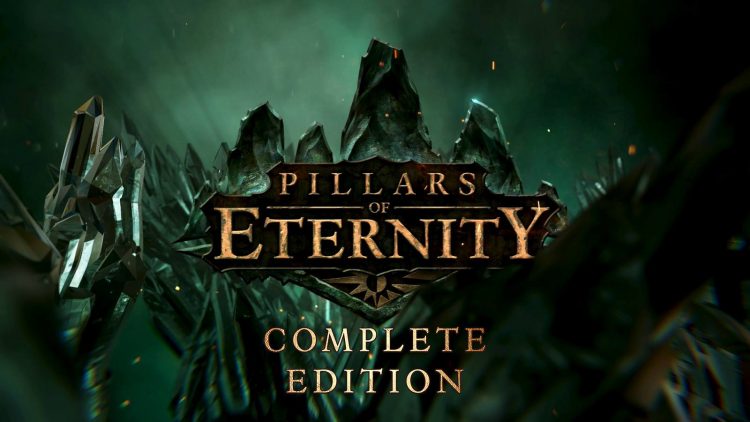 Paradox Interactive and Obsidian Entertainment’s Pillars of Eternity Complete edition is coming out next month, August 29th for the PS4 and Xbox One. The complete edition brings the acclaimed CRPG to the console masses for the first time and also includes its 2 expansions, The White March and White March 2. We selected Pillars of Eternity Complete edition as one of our Top 5 RPGs of August and to help bring console players up to speed, we’ve put together this preview of what to expect in the game.

The game takes place in the world of Eora, in a southern region called the Eastern Reach. Comprised of several nations, most of the land is in a technological age similar to Europe in the Middle Ages.

Scientists have recently made a discovery that souls are actual identifiable objects that can be transferred, stored or shaped. These souls are the foundation of magic and people use them to access the magical power. A souls leaves the body on death and goes through a mysterious process before being reborn again into a new body. The soul carries with it memories of the past and a person can awaken their soul to gain awareness of the past lives.

Within this new realm of discovery there are people with the ability to see into people’s souls and witness their past memories. These “Watchers” and the new study of souls created a rift within religious communities that led the area into a period of strife and conflict. As the player, you take on the role of a foreigner that survives a deadly storm. Taking refuge in a cave, you witness a cult ritual on a machine that is able to separate souls from their bodies. During this process, you become exposed to this and transform into a Watcher who can see into the past lives of yourself and others. However, Watchers will eventually go insane and with this as the backdrop you will seek out the cult in an attempt to undo this status. 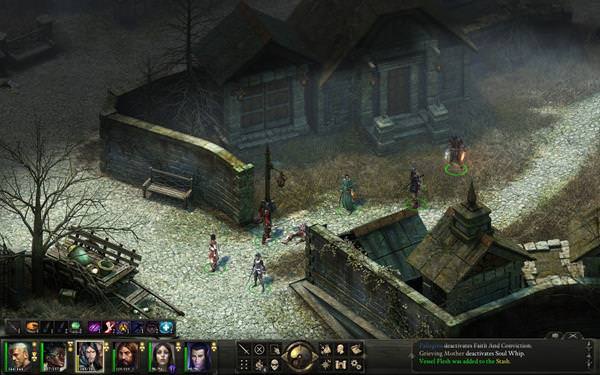 Pillars of Eternity is a CRPG from the developers behind the original Fallout series, and takes its cues from games like Baldur’s Gate and Planescape: Torment. It’s takes place in the same classic isometric perspective of these games and gives players an overhead tactical view.

Character creation features mechanics that are similar to the classic genre and take inspiration from the Dungeons & Dragons tabletop setup. You will choose your race, class and greed and your class choice can impact dialogue options as you play. As you make your way through the world you will gather NPC companions which can come along for the ride, up to 5 at a time. Each of these characters have their own unique personalities and predilections and you can build up a reputation with them. Other NPCs will also react to your reputation which can impact how the events of the game play out. 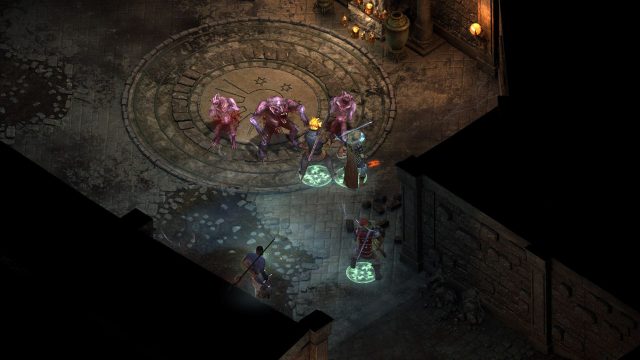 Combat takes place in real time but you can pause and set up your tactics. You can queue up all different manner of abilities and magic and set up tactical interplay between your party. When you take damage it reduces your endurance and health pool. Endurance regenerates after combat, and health can be restored by resting. You can setup camp or rest at an inn. If a character’s endurance drops to nothing, they get knocked out until the end of the combat. If a character’s health drops to 0 they are gone permanently, so be mindful.

As you go you will also choose from skills to get through situations and these take a form similar to skill checks in Dungeons & Dungeons. You have skills to choose like Stealth, Athletics, Lore, Mechanics, and Survival to get through some of the gaming scenarios.

Eventually you and your party will take over a stronghold and use it as the party’s fortress, which can be upgraded as you stake your hold in the world and earn your way through questing.

The 2 part expansion, The White March added some new features to the game like an increased level cap and new abilities as well as new companions. The main quest of the expansion is done while playing the base game and you will search for a forge in the mountains. The expansion adds an AI system for party members which lets you set their inclinations such as aggressive or defensive during combat and lets them use abilities a set amount of times before automatically resting. It also introduced a story mode that allows players to get through the game faster and focus on experiencing the rich narrative. All of this is included from the get go in the Pillars of Eternity Complete Edition. 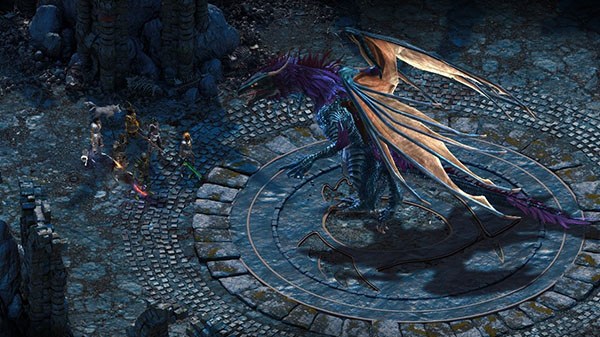 Console players have been clamoring for a chance to play Pillars of Eternity and they’re about to get their wish and that’s a good thing as it’s one of the best CRPG’s of the current era, if not through the years. Fans of epic, sweeping narrative and rich characters and dialogue will want to play through Pillars of Eternity Complete Edition multiple times. Now if only Tyranny and the upcoming Pillars of Eternity 2: Deadfire can follow suit and land in couch warrior laps.