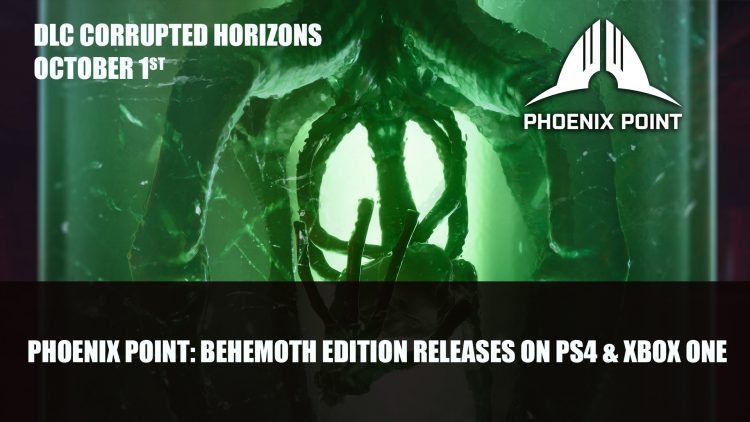 Turned-based strategy RPG Phoenix Point: Behemoth Edition will be coming to PS4 and Xbox One this October. PS5 and Xbox Series releasing later with free upgrade.

Publisher Prime Matter and developer Snapshot Games will be releasing the Phoenix Point: Behemoth Edition for Playstation 4 and Xbox One on October 1st. The edition will also be coming to Playstation 5 and Xbox Series at a later date with a free upgrade.

A new deadly strain of the Pandoravirus appears that saps the will from every being it touches! This is a deadly threat to Phoenix, but can they make use of it against the Pandorans, as well? New enemies, a new soldier type, and new campaign missions.

Phoenix Point: Behemoth Edition will include the base game, four downloadable content expansions which include Blood and Titanium, Legacy of the Ancients, Festering Skies and Corrupted Horizons, plus redesigned controller support.

Phoenix Point first launched on PC via Steam and the Epic Games Store in December 2019. The Year One Editions was later released in December 2020 containing the previously released DLC, updates and additional content.

You can check out the trailers for both the Phoenix Point: Behemoth Edition and DLC Corrupted Horizons: