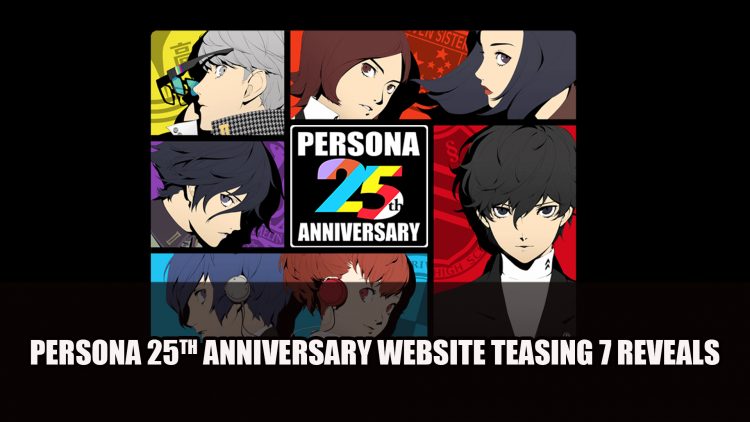 The Persona franchise’s 25th anniversary is fast approaching, and a new anniversary website to mark the occasion is now live, teasing seven reveals to be announced.

The new website marking the 25th anniversary of Persona is now live. The website teases that there are seven announcements to be made from September 2021 to Fall 2022.

It also shared that “as of 2021, the Persona series has sold over 15 million copies worldwide”. The website also teases commemorative merch, events, collaborations and games. While the seven announcements may not mean seven games, it does mean lots of Persona related content in the coming months.

The Persona series is celebrating its 25th Anniversary this September! ✨

Stay tuned for a year of Persona news, events, and more! #Persona25 pic.twitter.com/1qZqSy7f6V

What are you hoping they will announce as part of the anniversary reveals? Let us know in the comments below.