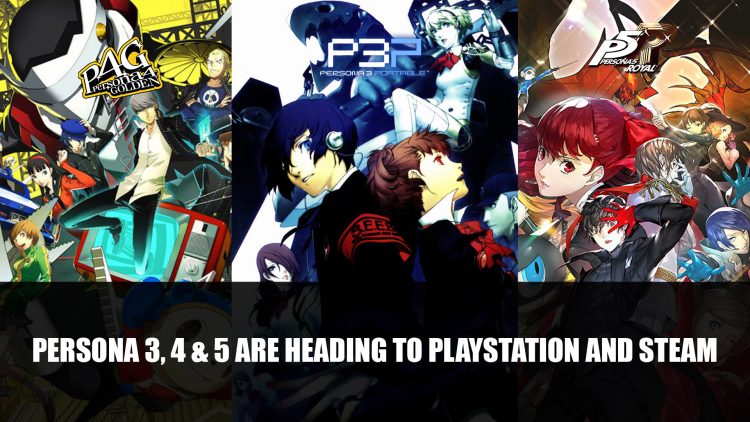 Atlus has announced more of the Persona series of games are heading to Playstation consoles as well as Steam this year and next.

Persona 3, 4 and 5 Are Heading to Playstation and Steam

Atlus announced during the Xbox + Bethesda Games Showcase that Persona 3, Persona 4 and Persona 5 would be heading to Xbox consoles and Xbox Game Pass. But Playstation and PC players threat not as Atlus has now shared that they are making their way to these platforms too.

Persona 5 Royal will be heading to Playstation 4 while Persona 3 Portable and Persona 4 Golden will be heading to Playstation 4 according to the Atlus website. While Golden has already launched on Steam, this will be the first time Persona 3 Portable and Persona 5 Royal will be available on PC. 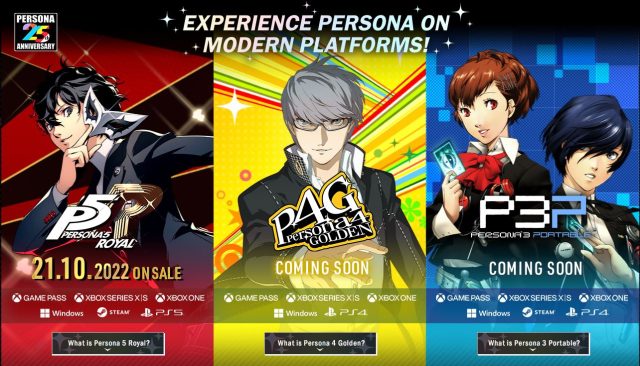 Persona 3, Persona 4, and Persona 5 are heading to Steam and Playstation platforms, as well as previously announced Xbox and Game Pass.

So far no news on whether these Persona titles will be heading to Switch. Switch has received the latest in the spinoff’s predecessor franchise, Shin Megami Tensei 5.

So to clarify, Persona 5 Royal is coming to Xbox and Xbox Game Pass on October 21st, with Persona 3 Portable and Persona 4 Golden releasing sometime in 2023. As for release windows for the Playstation 5 and Steam versions of these games, currently, there is no timeline. Whether Persona 5 Royal will launch on Xbox first or at the same time as all three platforms is currently unknown.

For more news find it here in Playstation Looks To Be Skipping Gamescom 2022 and Blizzard Confirms World Of Warcraft Dragonflight Expansion Releases By End Of 2022.