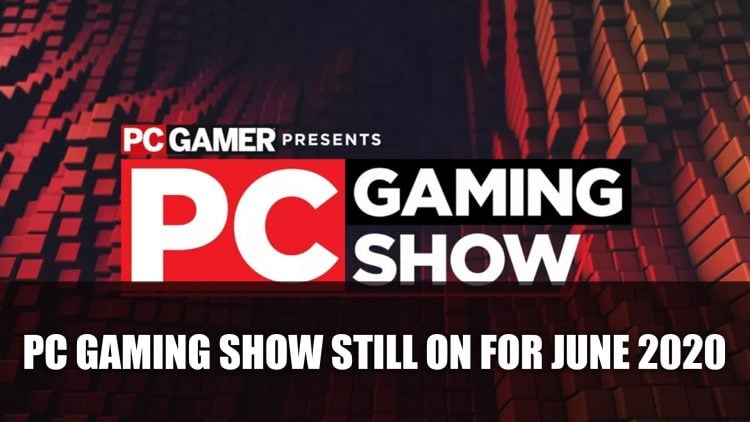 The PC Gaming Show will be returning on June 6th, setting to host press conferences digitally.

Many events have been cancelled due to the current situation, but the PC Gaming Show will be going ahead on June 6th. E3 2020 which was also suppose to take place in June was cancelled, and the press conferences that were meant to happen during E3 were expected to be hosted in a digital format instead.

The PC Gaming Show will be hosting announcements from the likes of Intel, Epic Games Store, Tripwire Interactive Frontier, Merge, Humble Bundle, Guerrilla Collective and Perfect World. The format will be similar to that of last year’s show, meaning trailers, announcements and talks with developers. It will be great to see news from Perfect World who are the publishers for upcoming Action-RPG Magic: Legends set to release this 2020.

The PC Gaming Show will return on June 6 https://t.co/YKprsU8oT1 pic.twitter.com/Bq6sQr2QRX

This isn’t only digital event to pop up during June, with IGN “Summer of Gaming” taking place in June as well as Steam Game Festival Summer Edition happening from June 9th to 14th.

The PC Gaming Show showcase will be livestreamed on Twitch as well as other platforms on June 6th.

For a roundup of recent news be sure to read next Top RPG News Of The Week: April 26th (MHW Iceborne, Digimon Survive, Torchlight 3 And More!).