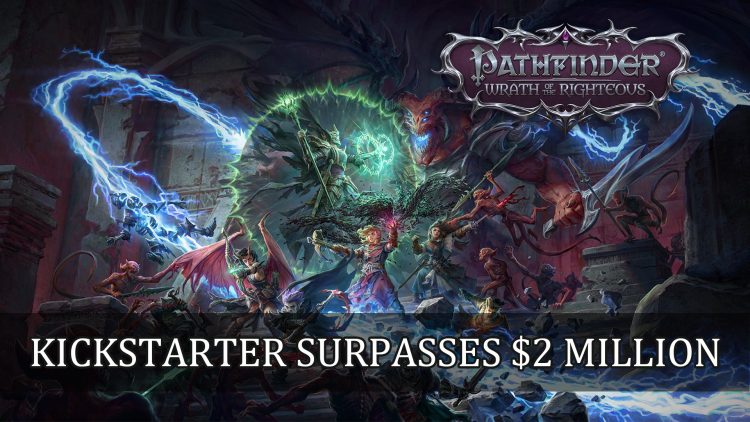 Developer Owlcat Games announces they have smashed through their original Kickstarter goal for Pathfinder: Wrath of the Righteous and surpassed $2 million.

Owlcat Games started their Kickstarter for Pathfinder: Wrath of the Righteous, a game adapted from the legendary tableltop RPG in early February this year, blowing through their original goal of $300,000 within the first 15 hours. The project has now ended surpassing a massive $2 million in backing.

This also means the developer has completed all the original stretch goals that first has an aim of $915k, but more goals were added as they racked up backing. All were completed except the dinosaurs and hunter class, but they gained number of additions 20 in fact, which include romance options, new Skald class as well as more featured races.

Owlcat have announced they will have a new website up and running at the end of the month as well as the first closed alpha testing. They have also unveiled a new alternative visual, a player’s character who follows the path of Lich, instead of the Angel’s path. This shows the true nature of the Mythic Lich, a more evil alternative option the good Mythic Angel. 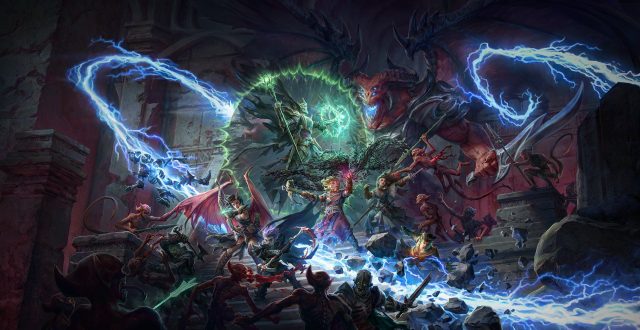 I express sincere gratitude to every backer who has supported us. This Kickstarter campaign was incredibly successful and our team is amazed by the overwhelming support of backers who share our love of Pathfinder. For us, it is essential to communicate with the core players from the early stages of development. We are looking forward to getting the players’ feedback during a closed alpha test in April.

But that’s not all, those who want to get their orders in will be able to pre-order later this month. Those who backed the project can access an account that will let them manage and upgrade their pledges to gain additional add-ons, receive digital rewards and edit personal info. It also gives a chance to those who want to continue supporting the development of Wrath of the Righteous by purchasing packages will have similar tiers from the Kickstarter campaign. This will help in reaching the very last goal of dinosaurs as a companion pet and Hunter class.

Pathfinder: Wrath of the Righteous Features

You can find a list of the current features that have been funded and added to the game below:

If you missed be sure to check out our Pathfinder: Wrath of the Righteous gameplay video which includes an interview with Owlcat Games at Pax East 2020.

For more news be sure to read next New Witcher Game To Start Development After Cyberpunk 2077 and Warhammer Chaosbane Free Character DLC Trailer. If you’re interested in picking Pathfinder: Kingmaker be sure to check out our builds, beginner’s guide and drop by our wiki.