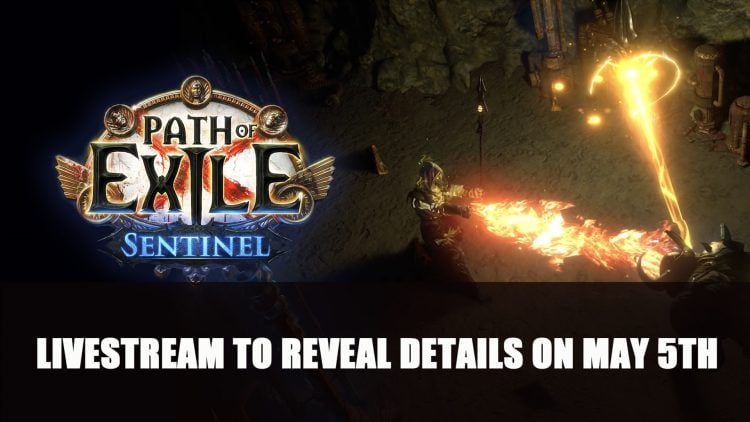 Grinding Gear Games will be hosting a live stream reveal of full details for the Path of Exile Sentinel expansion which releases on May 13th.

Exiles will be able to learn all the full details for the upcoming expansion for the free-to-play online Action-RPG Path of Exile: Sentinel on May 5th at 1pm PDT, as Grinding Gear Games will be hosting a livestream covering all new content and features. Players can expect to see a new trailer reveal and a deep dive into what will be introduced in the expansion. If you want to tune in you can watch it on the official Path of Exile Twitch stream.

In case you missed it, GGG teased the expansion title back in April, which showed a few in-game screenshots, not much else has been divulged but all details will be unveiled during the live stream. Another reason to tune in live is to gain Rapture Wings which will be available at the start of the live stream until 10 PM PDT for all channels streaming Path of Exile during that time. You will need to watch an accumulated 45 minutes in order to claim the drop and have your Twitch account linked to your Path of Exile account. 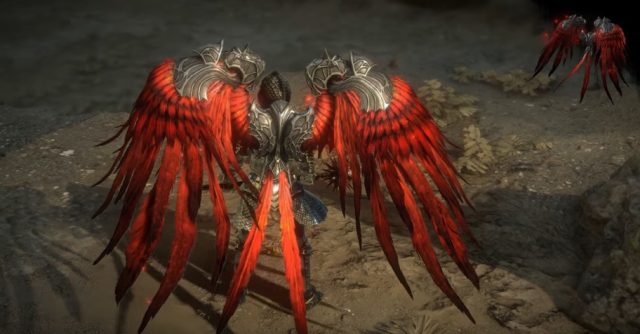 Previously the developer has announced that Path of Exile 2 is in the works, with the first beta to appear sometime this year according to the official website. Path of Exile is not a separate game but sets to add seven new act stories that take place 20 years after the end of the first game. Many changes will come with POE2 this including the game’s core systems, new skill gem system and reworked mechanics for each of the game’s seven character classes. Along with these gameplay changes are some visual overhauls with physics-based rendering to give a more “realistic look”.

Earlier in February of this year, the Siege of the Atlas expansion brought big changes to the endgame Atlas map system, with the Atlas Passive Tree being simplified, adding the Archnemesis Challenge League, plus new items and treasures. The Siege of Atlas replaced the Scourge expansion.

Path of Exile is currently available to play on PC and consoles, and will launch its next expansion Sentinel on May 13th.

For more news find it here in Trek To Yomi Is An Action Game Homage To Kurosawa Samurai Films, Releases May 5 and Oaken A Magical Card Battler Heads Into PC Early Access.