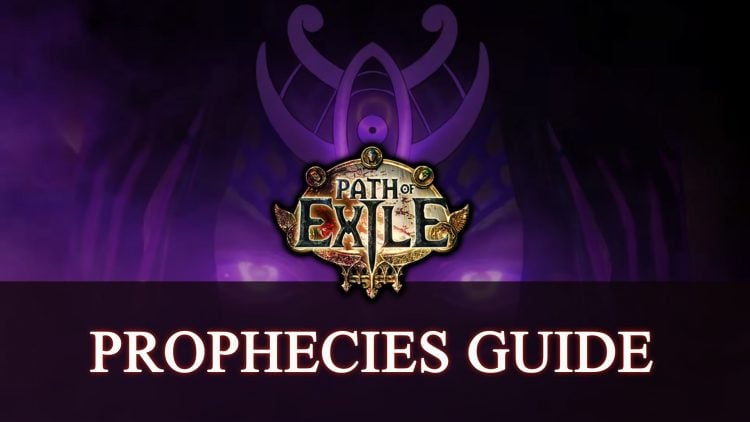 Prophecies are part of Path of Exile tied to the NPC called Navali. There are many mechanics that come with prophecies that we will cover in this guide. They are closely related to quests however their requirements can significantly vary in terms of what they will need from a player. Rewards gained can vary from unique items, meta-crafting mods, upgraded unique items, currencies and many more.

Prophecies become available in Act 1 when you rescue Navali in The Climb area. Afterwards she will be available at every town and can be invited to a Hideout as well. 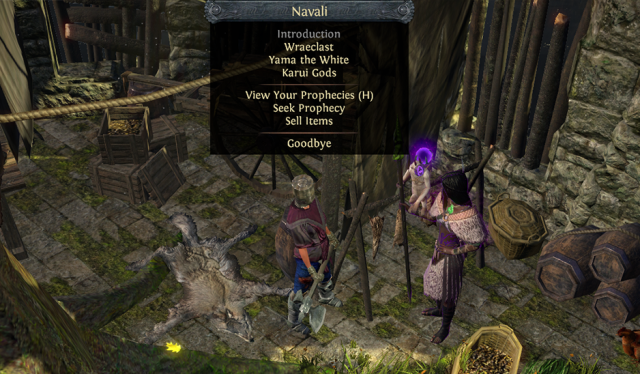 By talking to her she will offer Seek Prophecy, Seal Prophecy and Trade Divination Card options. To seek and seal prophecies you will need Silver Coins.

These coins are only used for prophecies and currently have no use outside of prophecies for now. Silver Coins are randomly dropped from enemies, destructible objects and chests.

Their drop rate has been tweaked a couple of times but they are still considered uncommon drops. Note that normal drop rates of Silver Coins are unrestricted but when Prophecy is active in that instance, only 1 Silver Coin can drop for that particular instance. Still the best way for acquiring these coins or profiting from having a lot of them is through trading with other players.

Seek Prophecies option adds new ones to the Prophecies screen. Upon clicking Seek Prophecy option, 1 Silver Coin will be deducted from your tally and the new Prophecy will become active.

These are considered as rewards themselves, meaning there is no handing them in to Navali. There are more then 200 prophecies at this point, with a considerable amount of variation when it comes to what they require, as well as the rewards you will gain upon completion. Some prophecies are tied to a particular zone and when you enter that zone, the prophecy will be displayed on the right-hand side among other quests and displayed in purple.

Note: When doing zone related prophecies you must not leave the zone when the prophecy remains active. You must complete it before leaving the zone, so as not to lose it in the process. Sometimes prophecies won’t trigger in a zone where they should be, in this case you have to seal and use them again. Also multiple prophecies cannot be active if they are tied to the same area. Ones that are not area specific, however, can be active at the same time.

Prophecy Chains are essentially quest chains that some prophecies have. They are easy to recognise as they have a number next to the prophecy name. These will be received in order and offer great rewards upon completing the final quest in the chain. The higher you climb the chain, the more challenging it will be to complete it.

Let’s take the example of the prophecy chain quest The Plaguemaw. It has 5 quests in its chain and the reward for completing it is a Key, that increases quantity of items by 5% when used with maps in map device. It can also drop Breath of the Council unique Sceptre, but there is only a chance that this item will drop, so it all depends on RNG in the end. Meta-crafting mod recipe ‘Of Spellcraft‘ can also drop from this prophecy.

Fated Uniques are upgraded unique items that can be only obtained through prophecies. How these type of prophecies work is that you are given a task to kill an enemy with a specific unique weapon. After completing that task a unique weapon will be upgraded to a new, more powerful version.

For this to work you need to have that specific weapon equipped or in your inventory at the time of killing the enemy. Only one unique can be upgraded per prophecy and that unique must not be corrupted otherwise it won’t work.

These prophecies require you to craft in order to complete the task and rewards can be additional currency or specific modifiers on an item.

Tempest Prophecies will require players to just be in a specific zone and the prophecy will be automatically become fulfilled. By fulfilling the prophecy the area that you have just entered will grant 30% increased item quantity and rarity. Also on these maps there will be circles on the ground know as Tempests, these provide buffs to players and monsters (if they stand in the circle). These buffs can vary from All hits are Crits, increased Mana and HP regen, to negative ones that can reduce Resistances, increase damage taken and many more. For a Tempest to activate, you will need to stay in the circle for at least 4 seconds. Afterwards it applies either a buff or debuff depending on it’s type, to everyone in it’s radius which lasts for 10 seconds. Here are some examples of what tempest activation circles look like: 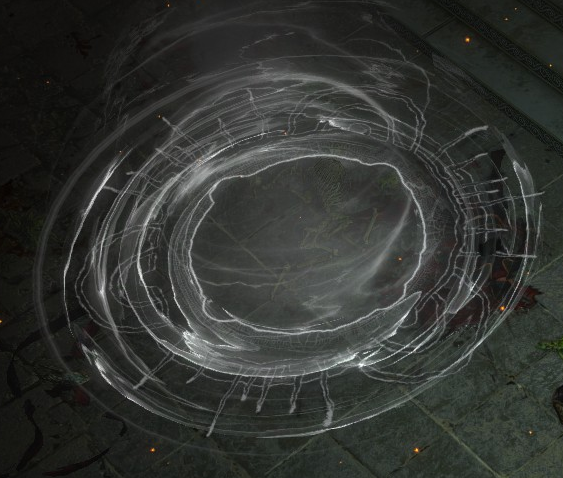 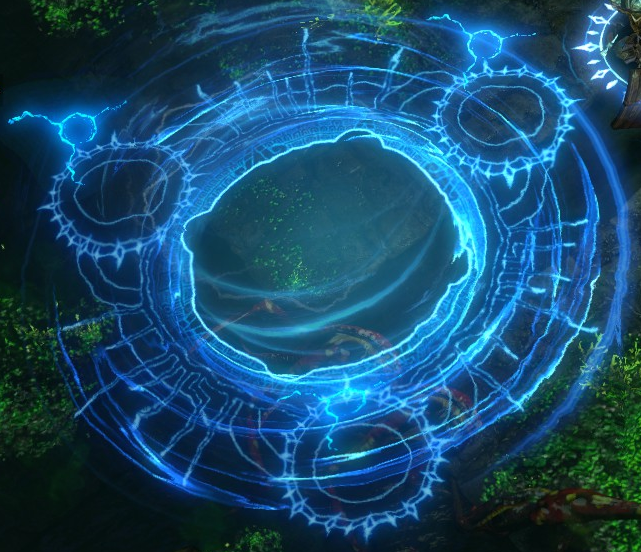 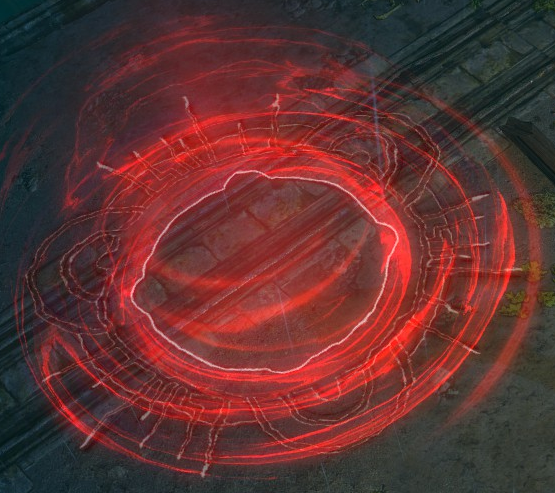 Vaal Winds is a specific prophecy that spawns corrupted tempests on the ground. These tempests last for 5 secs and make every item that you find while the buff is active become corrupt. Vaal Winds prophecy is quite valuable because corrupted items have more of a chance to have 6 sockets that are linked. To make the most out of these buffs make sure you have good quicksilver flasks available to efficiently clear as many monsters as possible during those 5 secs.

Seal Prophecy option means removing that prophecy from the prophecies screen. When doing so you receive an orb related to that sealed prophecy. That orb can be then traded amongst players, sold or used which makes the prophecy active again. Cost of sealing can be anywhere between 1 to 9 coins, depending on the prophecy type and can be quite expensive in some instances. Note that using a sealing Prophecy Chain will cause that chain to reset.

You can have 7 prophecies active at once, but some are difficulty locked so it might be impossible to finish them. That means they can take up that spot and will remain there for quite some time. It is far better to choose ones that can be completed and this is why we make use of sealing option.

Besides prophecies, Navali can also be used as a divination cards vendor, Tasuni in Highgate is another one. Divination cards are items that can be exchanged for rewards only at these particular vendors. There are many card types that are all dropped from enemies and loot containers in their specific areas. The great thing about these cards is that they offer another way to get great end-game items. For example, if you collect 5 Audacity Cards that drop only from the Apex of Sacrifice area, then you can exchange them for the Doryanis Fist Unique Weapon. These cards offer many rewards, not only weapons or armor, but also currencies, Flasks, Skill Gems and Maps can all be acquired from these cards. 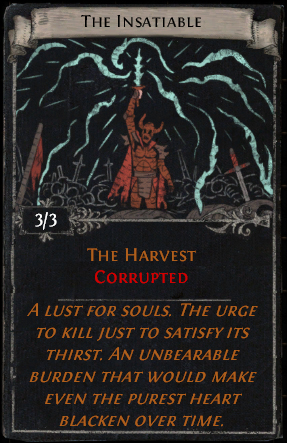 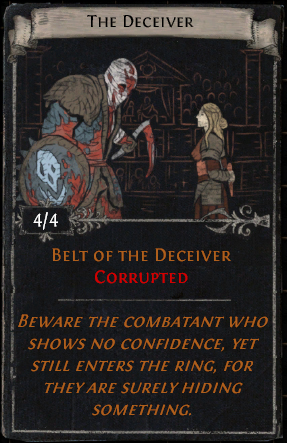 It is important to know that every gear item received is going to be the same as the player’s current level when exchanging cards for rewards, but the items gained are capped at 80. Also cards suffer from a drop rate penalty when in areas that are 3 or more levels lower than your character. Decreased chance is 2.5% per level and this is also true for currencies.

Prophecies are an optional mechanic but can yield rewarding items at times. They are tied to the Navali NPC who you can seek, seal and trade divination cards with. They offer a range of tasks available and there is a large variety off them to pick up which adds depth and added farming options to Path of Exile. While most prophecies are best used at higher levels, there is no reason to not use ones that grant currencies as a reward, such as Lasting Impressions that grants 15 Scrolls of Wisdom for reading any environmental lore text, or even Ending the Torment that spawns a tormented spirit upon defeating a rare monster. Saving Silver Coins for higher levels and end game is better but you can play with some prophecies at early levels just to mix things up or to use them without repercussions. Don’t go overboard as Silver Coins are not that common, so use them wisely. 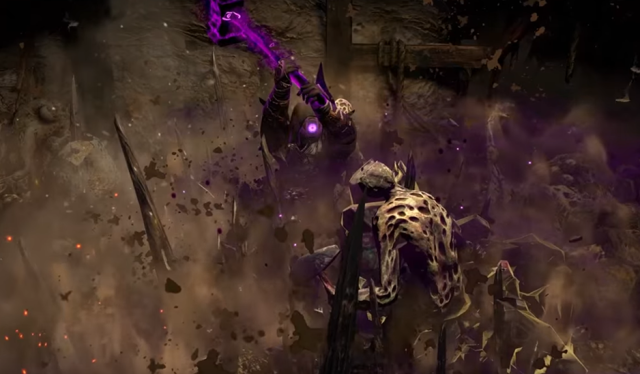 Especially useful prophecies are ones of crafting nature as they have an option to instantly increase quality to 20%, turn a normal item into a unique one or increase map quality to 20% with single Chisel. Other useful effects include receiving an automatic 6 links when using Jeweler’s Orb on 2h weapons or body armour, and getting 6 sockets in the process are all valuable prophecies for end-game use.

Hopefully this will clear up any confusion about prophecies, so go out there and seek your fate!