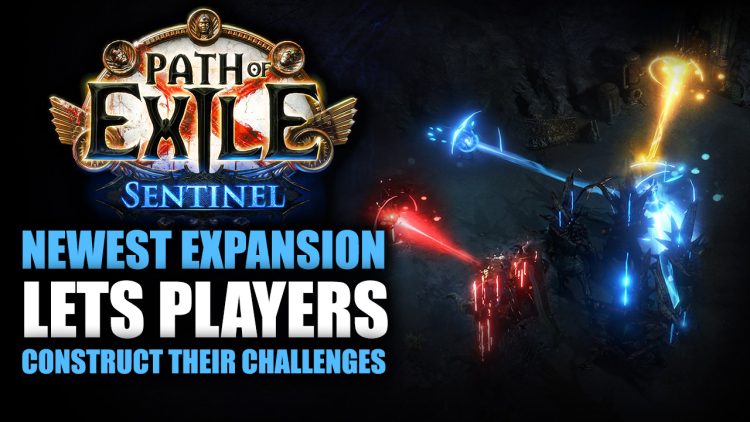 Path of Exile’s newest expansion includes a unique new mechanic: the Sentinel. The expansion will be available on May 13, 2022.

Path of Exile Gets New Expansion Called Sentinel; Releases on May 13

Path of Exile players have the newest expansion to look forward to next week, called Sentinel. Releasing on May 13th, the expansion will bring forth many new features, armor, weapons, fixes, quality of life updates as well as full controller and Steam Deck Support. 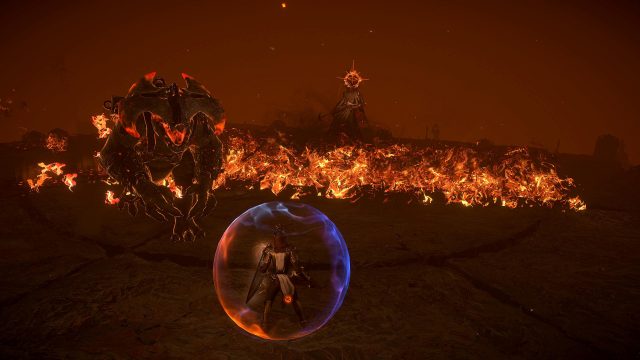 However, no balance changes are in sight. Why is that, you ask? Let’s find out.

What’s in a Sentinel?

The main draw of this expansion is the titular Sentinel, a new discovery that has been appearing throughout Wraeclast. Sentinels are companion contraptions that follow the player around for a set duration, Empowering enemies. Foes that have been buffed by Sentinels are indeed made stronger but have the potential to drop even better rewards. 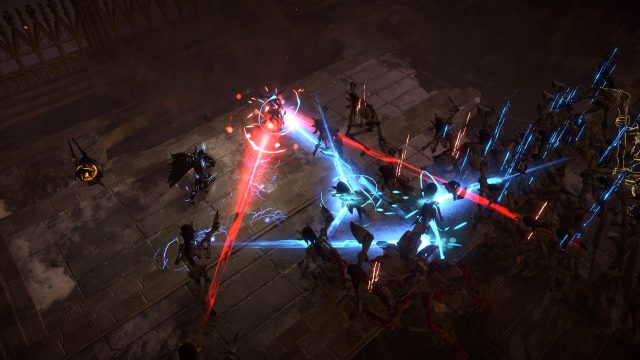 At the moment, there will be three basic types of Sentinels: Stalker, Pandemonium, and Apex. The Stalker Sentinel follows players around for 30 seconds while affecting one foe after the other in quick succession. Pandemonium Sentinels can empower large groups of enemies at once, even possibly entire screens. However, due to its power, it can only empower once per map. Lastly, the Apex Sentinels have the potential to Empower Rare or Unique enemies, creating the largest challenge but also giving the best loot. 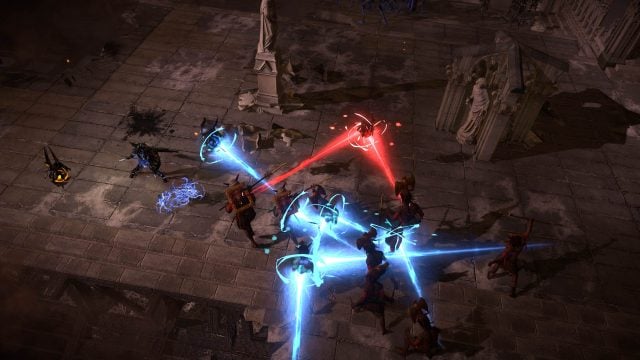 Initially, players can only have 1 Sentinel but can unlock two more slots to have one of each kind. Sentinels can only be deployed once per area. You can choose the best opportunity to use a sentinel.

Sentinels can be enhanced to Empower enemies faster, empower more enemies, or increase the radius that they can empower. The greater the risk that the Sentinels create, the greater the reward. Rare Sentinels can also be discovered that have more than two modifiers on them. Of course, this also exponentially increases the chance that loot will be more rewarding. 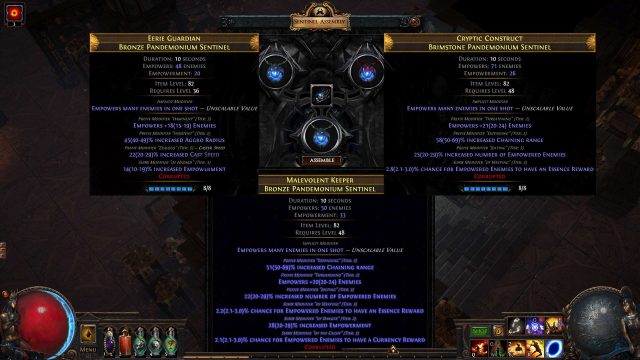 The world of Wraeclas also contains some unique Sentinels. These exceptional discoveries are more powerful than the magic or rare versions and are highly specialized in some aspects. One example is the Pandemonium Sentinel called “The Basilisk”. This causes Empowered enemies to be Petrified for the first 5 seconds, giving players ample time to beat down their HP before they even become a threat. The “Hollowed-Eyed Skull” Stalker Sentinel, on the other hand, lets players temporarily gain rare monster modifiers whenever they are slain.

Path of Exile: Customizing Your Sentinel 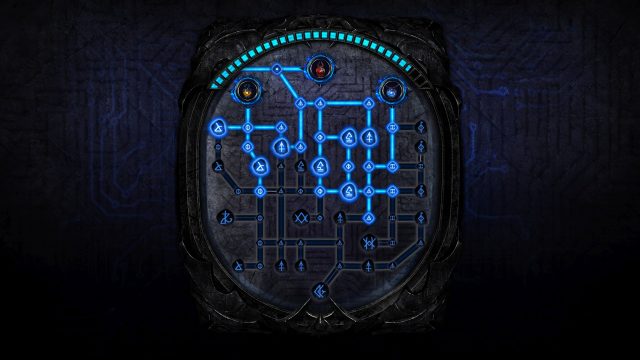 Filaments are the segments in between runic nodes, and the paths that dictate what passives can get powered up.

Sentinels can’t be damaged, but will eventually run out of internal power. The used-up Sentinels can be then salvaged to enhance or combine into new Sentinels. Properties can be influenced, just like other crafting methods.

Power Cores are new items that will essentially disassemble two spent Sentinels and harvest the parts to create a new Sentinel that is a hybrid of the two. The new creation will then be fully charged, and ready to be used.

There are also new, specialized Power Cores that can be obtained that can greatly influence the outcomes of Sentinel Assembly.

One of the new currencies in Path of Exile: Sentinel is called the Recombinator. This allows players to make use of Sentinel Assembly onto their actual items. That is, players can mash together two separate items of the same type, and the possible outcome will have the best (or worst) properties of each. 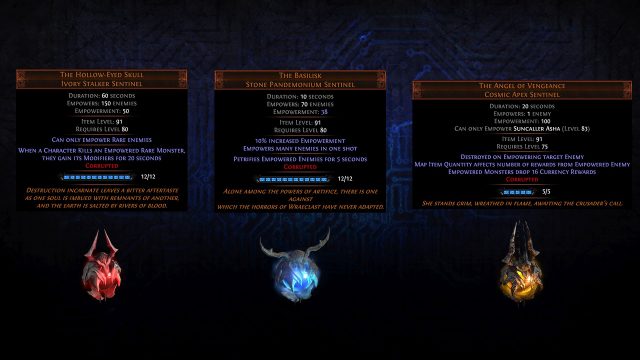 The last Path of Exile expansion, Siege of the Atlas introduced sweeping changes to the Atlas Endgame system. Sentinel further enhances these changes and introduces 20 new keystones so that players can further customize their endgame experience. You have the option to only receive maps of the type you want, and choose how much damage enemies deal and take, among others.

Six of the new Atlas keystones also unleash uber versions of the Path of Exile Pinnacle bosses: Venarius, Sirus, The Maven, The Searing Exarch, The Eater of Worlds, The Shaper, and The Uber Elder. These will be the most challenging content available in the game and will feature the biggest rewards yet. 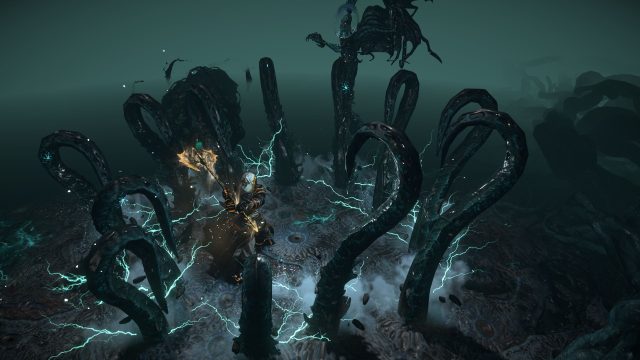 An in-game event will also be available to players in the Hardcore Solo Self-Found Sentinel League. Players in this special league will compete against each other to be the world’s first to slay the Uber Pinnacle Bosses. Triumphant outcasts will be given the opportunity to permanently impact the world and be invited to design unique endgame items or divination cards. 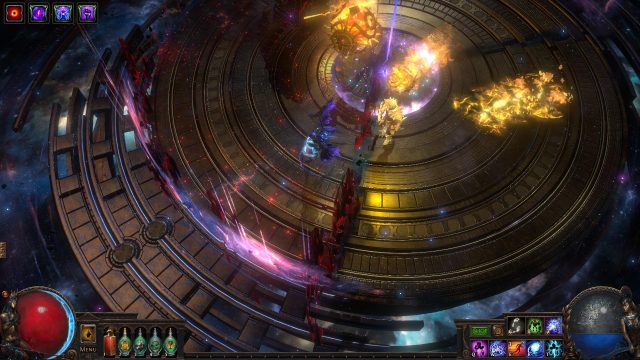 To help players plan as early as now, the Path of Exile: Sentinel expansion is trying something new. There will be absolutely no balance changes in this cycle. No adjustments, no buffs, and definitely no nerfs are coming in. Players can number crunch starting now and create the perfect build to take down the game’s toughest foes.

One of the new updates is revamping all of the monster modifiers in Path of Exile, changing your core experience of the game’s combat. Not only will their colors be much more readable but they will also be more varied this time around in terms of the combinations you will face. 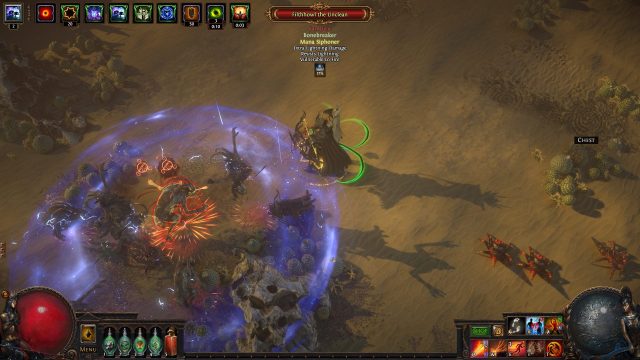 One example of how these will affect encounters is an enemy possessing Storm Strider and Ice Prison. What happens here is it’s possible for Ice Prison to block you in preparation to trap you inside the mirages brought about by Storm Strider.

Best Quality of Life and Other Addons

In terms of the other QoL features, you have Favoured Maps and Portals. Favored Maps allows players to copy that specific map to a different slot, allowing you to quickly add multiple instances. Portals in your hideout now give players the option to choose who can access these. You can choose if everyone, only friends, only guildmates or just you can access your Portals. 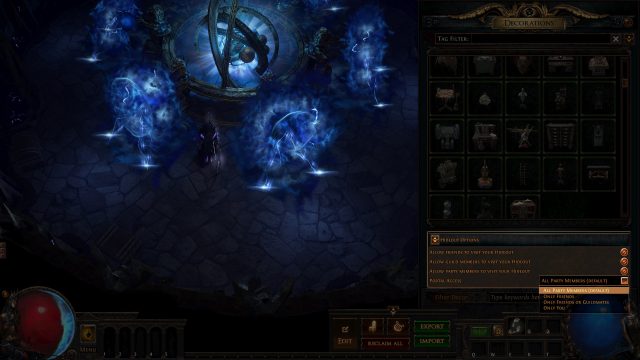 More updates will be released by Grinding Gear Games in the coming days.

Use A Game Controller On PC

Ever since the release of the Archnemesis league, the team has been hard at work testing out the game controller support on PC. So for those who have been patiently waiting to get their hands on Path of Exile, now is the best time to dive in since it will be released with Sentinel! 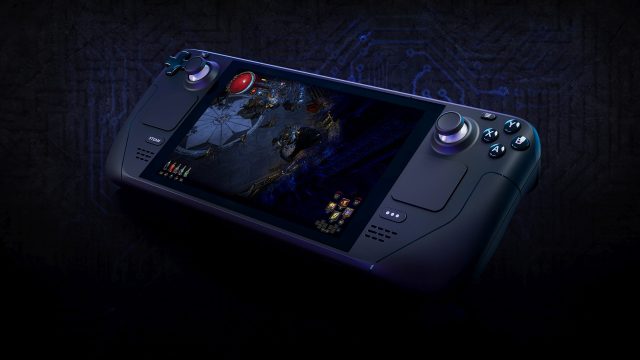 Additionally, the game will also be available on the Steam Deck so you can take it anywhere with you.

The Challenge System of the Path of Exile: Sentinel expansion will definitely be harder, but more rewarding. Early challenges have been adjusted to give rewards after 6 and 12 completions, versus the previous 12 and 24. 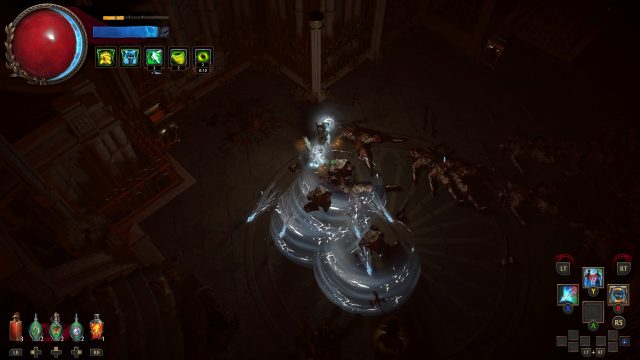 There will be more difficult challenges than before but in the end of it, the experience will be highly satisfying. Rewards will include two armor sets, including wings for both.

In connection with this is Kirac’s Vault, which features unique skins with cosmetic effects upon completing certain objectives. Similar to Lost Ark, this is season pass is purchasable at any time and the rewards are retroactive.

Path of Exile: Sentinel expansion will be available for all starting May 13, 2022 for PC and May 18th for consoles. As usual, the game is free to play.